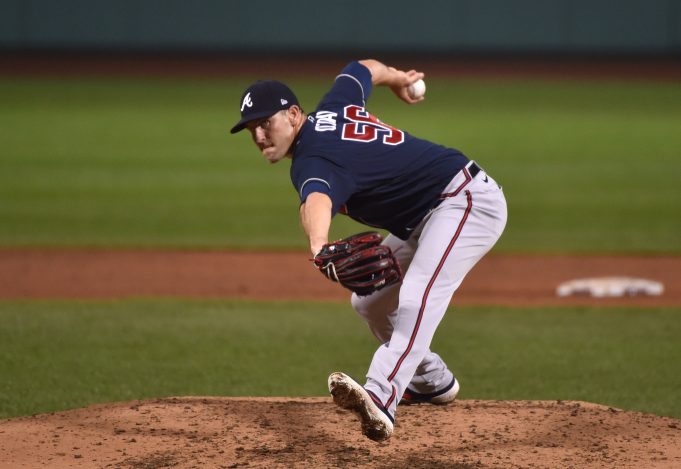 Veteran righty Darren O’Day will join the New York Yankees on a one-year deal and should immediately slot into a middle relief role.

The New York Yankees beefed up their bullpen Wednesday when they agreed to a one-year deal with right-handed reliever Darren O’Day. Lindsey Adler of The Athletic was the first to report the new deal.

So what does adding Darren O’Day mean for the Yankees? Initially, he fills the void left by Adam Ottavino, who was traded to the Boston Red Sox on Monday in a cost-cutting move. Like Ottavino, O’Day is a fastball/slider pitcher whose arm slot throws hitter off balance and leads to strikeouts.

But more importantly, O’Day is a prime hired gun for the Yankees bullpen. He spent seven years with the Baltimore Orioles, even making the 2015 All-Star team, and knows the AL East well. In his career, O’Day owns a 2.25 ERA against AL East teams, including the Yankees. Even better, he’s pitched to a 1.27 mark at Yankee Stadium.

Darren O’Day came to New York with the same goal as every other player who puts on the pinstripes: win it all.

Hopefully, his presence in the bullpen helps the Yankees win that ever-elusive 28th World Series title.