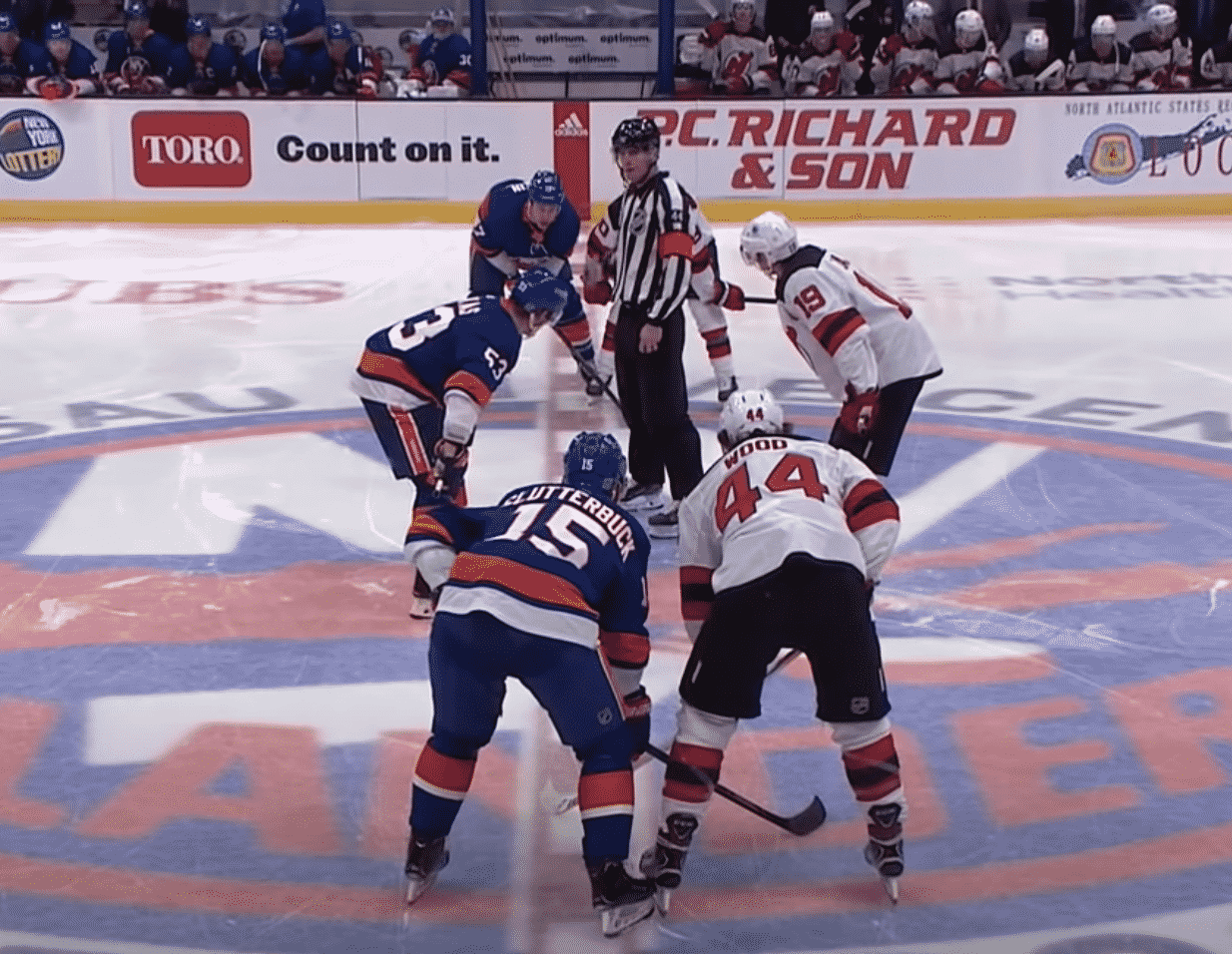 The Devils suffered their first regulation loss at the hands of the Islanders. Can they bounce back in game two?

On Friday, the New Jersey Devils went home pointless for the first time this season. It was their first regulation loss of the year, and it was an ugly one. The team’s weaknesses were exposed and the absence of some of their best players was glaring.

Would they be able to bounce back in game two of a back-to-back against the New York Islanders?

1st period: Who but Hughes (and Smith)

The Devils looked like the better team from the get-go, and weren’t scared to apply pressure early on.

Their first big scoring chance came five minutes in, with Travis Zajac having some great looks in front of the Islanders’ net.

With 12:50 left, the Devils were sent to the penalty kill for the first time, and did a fine job there.

Scott Wedgewood, who’s been filling in for MacKenzie Blackwood while he spends some time on the COVID-19 protocol list, made some great saves to ensure no damage would be done.

Prior to New York’s power play, the Devils paid tribute to former captain Andy Greene and long-time netminder Cory Schneider, both of whom are now with the Islanders.

With 6:27 left, Sorokin made a phenomenal save on a great chance by Miles Wood.

The Islanders began to look more dominant as the period went on but with 3:37 left, Islanders defenseman Scott Mayfield was penalized for hooking. The Devils wasted no time getting on the board here.

Who but Jack Hughes? Hughes, who is off to an incredible start to his season, sniped one past Sorokin to get his team on the board first. And, of course, rookie defenseman Ty Smith recorded yet another assist on the play.

These two make for quite the dangerous duo.

This goal gave the Devils momentum. Shortly after, with one minute left, to be exact, Pavel Zacha was able to take advantage of the Islanders’ poor play in front of their net and finally score his first goal of the season.

Smith, of course, had an assist on this goal, but so did Nikita Gusev. Gusev and Zacha have both had slow starts to the season, offensively, and it’s important to get them going. This was a good first step in that direction.

The Devils did everything right here, and set themselves up for success.

The remainder of the game was pretty uneventful for the Devils and was highlighted by the Islanders trying their best to play catch-up.

The Devils did have an opportunity on the power play early in the period, but were unable to score. Zacha had a great look in front of the Islanders’ net, but couldn’t convert.

With 13:50 left, it seemed almost certain that Jordan Eberle, who had a great look on a wide-open net, would score. Wedgewood made an incredible pad save to keep the shutout alive.

This was another unexcited period for the Devils other than some more good saves by Wedgewood. Janne Kuokkanen committed a late penalty, but the Devils did a fantastic job on the kill.

Wedgewood was solid and the team played enough good defense to get their goalie his first shutout as a Devil.

This was a big bounce-back win for the Devils, who showed that they are more than capable of learning from their mistakes and rebounding after a loss.

This game also proved that they’re capable of winning games with Wedgewood in net, something that’ll make the season go smoother.

Key Moment: Wedgewood’s save on a wide-open Eberle

This game was the Wedgewood show, and his great pad save on Eberle in the second period embodies that.

His awareness of Eberle and that he had the puck as well as his quickness to react laterally so well allowed him to make an important save. You can watch the save below at 0:20, as well as the remainder of Wedgewood’s saves.

Scott Wedgewood was perfect in his @pepsi shutout! pic.twitter.com/dg2O2WC140

Player of the game: Scott Wedgewood

Smith did have a multi-point game, but Wedgewood stole the show. Wedgewood conceded zero goals on 28 shots, and many of his saves were excellent. The Islanders got off to a slow start, but were able to take control at various points throughout the game.

However, Wedgewood prevented anything from coming of that. With Corey Crawford retiring abruptly just days before the season commenced, the Devils were believed to have a significant goaltending problem.

The worry surrounding that position was exacerbated when it was announced that Blackwood would be placed on the COVID-19 protocol list.

In a tough game against one of the best teams in the league, however, Wedgewood might have proved that he can win games for the Devils while Blackwood is out and that he can be a solid number two option.