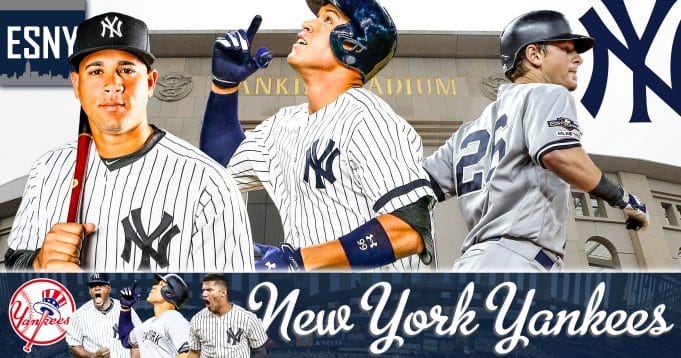 The New York Yankees still have starting rotation holes to fill, and they’ve now emerged as the frontrunners to acquire Jameson Taillon.

The New York Yankees are finally making moves this off-season. Now that DJ LeMahieu is back and Corey Kluber is on the way, they’re turning their attention to the trade market.

And it looks like their target is Jameson Taillon of the Pittsburgh Pirates.

Per source, the Yankees are in talks with the Pirates on Jameson Taillon. Nothing is done, but they appear to be emerging as the frontrunner to deal for him.

Taillon missed the entirety of the 2020 season after undergoing Tommy John surgery. In his last full season in 2018, Taillon posted a 3.20 ERA over 191.0 innings.

Taillon also fits well within the Yankees’ budget constraints. In his second year of arbitration, Taillon is due only $2,250,000 in 2021 and will be under team control in 2022 as well. Unfortunately, that also means the Pirates aren’t just looking to shed salary. They’re going to want some serious prospects in return, a young catcher with high upside in particular.

A Taillon trade has always been put this way to me by sources: "I don't think Ben [Cherington] does it now unless he gets a haul."

Methinks Ben might be getting a haul for Taillon here.

I've heard Pirates are looking for a young catcher with upside in talks with other teams this winter. Could be something they target in a Taillon package.

The Yankees have two potential candidates in that regard in Austin Wells and Anthony Seigler. Seigler stands out as the more likely option as he’s further away from making his Major League debut and the Pirates will have no need for competitive players in the coming years.

For the Yankees, they’ll be taking a huge gamble on Taillon’s health. When he can stay on the field, he can be one of the best pitchers in the game. And as we’ve seen, the Pirates have a hard time getting the best out of their young pitchers like Gerrit Cole and Tyler Glasnow. Cole reportedly supports a reunion with his former Pirates teammate as well. There should be little doubt that the Yankees can turn Taillon into a consistent frontline starter.

The doubt, however, comes with Taillon’s health. He hasn’t pitched a full Major League season since 2018. He’s undergone Tommy John surgery twice already. And as it stands now, the Yankees are going to need Taillon to bear a heavy burden.

Regardless, the Yankees need starting pitching. They’re in a window of contention, and the only thing that’s held them back in recent years is their lack of starting pitching. But a postseason rotation of Gerrit Cole, Luis Severino, Jameson Taillon and Corey Kluber can go a long way in solving that problem.

Taillon is a risk. But it’s likely that any player dealt in the trade wouldn’t have factored in to the Yankees 2021 plans anyway. This team is built to win right now, and GM Brian Cashman should be willing to do whatever it takes to achieve that goal.