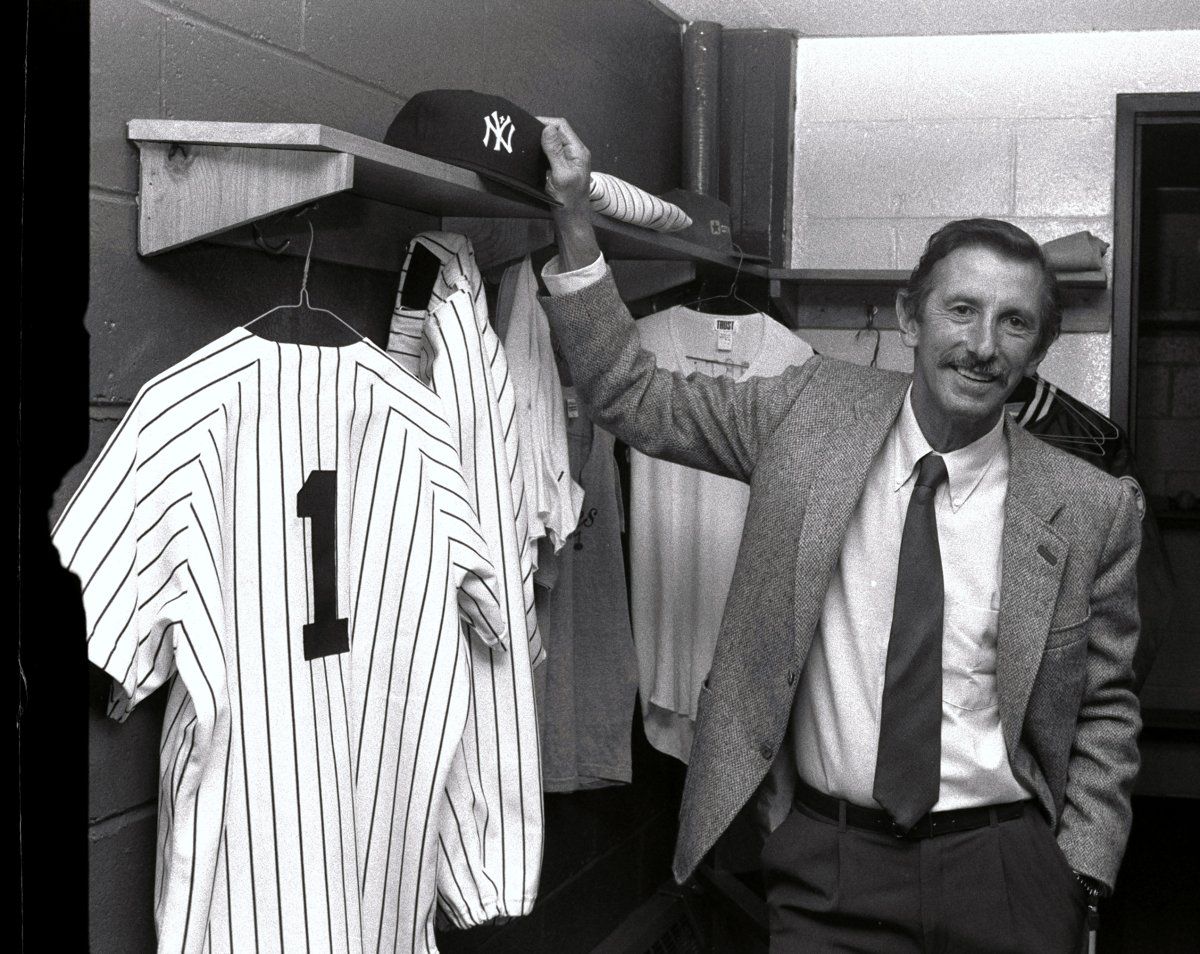 The New York Yankees retired Billy Martin’s uniform number 35 ago. Was he really the best Yankee ever to don the digit?

Every baseball fan knows about the spitfire who was Billy Martin.

In all seriousness, it’s hard to find someone who led as exciting a baseball life as he did. Martin was a skilled infielder who played 11 years in the majors for six teams, including the New York Yankees. In fact, Martin took home four World Series rings as a Yankees player and hit .333 with five home runs and 19 RBI in the postseason.

Martin then retired, but his legacy continued. He established himself as a successful manager with five teams, including a whopping five different stints with the Yankees. Who says you can’t go home?

Throw in his managing the Yankees to a World Series win in the infamous 1977 season, and his number 1 was retired in 1986. Three years later, Martin tragically died in a car crash.

Now, that’s a solid legacy. But let’s be honest. Billy Martin was not a particularly great player. Moreover, his multiple tenures with the Yankees turned into a soap opera between himself and owner George Steinbrenner. The New York Yankees might as well have been The Young and the Restless in the ’80s.

In fact, this very soap opera is exactly why his number should not have been retired. Rather, number 1 should have gone up in Monument Park for someone else entirely.

Let’s throw the hoverboard in the trunk, jump in the DeLorean, and find out why.

As a New York Yankees player, Billy Martin actually wasn’t terrible for his time. Infielders were not expected to be elite hitters in the 1950s, and his numbers reflect that. He was a .257 career hitter and hit .262 in pinstripes. His best season was in 1953, when he hit .257 with 15 home runs and 75 RBI.

Martin also proved an above-average fielder, but proved difficult to work with quite often. His constant clashes with Yankees manager George Weiss led to his being traded to the Kansas City Athletics in 1957. Two decades later, less than a year after leading the Yankees to their first World Series title since 1962, he resigned as the team’s manager due to ongoing conflict with Steinbrenner and star outfielder Reggie Jackson.

Next began the ongoing soap opera between Martin and the polarizing Yankees owner. He was subsequently re-hired and fired four more times up until his death. Seriously, George Steinbrenner and Billy Martin were easily the original Ross & Rachel. Would Martin get re-hired again or would he stay away? I even conducted a scéance in my apartment to try and get answers from The Boss himself, and only got this angry answer from the spirit world several times over:

So, just to recap: a popular but not necessarily good player came back to manage the Yankees, won a World Series, and then came and went four more times? And that’s enough to get his number retired? Because George Steinbrenner couldn’t move on?

The short answer, friends, is no.

Now, let’s make one thing perfectly clear. The New York Yankees have too many retired numbers. They retire them like it’s going out of style. At this rate, some decades down the road, Yankees players will have no choice but to don fractions or decimals instead of whole numbers.

That said, after combing through the archives, there are two players who wore number 1 who would be more deserving of having it retired for them. The first is Bobby Richardson, who took over at second base after Billy Martin was traded. He won five Gold Gloves despite being a fairly average fielder, and also helped the Yankees win three World Series. Richardson is also the only man to be named World Series MVP despite playing for the losing team, as the Yankees were in 1960.

However, the name that sticks out more is Bobby Murcer. Granted, he wore four different numbers over two separate stints with the Yankees, and only wore 1 from 1969-1974. Even so, those were Murcer’s prime Yankee years in which he made four of his five career All-Star Games.

But it’s not just Murcer’s stats (.277 lifetime batting average, 175 home runs as a Yankee) that make him worthy of having his number 1 retired. Rather, he’s so universally beloved in the Yankees community. He was a Yankees broadcaster from 1983 up until his death in 2008 and his Oklahoma drawl made it seem he was watching with you at home.

More importantly, Murcer came through for the Yankees when they needed him most. Mere hours after beloved captain Thurman Munson’s funeral in 1979, he drove in all of the Yankees’ runs in a 5-4 victory over Baltimore.

Mind you, none of this is meant to tarnish Billy Martin’s legacy in pinstripes. The man won as a Yankee, both as a player and manager, and earned a plaque in Monument Park. After all, he did end a near-decade of New York Yankees mediocrity that was more reminiscent of a George Romero film.

But though Martin led the Yankees to their first World Series title in over a decade, his initial run was pretty brief. He arrived in August 1975 and resigned in July 1978. That’s a short time considering he won pennants in back to back years.

The rest of the time, Martin was stuck trying to get championships out of the aging New York Yankees rosters of the ’80s. He tried several times over, but Steinbrenner’s impatience was too great. In fact, he seemed more a Band-Aid solution than a proper manager.

Bobby Murcer, meanwhile, succeeded with the Yankees two separate times. He could have been a franchise star were it not for a disagreement with general manager Gabe Paul in 1975. Even so, he was the consummate professional and returned to a hero’s welcome in ’79. If I may bring out a completely random stat, he hit .291 against Hall of Fame pitchers.

Billy Martin’s accomplishments speak for themselves. He played and managed with a fiery passion which simply cannot be taught. Yet, the Yankees retiring his number was little more than an on again-off again couple reconciling with a huge “I’m sorry” gift.

Bobby Murcer, however, let his work on the field do all the talking and didn’t snipe with anyone in the media. Fans and players loved him across the board, regardless of circumstance.

If number 1 must stay retired, let it be for him instead.