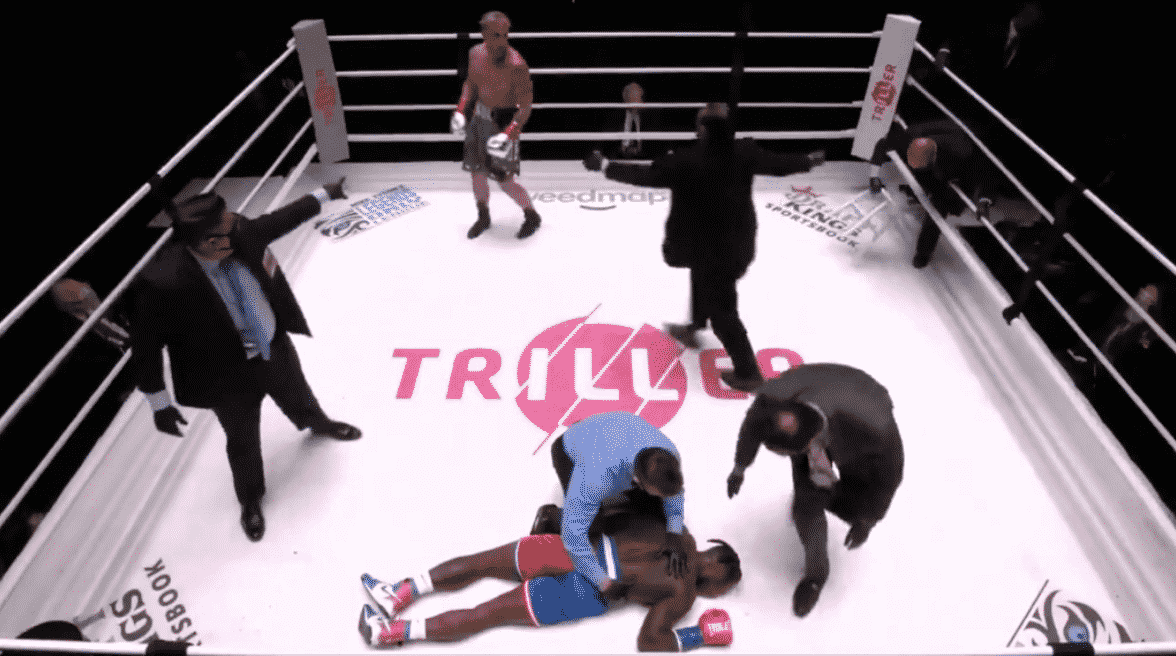 Nate Robinson was a two-time dunk contest champion with the New York Knicks and he had a major slam on Saturday night. It was his face hitting the canvas after a right hook from Jake Paul, but it was a slam nonetheless.

Nate Robinson gets dropped in the orange and blue. Once a Knick always a Knick… https://t.co/vtUbr5fXJl

Robinson looked bad from the start of the fight. Paul knocked him down in the first round and it took the former NBA player nine seconds to stand up. The YouTuber’s height and reach advantage made this one look like a one-sided affair from the opening bell.

Although he ended the fight laying motionless on the mat, Robinson tried to use his speed to get inside on Paul and catch him. Clearly, it was only a matter of time before Paul connected with a punch.

Now, Nate Robinson’s professional boxing debut will be an all-time great meme. Rumor has it that Robinson’s people are already on the phone with Bagel Boss for a fight in Atlantic City. Jokes aside, hopefully, Robinson is OK from this particularly brutal knockout.

And if you are wondering, yes, that is Snoop Dogg yelling, “Call the ambulance!” He joined the broadcasters for the Paul-Robinson fight and our only regret is that the fight ended so soon. Snoop might have a future as a boxing announcer.

The fight took place in the STAPLES Center in Los Angeles, California and it was the final fight before Mike Tyson and Roy Jones Jr. took to the ring for an exhibition match. Even though Tyson and Jones Jr. are the biggest stars, Paul and Robinson stole the show.