New York Yankees shortstop Derek Jeter was recently elected to the Hall of Fame. He can now celebrate with his own FOCO bobblehead. 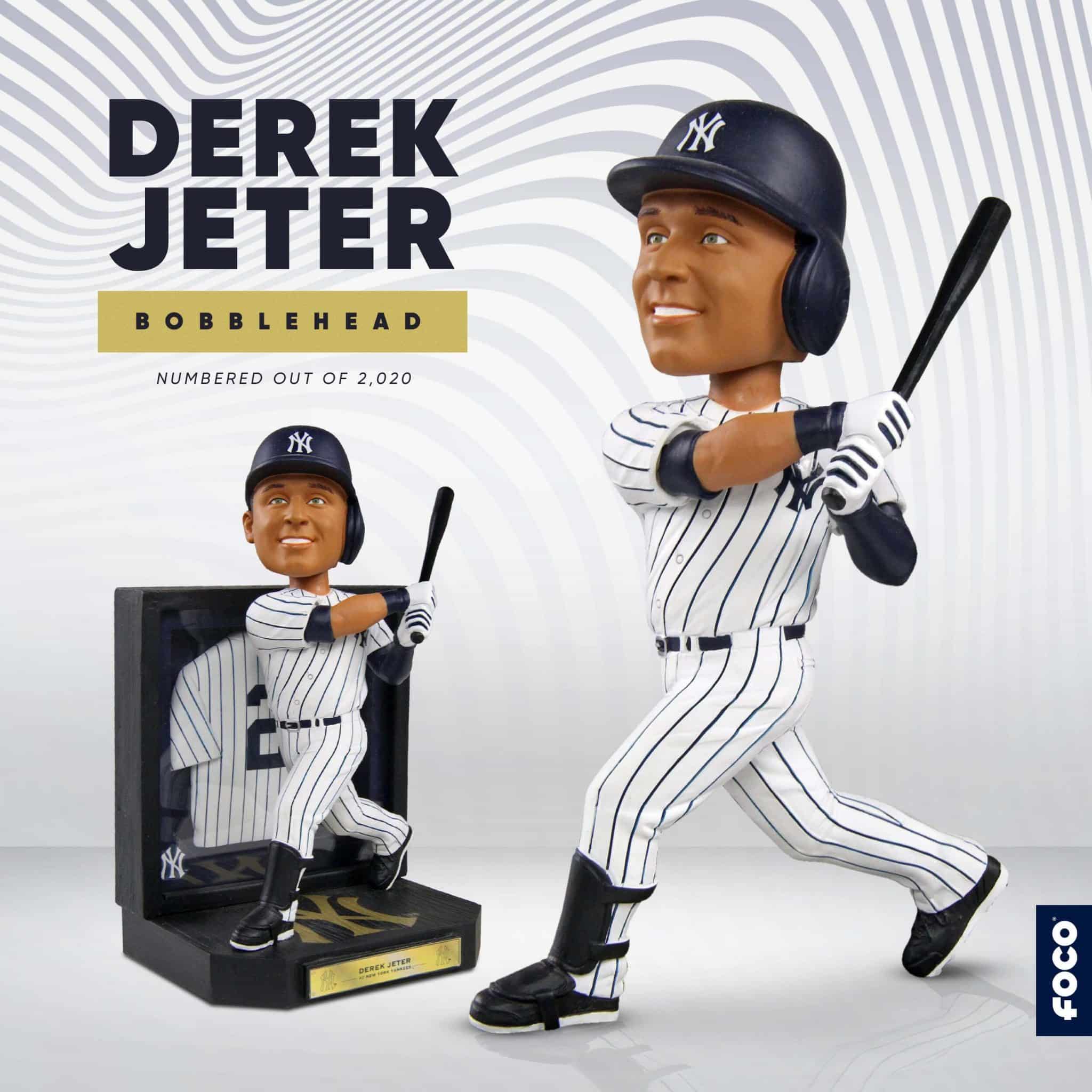 Jeter underwent his first full season with the Yankees in 1996 and became an icon almost immediately. He opened the campaign with his first career home run and hit .314 with 78 RBIs en route to earning the American League Rookie of the Year Award. Jeter also won the first of five World Series rings that same season.

But the World Series titles were just the tip of the iceberg. Additionally, Jeter established himself as one of the game’s premier hitters. Using his signature inside-out swing, he became a master of contact who just knew how to get the job done. He hit over .300 in 12 of his 20 major league seasons. He never won a batting title nor an MVP trophy, but was still one of the top hitters of his generation.

All in all, Jeter retired with a .310 lifetime batting average, 14 All-Star selections, and five Gold Gloves. He hit .308 in the postseason and was the 2000 World Series MVP.

Which is why FOCO’s bobblehead captures Jeter’s essence perfectly. It has the piercing eyes paired with the million-dollar smile. The follow-through on his signature swing is absolutely flawless. His framed number in the back is the cherry on top. Looking at it, you can’t help but hear the immortal Bob Sheppard’s voice announcing him to bat.

Even though Jeter hasn’t played since 2014, his legend lives on not only at Yankee Stadium, but with this new bobblehead.

FOCO has it available for preorder here.