The New York Yankees are heavy favorites in the AL East, but the betting splits show legitimate confidence in the Tampa Bay Rays.

Although most of the tickets placed on the AL East are for the Yankees (55%), the Rays are attracting most of the money. Tampa accounts for 61% of the total handle, leading the Yankees (28%), Boston Red Sox (6%), Toronto Blue Jays (3%), and Baltimore Orioles (2%).

These betting splits — provided by DraftKings Sportsbook — show that while the Yankees might be the heavy favorites to win the AL East, bettors are going after value in the Tampa Bay Rays at +350. 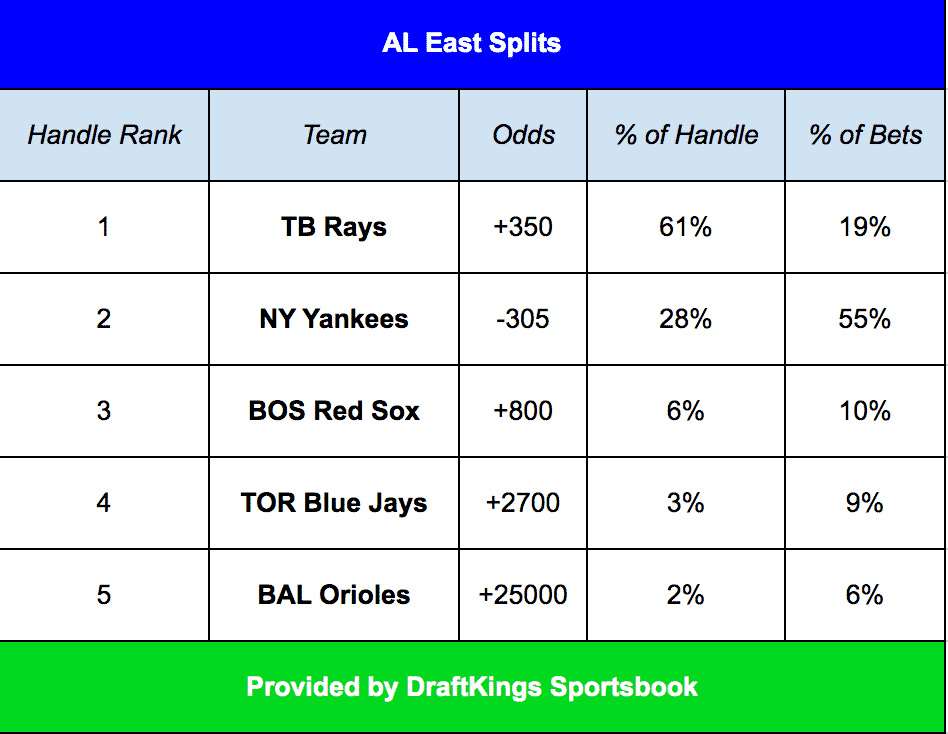 The Rays are no joke and the Yankees know this. Sure, the Yanks won the division comfortably in 2019, finishing seven games ahead of Tampa Bay, but the scrappy Rays finished with an impressive 96 wins. It’s entirely possible that the Rays edge out the Yankees in a shortened, 60-game season in 2020.

A 162-game season leaves plenty of time for the cream to rise to the top and for a talented team like the Yankees, they usually figure things out when all is said and done. However, the margin for error is going to be so slim in 2020. Through 60 games last season, New York held a one-game lead over Tampa.

The Boston Red Sox are expected to take a big step back this season. Trading away Mookie Betts and David Price is going to have a major effect on the lineup and the starting rotation. The bats of Rafael Devers, J.D. Martinez, and Xander Bogaerts should keep the offense afloat, but the rotation is in shambles.

Chris Sale is out for the season after undergoing Tommy John surgery and the team’s current No. 1 — Nathan Eovaldi — has had his own share of injury problems in the past. 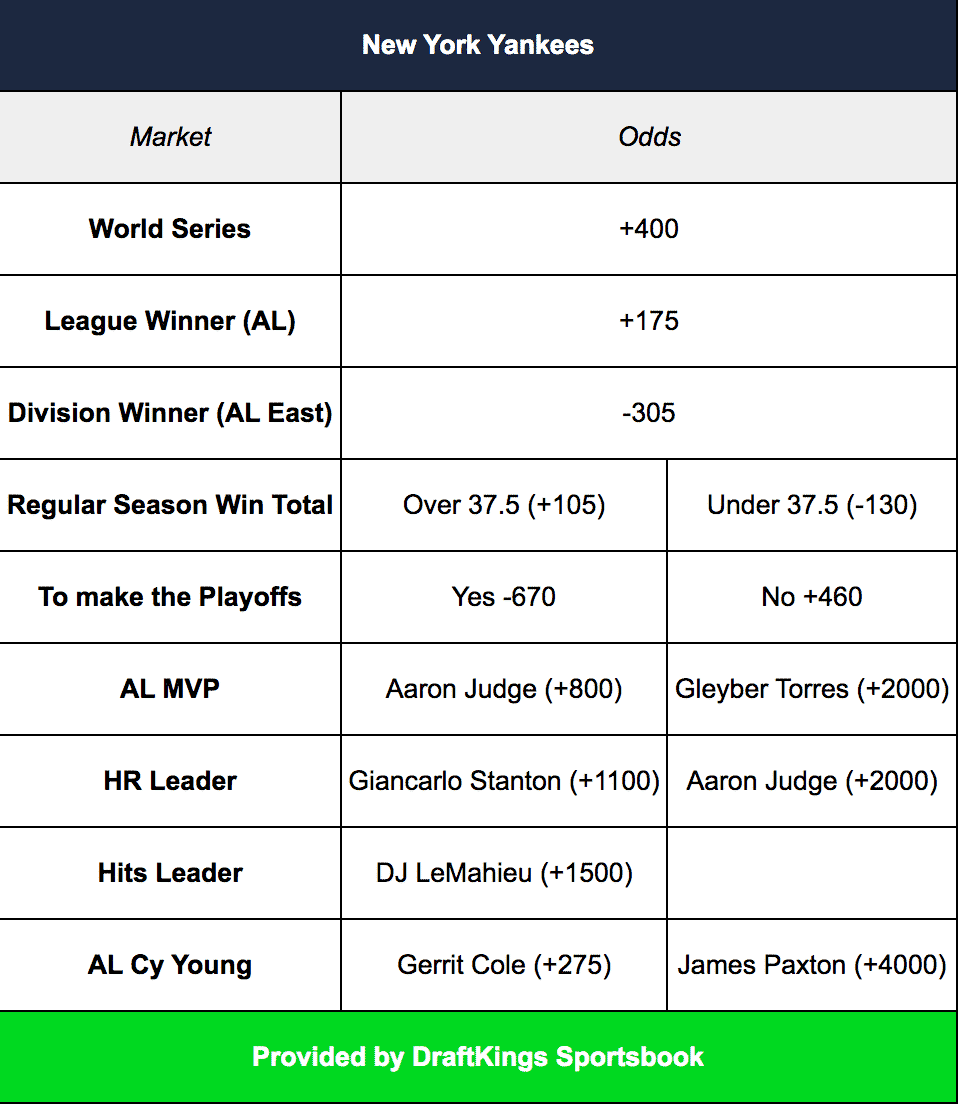 The futures bets here are interesting. The Yankees are strong favorites to win the division, pennant, and World Series, but for bettors who are seeking high value, there are other avenues to take.

Gleyber Torres is already a bonafide All-Star and is likely to bat third in between Aaron Judge and Giancarlo Stanton this year. If he takes another step forward in his development, he is a legitimate MVP candidate with solid value at +2000.

After all, Torres will face the Baltimore Orioles 10 times this season and he absolutely rakes against the Birds. In 18 games last season, Torres hit 13 home runs while driving in 20 runs with a 1.519 OPS. That OPS is downright absurd and it would be impressive in a three-game series, let alone an 18-game season series.

There are plenty of options for Yankees fans this season on DraftKings Sportsbook.