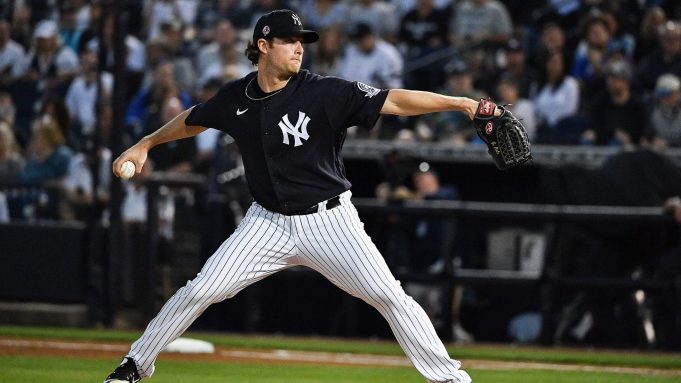 On Monday, New York Yankees fans who follow Gerrit Cole on Twitter were treated to a video of the ace throwing a pitch in the Yankee Stadium bullpen. The footage simultaneously inspires breathtaking hope and agonizing frustration over MLB’s lack of a finalized plan for the 2020 season.

The short video opens with a quick clip of the ballpark from a moving vehicle. It then cuts to a single Cole heater, poured across the inside corner at the letters to a righty batter.

Cole captioned the video with the phrase, “Baseball state of mind.” It’s of course a baseball-themed play on the title of a hit Billy Joel tune about New York City.

In the offseason, the 29-year-old ace signed a record-breaking $324 million contract that will put him in pinstripes for nine years. The first season may never take place though.

MLB and the players’ union have yet to reach an agreement to salvage the COVID-19-delayed 2020 season.

Cole’s tweet came amid a flood of similar messages from MLB players itching to resolve the issues and return to the field.

Bombers utility player Tyler Wade also included himself in the social media action. He summed up the situation perfectly, offering up a single hashtag: “#wereready.”

Cole certainly appears ready to swap his shorts out for long pants with pinstripes.