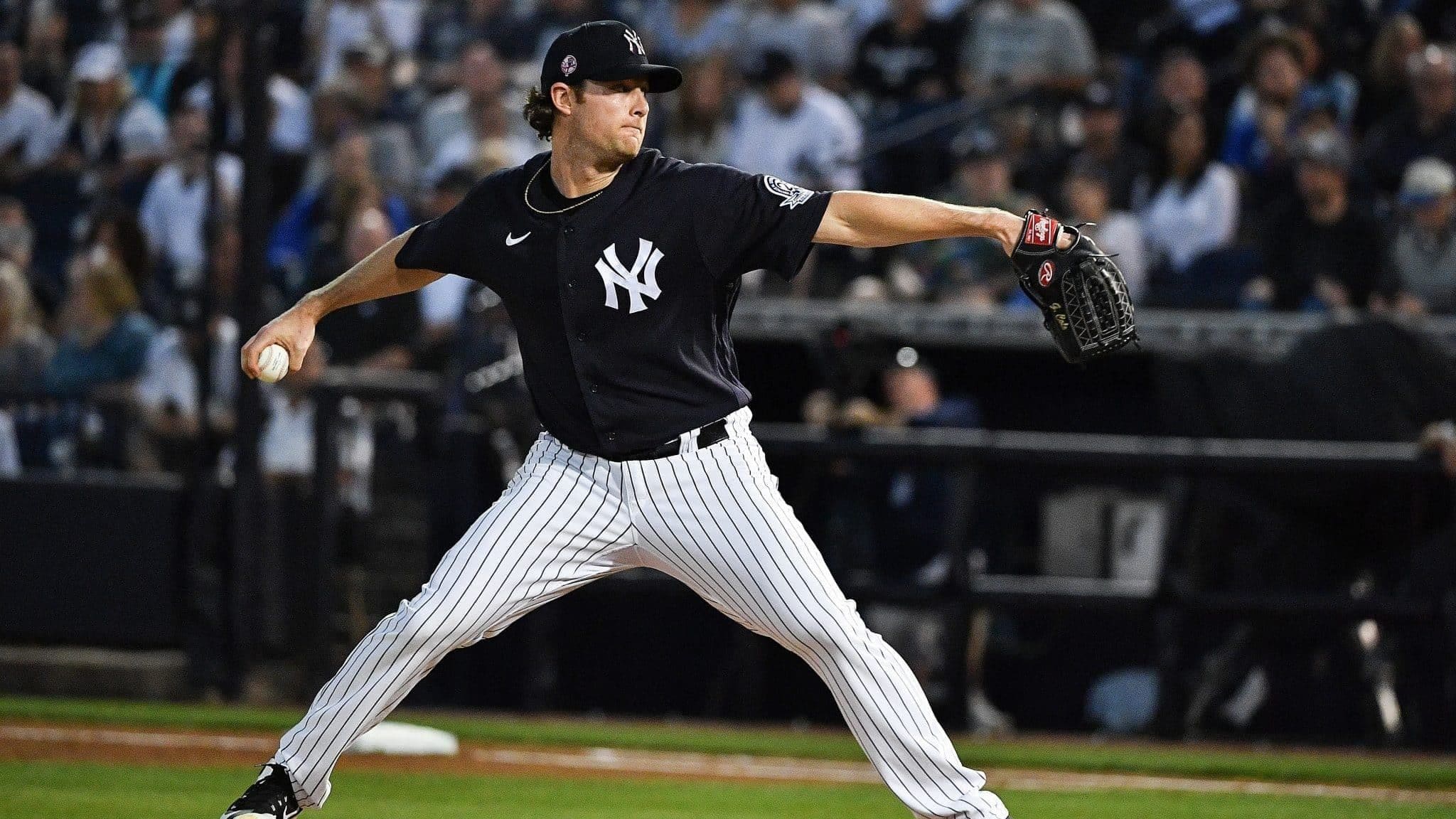 New York Yankees ace Gerrit Cole discusses his spring debut after pitching an inning against the Pittsburgh Pirates on Monday.

Earlier this week, New York Yankees fans were able to witness their shiny new toy in action for the first time. Right-hander Gerrit Cole — who the Bombers inked to a record-setting nine-year deal worth $324 million in December — made his spring debut on Monday.

Cole took the mound for an inning in what was eventually a 3-3 tie against his former ballclub, the Pittsburgh Pirates. He walked one batter and struck out a pair while allowing no hits nor earned runs.

Afterward, the three-time All-Star discussed how he felt during his appearance.

"It was exciting. I had fun. We executed a lot of good pitches."

“It was exciting. I had fun, we executed a lot of good pitches,” he said. “Got to get into some game-speed environments with my teammates, [catcher] Gary [Sánchez] specifically. A couple of conversations about who’s gonna cover the bag. That kind of stuff’s fun.”

Cole is expected to bolster the Yankees rotation a tremendous amount. Last year, New York’s starters finished 15th in the majors with a combined 4.51 ERA.

In the midst of the exhibition tie, Yankees first baseman Brandon Wagner went 1-for-2 with two RBIs. Left-handed pitcher Jordan Montgomery additionally put in two innings of work, allowing no hits nor earned runs while striking out three batters and walking one.

The Bombers will continue their spring training slate with a 1:05 p.m. ET matchup against the Washington Nationals on Wednesday.