New York Yankees right fielder Aaron Judge is indirectly expressing his displeasure with the Houston Astros on Twitter and fans are loving it.

On Saturday, Bleacher Report tweeted about Astros shortstop Carlos Correa’s conversation with MLB Network’s Ken Rosenthal regarding the sign-stealing scandal. The tweet specifically included Correa’s statement about second baseman Jose Altuve telling his teammates not to rip his jersey off after his series-clinching walk-off home run in the ALCS. 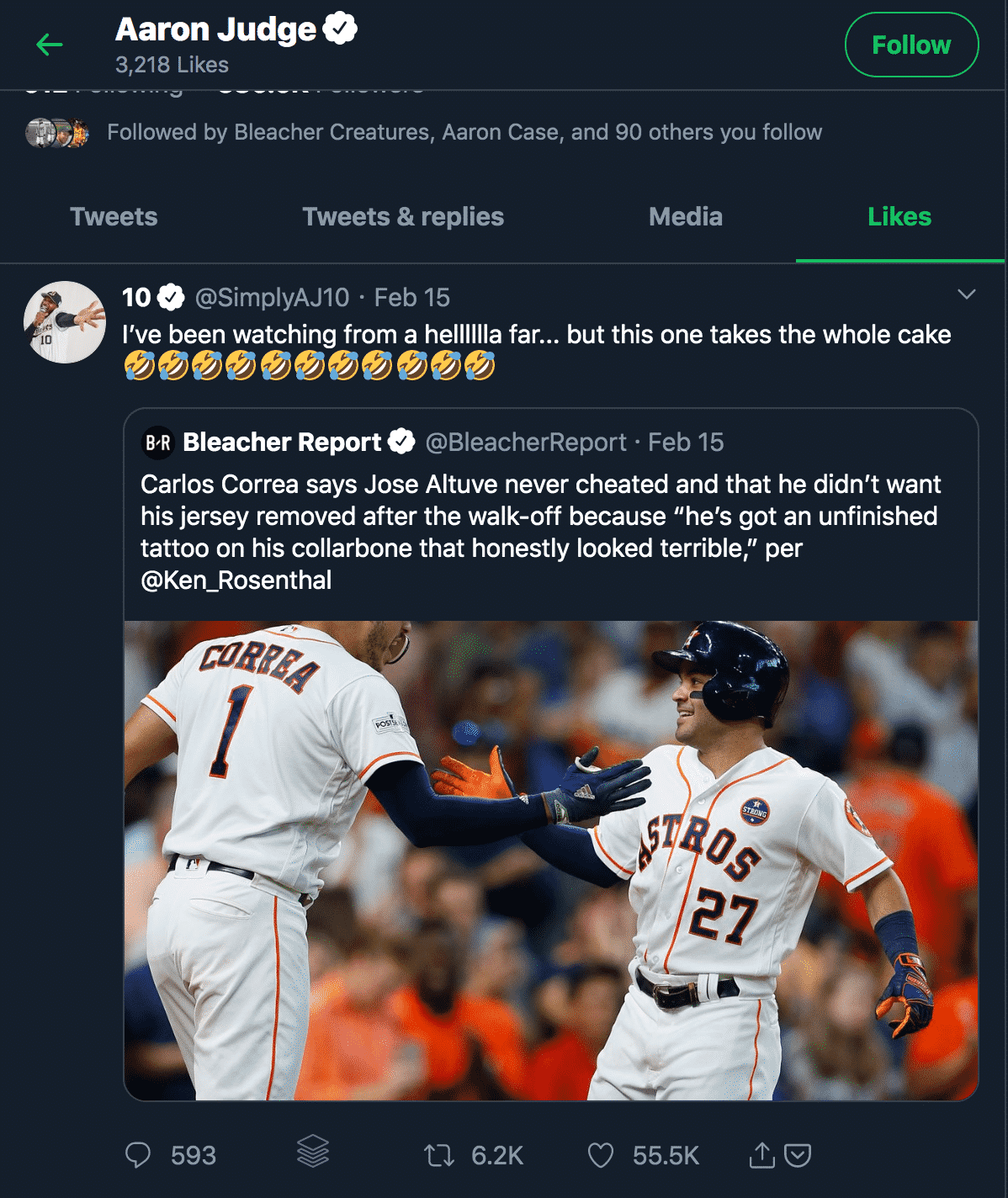 It is no surprise that Judge is invested in and infuriated by this drama more than most. Not only did his team fall twice to the Astros in the postseason, but he lost the 2017 AL MVP to Altuve.

Again, it is understandable why Judge would be so upset by everything that has transgressed. He probably feels as though he was robbed of an MVP award as well as of a World Series. Who knows how far the Yankees could have gotten if the Astros didn’t do what they did.