Alex Rodriguez is fully behind the move that’s sent Dellin Betances from the Bronx down to Queens.

Shortly after the former New York Yankees flamethrower inked a deal with his new team, Rodriguez showcased his endorsement of the deal on Instagram.

“Fantastic Christmas gift for the Mets by signing a supreme talent in @dbetances68 (Betances),” A-Rod said on his IG story. He’s hungry and ready to shine in Queens.” 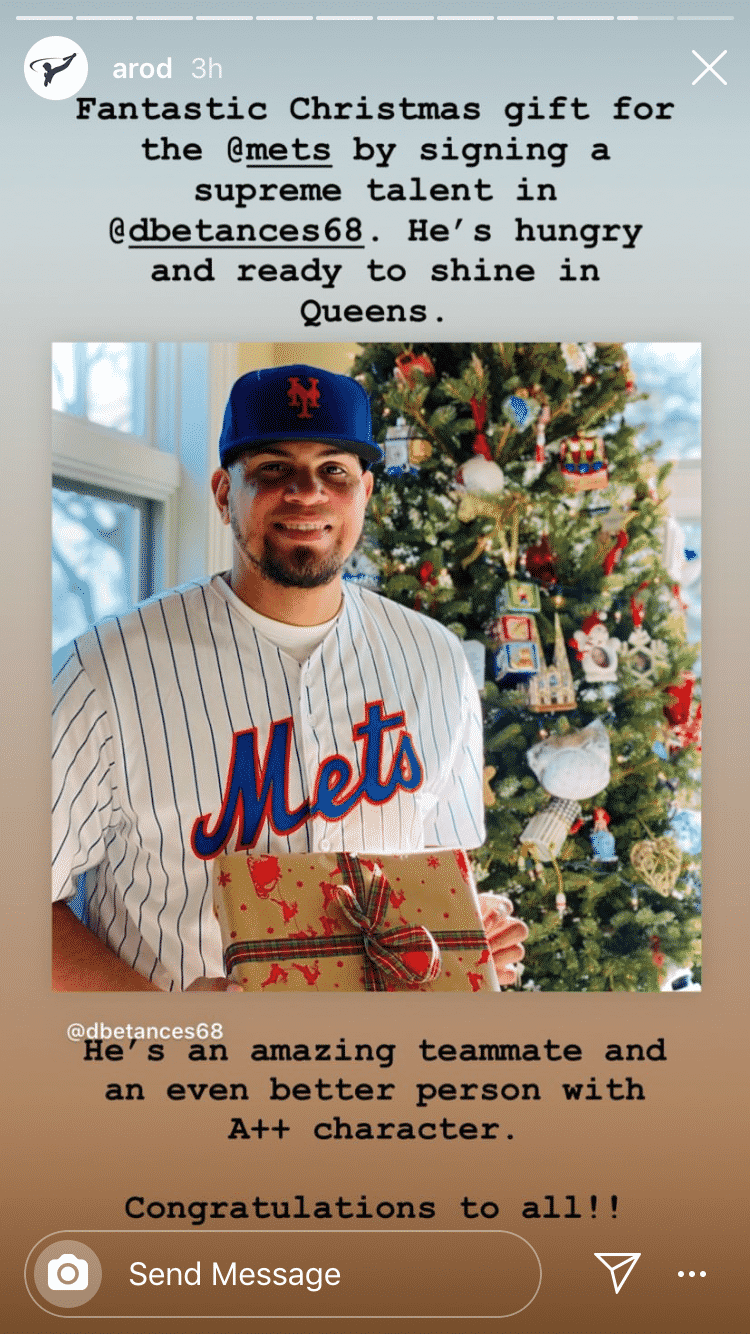 The four-time AL All-Star has represented one of the best set-up men in all of baseball since the start of the 2013 campaign. He’s pitched to a 2.36 ERA and 1.043 WHIP to go along with an impressive 621 strikeouts over 381.2 innings, all with the Yankees.

The Mets, of course, enjoyed a solid 86-win season in Brodie Van Wagenen’s first year as general manager last year. Pete Alonso and Jeff McNeil paced the lineup, Jacob deGrom and a solid cast of starters formed a formidable rotation, but the bullpen constantly let the club down.

Edwin Diaz and Jeurys Familia were both horrendous. Seth Lugo, the Mets’ best reliever last year, continues to perform well, but cannot be used on a regular routine common to MLB bullpen arms.

Betances’s presence in Queens—especially when looking at the flexible contract—is absolutely a shot worth taking. And Rodriguez, the FOX Sports MLB analyst, agrees wholeheartedly.