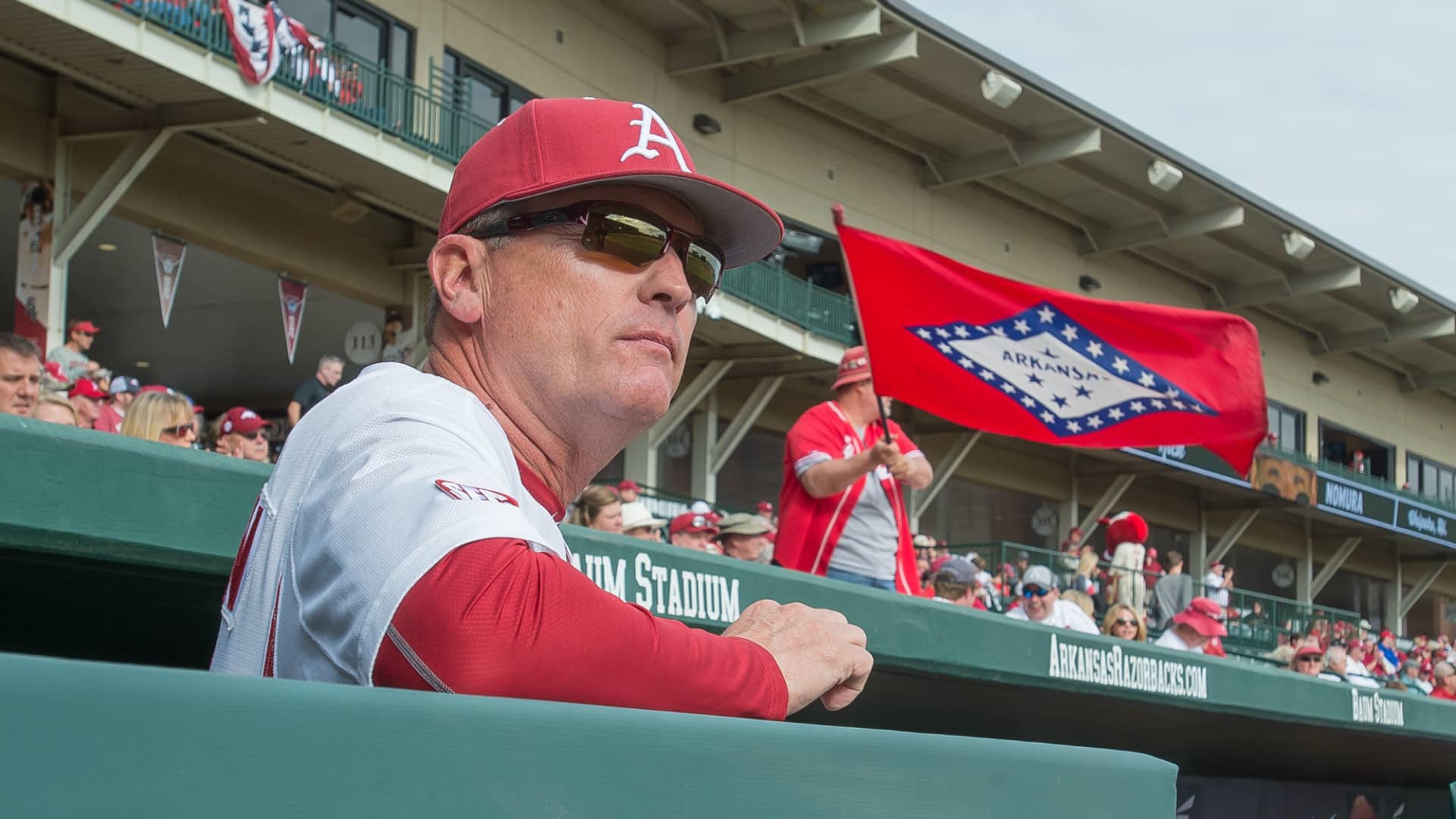 Following the dismissal of former pitching coach Larry Rothschild on Monday, the New York Yankees have since been testing the waters of the NCAA coaching pool to fill their vacant position.

After reportedly interviewing the University of Michigan’s pitching coach Chris Fetter on Tuesday, the Yankees have scheduled a meeting with another pitching coach from the NCAA to take place in New York on Wednesday.

I don’t expect the list of college pitching coaches interviewing with the #Yankees to end there.

In his first season with Arkansas, Hobbs led the Razorbacks to a second straight College World Series appearance. Prior to last season, Hobbs had spent four seasons with Wake Forest University.

Along with Fetter, Hobbs is also perceived as one of the up-incoming coaches who’ll soon be making the leap from the NCAA to the MLB.

Creating swings and misses were Hobbs specialty this past season at Arkansas, as his pitching staff recorded a combined 615 strikeouts through 581.2 innings pitched.

After parting ways with Rothschild, the Yankees have been rumored to be searching for a young and analytical driven coach. So, it’s not surprising to read that they’re attempting to pick from the cream of the crop of the college world.

Whoever is named the next Yankees’ pitching coach, they’ll certainly have their work cut out for them during next season. Especially since the Yankees’ starting rotation recorded the third-highest HR/FB rate (17.8%) and the sixth-highest FB rate (38.3%) throughout the entire league this past season.