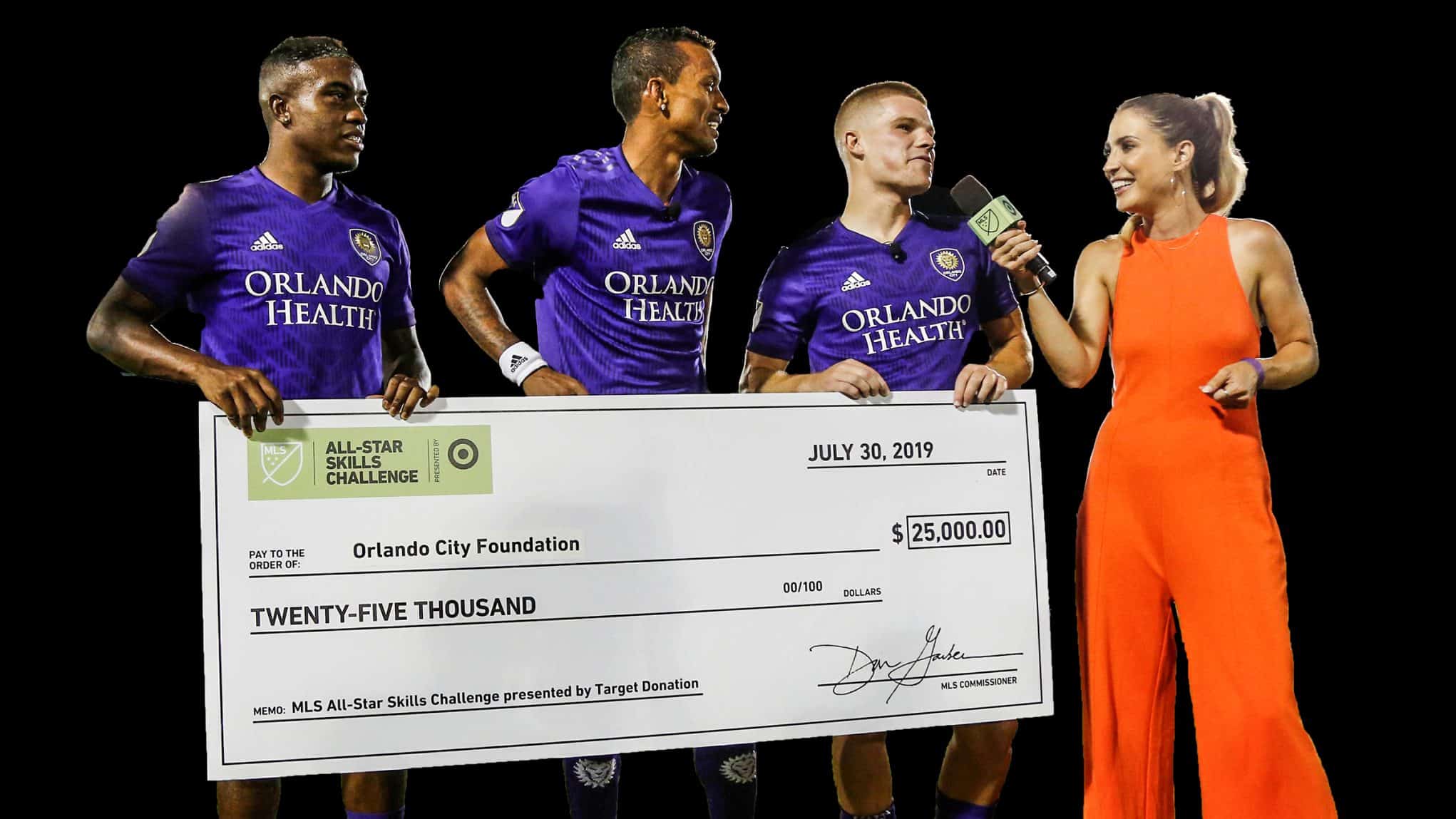 Although most fans expected it to crash and burn, the return of the MLS All-Star Skills Challenge went surprisingly well.

It’s hard to find fans who actually get excited about the MLS All-Star Game—we‘re talking about actual MLS fans. Instead of being excited, they’re just afraid their star player might get hurt in this “pointless game.”

The MLS All-Star game is just too American to be a successful soccer idea, mixing soccer and America is like mixing milk and oil. It’s not going to gel even if the idea comes from a good place.

America doesn’t give up and doesn’t like to change what they started, even if it’s not that successful. But they like to add to stuff after taking them away.

That’s right, they made the All-Star break even more American again.

As entertaining as it is to watch players hitting volleys, scissor kicks, upper-90s, and the crossbar from far out, it may never be a real hit.

It’s something from a weak league—the MLS. It’s a league that doesn’t even have promotion and relegation unlike most other leagues around the world.

MLS doesn’t do the most common thing in soccer—promotion and relegation—but decide to do something completely unknown to the soccer world. It wouldn’t work. At least, that was the general consensus among fans entering the All-Star break.

However, was the revival a hit?

I didn’t expect it to be that entertaining but it was. Also it was fun to see the players having fun

I can’t believe I am enjoying this

People didn’t think it would be a good idea because, once again, it’s an America/soccer mix, but they were proven wrong. How could a skills challenge in any league or sports be a bad idea? It has entertainment written all over it.

The revival of the MLS All-Star Skills Challenge was one for the books. Nani gave Orlando City SC the win over the MLS All-Star team and Atletico Madrid after hitting the crossbar in the last second of the skills challenge.

The Lions forward Chris Mueller hit a sensational scissor kick in the touch-and-volley challenge while Wayne Rooney sizzled a well-timed volley. These were two of the best highlights of the night.

Over in the shooting challenge, Orlando whipped in three straight upper 90 shots to bypass the MLS All-Star team, 47-28, but then Atletico beat them by one point, thanks to teenager Joao Felix’s heroics.

Sounds entertaining, huh? The players did their part to make it a fun contest. But the fact that it was a tight contest wasn’t the best thing of the night. The best thing was that we actually watched the players genuinely have fun with each other kicking a ball around.

There were smiles on top of smiles after every kick from not only the players participating but also those watching. The Atletico players were even smiling after Orlando won the Skills Challenge in the last second.

We also saw the players interacting with each other. Carlos Vela talked to his Mexican compatriot Hector Herrera. Atletico teenager Felix gave his older teammates tips while Nani asked the players watching where they want him to hit the ball and so on. The event allowed the players to showcase their personality.

As good as the Skills Challenge was, there are a lot of things to be improved upon. For example, why is there a crossbar challenge in the passing skills? When do players ever pass the ball to the crossbar?

The players were mostly aiming at the crossbar to get more points and ignored the other targets. Maybe have a crossbar challenge and a passing challenge next year.

And why was Orlando facing the MLS? Maybe have a couple of teams going against each other or an East-West showdown against a European opponent. The All-Star team going against a single team is a bit odd.

And there were shooting and passing challenges but no dribbling, free-kicks, nor goalkeeping test. As a matter of fact, there weren’t any keepers in the competition at all.

After all, it was only the initial return of the Skills Challenge and things will be added to improve it as the years go by.

One thing is for sure: MLS didn’t make a fool of themselves by Americanizing their soccer league with this event.

They surely made a fool of themselves, in 1996, when they had their players taking penalty kicks in a shootout as if they were playing hockey, running towards the goal from 35 yards out with the ball before shooting. Thankfully, the newer version of the event is far superior.