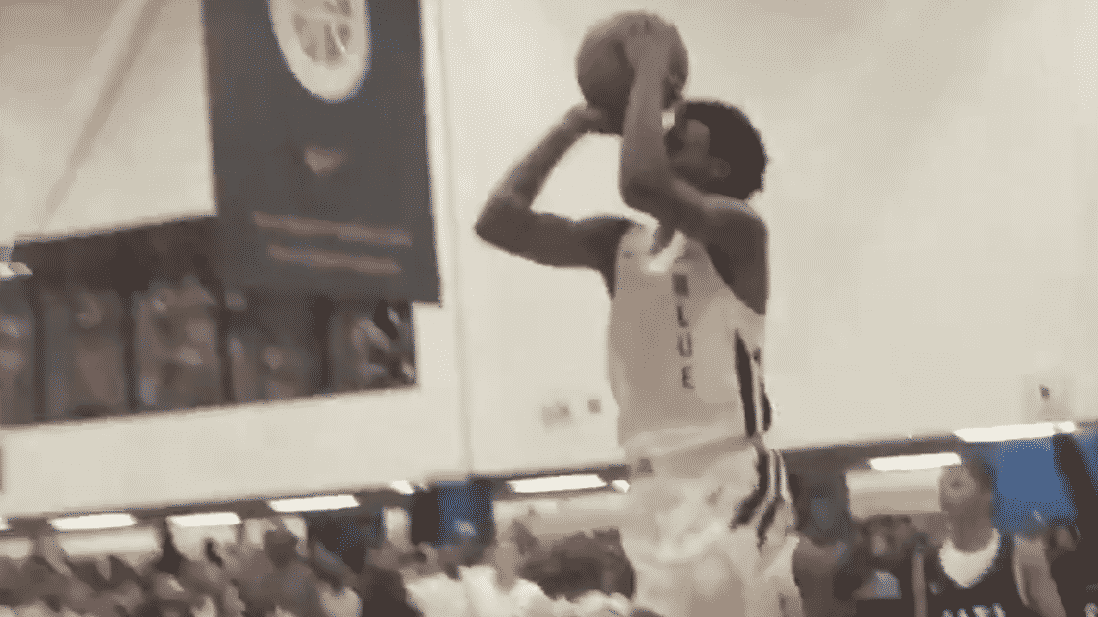 LeBron James‘ son Bronny James makes like his father and hits the game-winning shot in an AAU tournament game on Saturday.

On Saturday, Bronny hit the game-winning shot in a tournament game at the “Balling on the Beach” tournament in Deerfield Beach, FL. The shot, following a Euro-step, was the go-ahead basket, with a game-sealing block thereafter.

The series of events sent the crowd into a frenzy, as they stormed the court after the final buzzer.

Despite his still young age, Bronny is 6-foot-2 and is a prolific point guard/shooting guard. Bronny will surely be contacted by many schools and given offers to play college ball once his high school years go on.