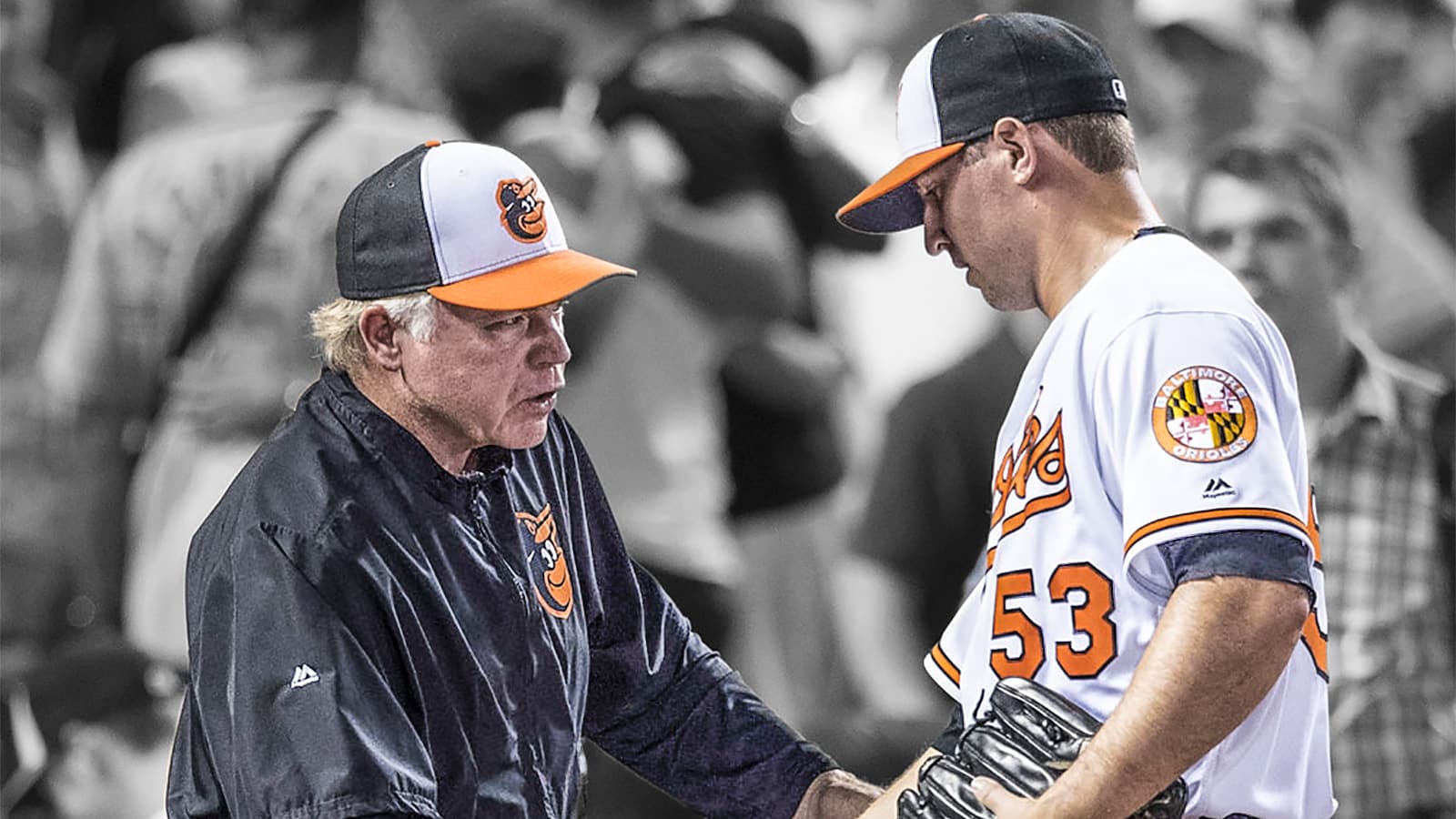 New York Yankees setup man Zack Britton should change his middle name from “Grant” to “Gangsta.” The dude is all up in the faces of his former manager and team on social media.

Britton recently changed the spelling of his first name from “Zach” to “Zack.”

The change prompted one Baltimore Orioles fan to lament the fact that Britton is no longer on the team. The fan posted a picture of a 2016 Britton postseason jersey with the expression of regret:

Britton’s caps-locked response to another fan’s query about the jersey’s game-used status speaks volumes. Apparently, Britton is still quite miffed at Buck Showalter for not bringing him into the 2016 Wild Card game.

Baltimore lost that game when Showalter brought Ubaldo Jimenez into the 11th inning with one out and empty bases. Jimenez gave up back-to-back singles before Edwin Encarnacion walked it off with a three-run homer.

In Showalter’s defense, he was saving his closer in case the Orioles grabbed a lead. Still, Britton, who had 47 saves and a ridiculous 0.54 ERA that year, probably feels he should’ve pitched that inning and the next.

The 31-year-old did pitch 4.2 innings in the 2014 postseason with the Orioles. Also, he threw five playoff innings for the Bombers in 2018, including a frame in the Wild Card game.

The problem is that he didn’t pitch well at all in that game. He pitched the seventh inning, surrendering Oakland’s only two runs in a 7-2 Yankees victory.

Maybe that usage played a role in Britton signing a four-year, $53 million deal with the Yankees this offseason.

Hopefully, the name change doesn’t mean Britton can’t go back to his 2016 production. The Yankees will need him if they’re going to make a deeper playoff push in 2019.

NEXT: James Paxton Is Ready For The World Series