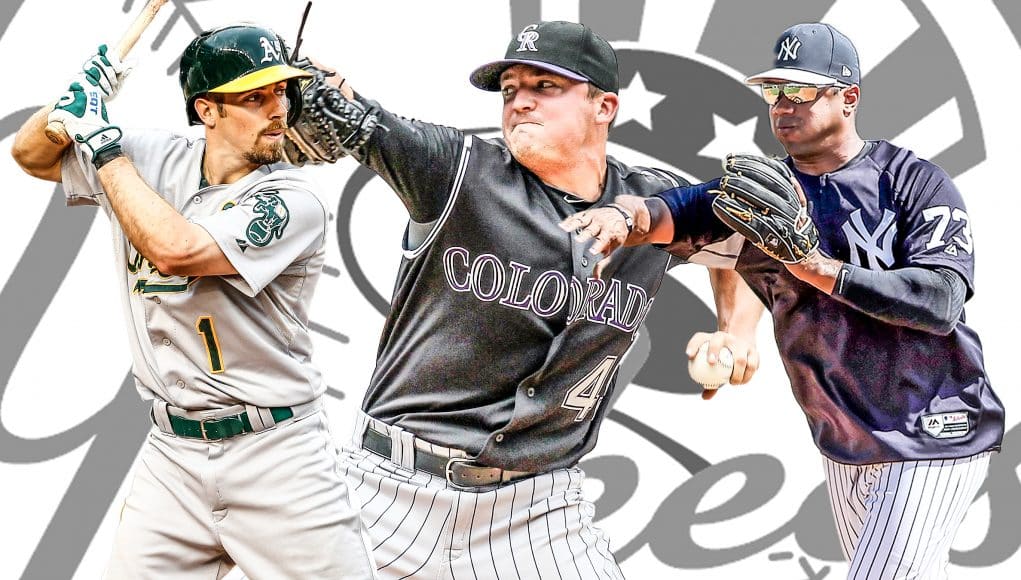 The New York Yankees have a pretty clear idea of which players will be trotting out in the Bronx come Opening Day but these other players have a chance to make an impression.

With practices and scrimmages taking place in sunny Florida, the Yankees will get a chance to check on the progress of their current roster players while also getting a taste of some minor league players who might be flying under the radar.

Drew Hutchison will be making his debut at Yankees camp at 28 years-old. Hutchison has spent time with the Toronto Blue Jays and Pittsburgh Pirates (among others) over his five seasons in the majors.

Hutchison certainly didn’t have his finest performance in 2018. Between the Blue Jays and the Texas Rangers, Hutchison managed a 6.75 ERA in just 42.2 innings of work. The righty, should he make the team, would be a solid option judging on his experience against the AL East.

Along with Hutchison, the Yankees extended an invitation out to Billy Burns, the 29-year-old outfielder who was signed on Jan. 4. Burns has been in the majors for a total of four years, his last full season coming in 2016 with the Oakland A’s and Kansas City Royals.

What about the biggest name as of late? The Yankees inked Danny Farquhar to a minor league deal with an invite to spring training. Farquhar is most famously known for his recent health scare on the field with the Chicago White Sox.

Now, he’s making a massive comeback and hoping to make a difference out of that strong Yankees bullpen.

Matt Lipka is another who will be attending spring training as a non-roster invitee. Yet another right-handed batter, the 26-year-old is defined as a utility player, spending time in both the outfield and the infield in his previous farm systems.

Lipka spent all of last season in Double-A for the San Francisco Giants, posting a .240/.329/.352 line in the process. The likelihood of him jumping all the way up to the majors is slim but the Yankees will get a better idea of where he’ll land in their system with some time in Tampa this spring.

Yankees fans will also get to see season three of the David Hale showdown in Tampa. That’s right … the overworked reliever is back with the Yankees, signing a minor league contract with the hopes that he’ll get an actual chance in the Bronx instead of being a band-aid.

Some other names making their way to George M. Steinbrenner Field include two left-handers named Danny Coulombe and Rex Brothers. Coulombe, an Arizona native, spent the last three full seasons with the Oakland A’s, posting a 6-4 record out of the bullpen.

Brothers is another lefty reliever who comes from the Atlanta Braves. Prior to that, he found a home in Colorado with the Rockies. Last season was spent between Double and Triple-A where he averaged 12.4 K/9.

Last but not least, while it has yet to be confirmed by the Yankees, Russell Wilson already has answered the question on everyone’s mind. Yes, he’ll be coming to Spring Training. While the chances of him making the roster are slim to none, it’ll at least bring more interest to the fans attending camp.

This is a pretty epic list so far when it comes to non-roster invitees and in the past, the Yankees have invited up to 25 with an opportunity to make an impression at Spring Training.

The list is still growing and there will surely be some pretty awesome names coming up in the future. Stay tuned to see who else makes the list.