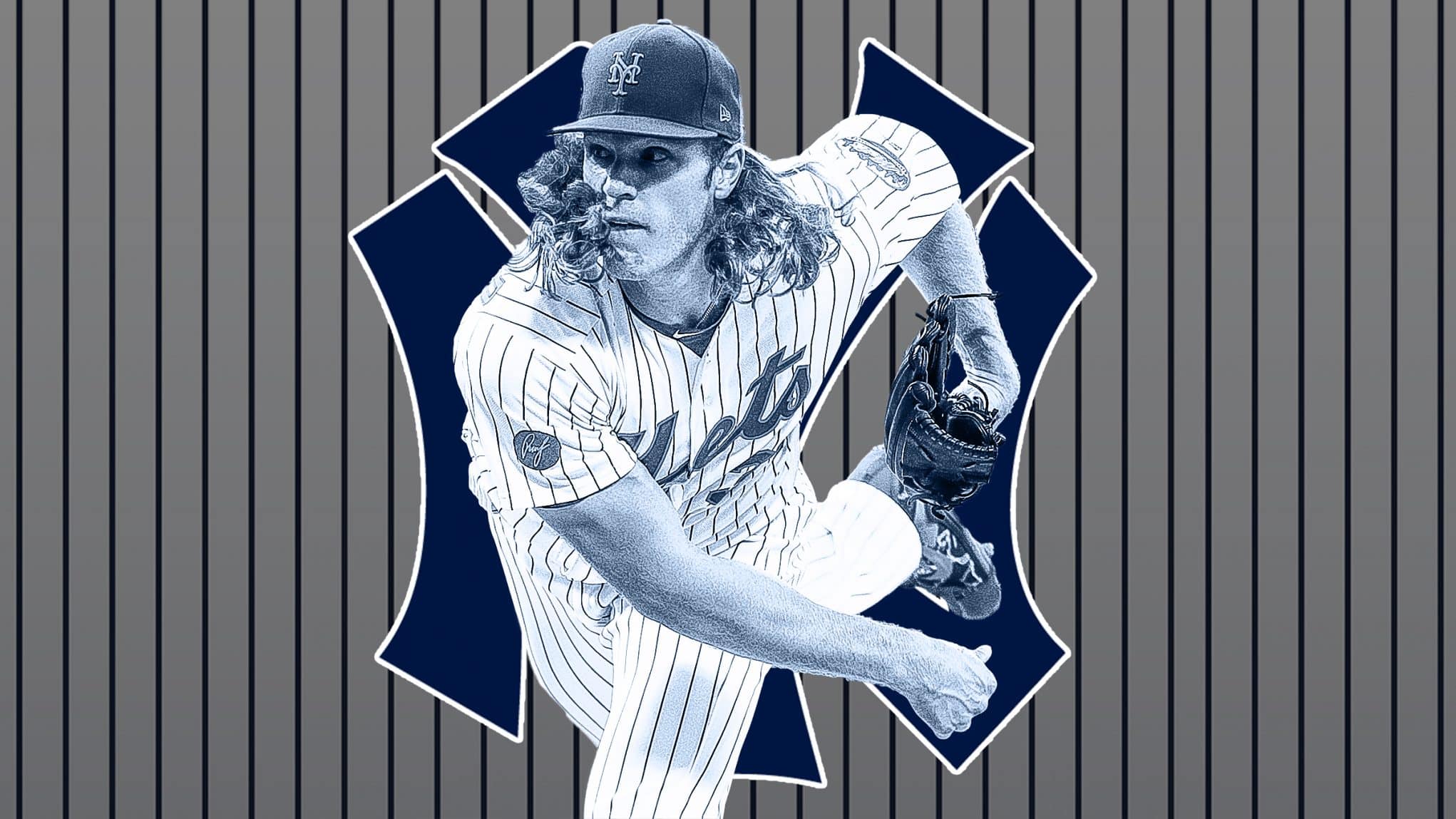 There is growing buzz that the New York Yankees and New York Mets are discussing the prospect of sending Noah Syndergaard to the Bronx.

The New York Yankees opted against selling the farm for Mets ace and eventual Cy Young winner, Jacob deGrom last summer. It came back to bite them as the Yanks fell to the Boston Red Sox in the ALDS. The Yankees could right that wrong this winter if the growing buzz around Noah Syndergaard is more than just idle chatter.

There are reports that the Yankees and Mets are discussing Syndergaard. Furthermore, the Mets have serious interest in J.T. Realmuto, setting up the possibility for the Yankees to facilitate that trade.

#Mets have discussed trade in which they would land J.T. Realmuto in three-team deal with #Yankees and #Marlins, sources tell The Athletic. Not known if Syndergaard involved. NYM would not part with Syndergaard (three years control) if getting only Realmuto (two years) in return.

#Mets have been in steady talks with #Yankees since Brodie Van Wagenen became GM, sources say. NY teams have not made trade involving major leaguers since 12/3/04 (Mike Stanton to NYY for Felix Heredia). @JonHeyman first noted possibility of NYY serving as conduit for Realmuto.

Sources: Mets and Yankees have touched base about Syndergaard but it’s not known if he’s in the exact deal that’s been ongoing

Told that Van Wagenen has multiple scenarios working to try to land Realmuto from #Marlins and the 1 involving #Yankees is not among the strongest.

There are a lot of moving parts here, so it’s important to refrain from jumping to conclusions. It appears that the Mets are showing serious interest in J.T. Realmuto to solidify the catcher’s position.

But the problem is they might not have the prospects to coerce Miami into making a deal.

Enter the New York Yankees—a team with more prospects than they know what to do with. Perhaps the Yankees could be the team that swoops in and helps fit the puzzle pieces needed to make a deal.

As Andy Martino of SNY notes, it’s unclear whether or not Syndergaard is a part of the discussions surrounding Realmuto. And of course, as Joel Sherman of the New York Post contends, the Mets have other, potentially better ways to land Realmuto than calling up their crosstown rivals for help.

But the fact that the Yanks and Mets are discussing potential trades at all is somewhat surprising. As Ken Rosenthal of The Athletic notes, the Yankees and Mets haven’t made a trade involving big league ballplayers in over 14 years.

But the Mets general manager Brodie Van Wagenen seems to be employing an aggressive approach this offseason. Old embargos on trades with the Bronx Bombers could be tossed out the window.

Furthermore, Yankees general manager Brian Cashman might regret passing on Jacob deGrom last season. Making a strong push for Syndergaard could be his way of trying to right that wrong.

This is a developing story and it should be interesting to see how the winter ultimately shakes out.

NEXT: J.A. Happ Is The Best Option For The New York Yankees