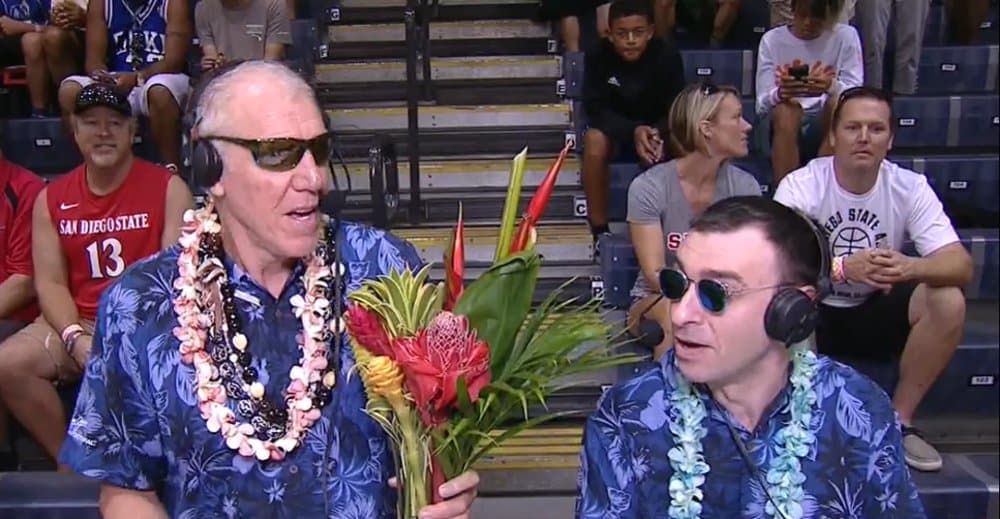 If you need a lesson on how to have a little fun at work, look no further than Bill Walton.

College Basketball is in full swing. Duke is dominating anyone who crosses their path, I’ve lost a ton of money, and the Maui Invitational remains the biggest boondoggle of all time.

Headlining this boondoggle is Bill Walton and I gotta say that guy is living his absolute best life right now.

I mean, has anybody in the history of the world had as much fun working as Bill Walton is having? And it makes perfect sense. Walton is sitting on the wood to watch some of the best teams in college basketball. Not only is he watching the best teams, he gets an in-person look at potential future New York Knicks Zion Williamson and RJ Barrett. In his downtime? He’s either making green screen surfing videos or actually surfing himself.

To everyone else its the Maui Invitational. To Bill Walton its just another Monday pic.twitter.com/JJ4YF4KD8n

You know what? I’m starting to think Bill Walton isn’t actually working at all. Not only is he not working, he’s undermining his coworkers by making them wear ridiculous outfits as to remind everyone that they’re sitting courtside in Hawaii. How are we, the fans, supposed to take the information seriously when the broadcasters are wearing sunglasses indoors?

Even worse, how can you maintain the integrity of the broadcast when your color analyst is barking going into commercial break?

Yeah, but does your precious football game have Bill Walton barking going into commercial? pic.twitter.com/Gkuu7X1mUH

On the other hand, if Walton wasn’t making a mockery of an already ridiculous tournament, the world may not have been gifted these quotes which I will be attempting to sprinkle into daily life as often as possible.

Bill Walton says a lot of things over 2.5 hours of live TV. Last night, I tried to keep a running tab of his best lines. Enjoy. pic.twitter.com/Pee74taOhK

So yeah, Bill Walton is enjoying his life on a level which has never before been seen by a member of the human race. It’s only fair considering that the Maui invitational is just a meaningless trip to Hawaii for a few hours of basketball and a vacation.