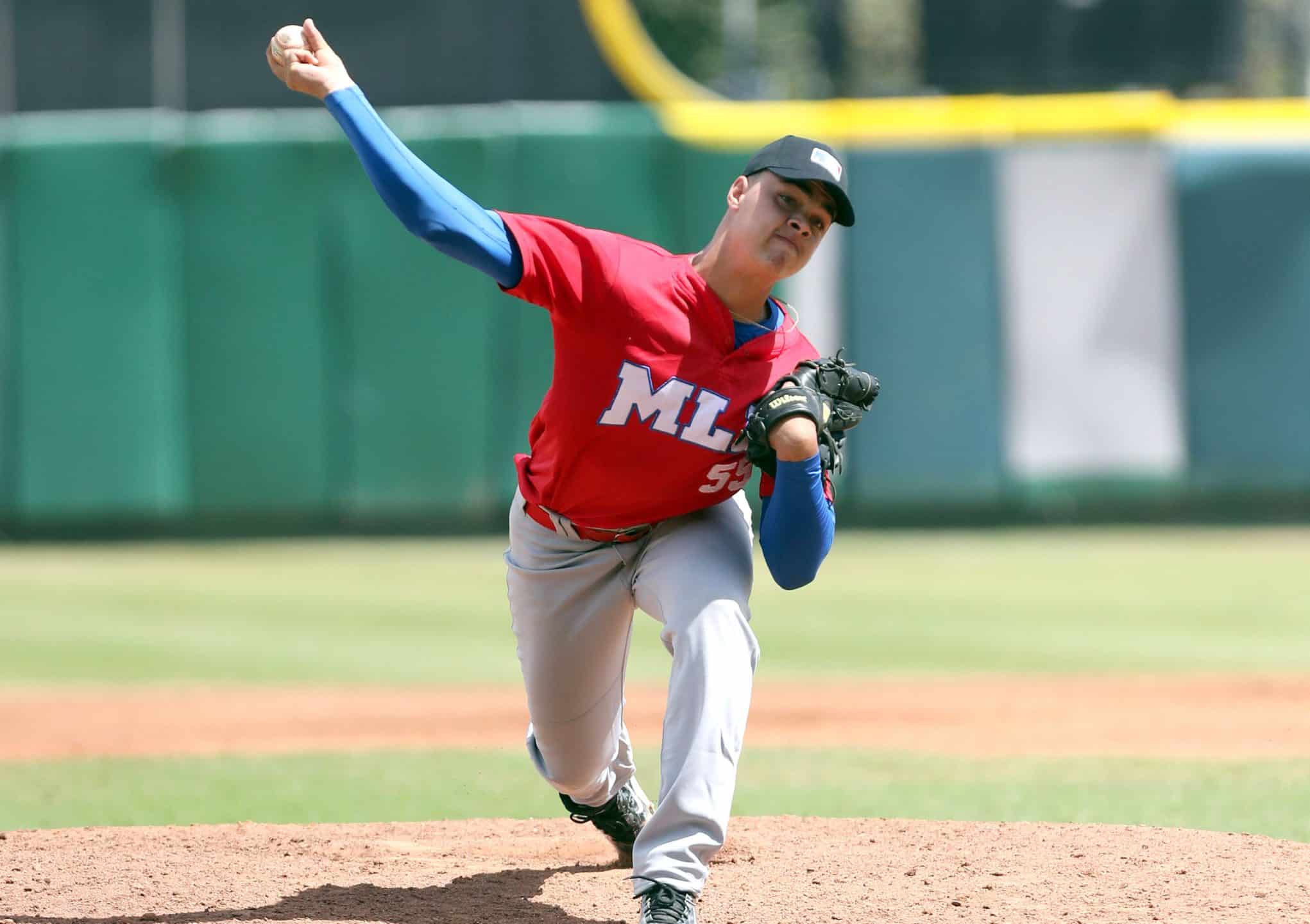 In what appears to be a corresponding move to the Chasen Shreve trade, the New York Yankees have reportedly signed right-handed pitcher Osiel Rodriguez, according to MLB.com’s Jesse Sanchez.

The Yankees acquired $1 million in international bonus pool money in the Shreve deal with the Cardinals on Saturday. They also received another $1.5 million in a deal yesterday with the Chicago White Sox when they moved left-hander Caleb Frare. This paved the way for the reported $600,000 contract the team agreed to with Rodriguez.

Rodriguez is only 16-years-old, but the young right-hander already has a major-league fastball. The 6-foot-3, 205-pound prospect hails from Cuba and has been clocked throwing as hard as 97 miles per hour, per Mandy Bell of MLB.com. His fastball usually sits in the low to mid-90’s.

Here's the newest Yankees prospect, Osiel Rodriguez, from when I saw him pitch in San Pedro de Macoris in November. He was 15 and threw 96 mph that day. https://t.co/zJaurxTLUc pic.twitter.com/8RPuYXn1aq

According to MLB Pipeline, Rodriguez is a strike thrower who:

” … changes his arm slot and throws several different pitches at different angles, which has proven to be both a blessing and a curse as far as scouts are concerned.”

Per Bell, the Yankees will continue to be active on the international market with money they have acquired in recent trades.

The team has expressed interest in Sandy Gaston, a right-handed pitcher also from Cuba.

Gaston has remained on the market after he reportedly tested positive for PED’s, forcing the Miami Marlins to withdraw a deal they offered him. Gaston is ranked 14th overall on MLB Pipelines rankings and 24th on Baseball America’s list.

The Yankees have already been active on the international market. They have signed Antonio Gomez, a catcher from Venezuela who is ranked 14th on Baseball America’s top fifty list.