MLB is back! What better time than Opening Day for ESNY to delve into the 2018 season and bring you all the picks and predictions you can handle?

It’s the most wonderful time of the year—MLB is officially back in business.

Opening Day not only brings with it the eternal optimism that fans of every team carry with them, but the promise of warmer weather—no more snow, please—and the knowledge that the dog days of summer are nearly upon us.

Let’s be honest—everyone has a dog in the races that are about to get going around the game. It could be your favorite team itching for a division crown, or your favorite player looking to pick up some individual hardware at the end of the season.

But we’re all invested in what’s about to unfold over the next six months or so.

Speaking of investing, we saw more than a few teams open up their wallets in what will go down in history as one of the more bizarre offseasons in baseball history.

It took awhile, but big-time hurlers like Jake Arrieta and Yu Darvish found lucrative deals in new places. A potential ace, Shohei Ohtani, made his way from Japan to Los Angeles.

Impactful free agent bats were also on the move, including J.D. Martinez, who headed to Boston and Eric Hosmer, once thought to be a Kansas City lifer, who took his talents to…San Diego?

No offseason would be complete without trades, and there were a bunch.

What does it all mean? That’s what we’re here for.

Let’s get down to the nitty gritty—let’s get this show on the road. 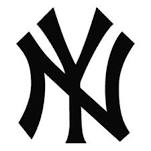 With all due respect to the Baltimore Orioles, Tampa Bay Rays, Toronto Blue Jays and yes, even the Boston Red Sox (who got two votes), the AL East is the New York Yankees’ division to lose in 2018.

Other than Tampa Bay, the rest of the division improved their rosters heading into the season. But so did the Yanks, with the additions of Brandon Drury, Neil Walker and that Stanton guy.

Add in one of the deepest farm systems in the game—a system that is oozing with MLB-ready talent—and the Yankees are in fantastic shape to take home their 19th AL East crown in 2018—the team’s first since 2012.

Make it three AL Central titles in a row for the Cleveland Indians, our first unanimous division winner. Sure, they lost a lot this offseason—Carlos Santana, Bryan Shaw and Mickey Callaway the most notable—but the Tribe remains the cream of the Central crop.

They’ve got a pair of Cy Young Award contenders atop the rotation in Corey Kluber and Carlos Carrasco and two of the game’s brightest young stars, shortstop Francisco Lindor and the versatile Jose Ramirez, anchoring the lineup.

A vastly improved Minnesota Twins squad will make things interesting, while the Detroit Tigers, Kansas City Royals and upstart Chicago White Sox could all go on a run. But none of those squads are ready to knock the Indians off of their pedestal. At least not yet. 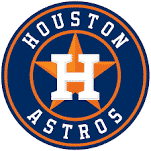 With talent oozing out of every spot in the lineup, an excellent rotation that added an All-Star in Gerrit Cole and a bullpen that, with Cole’s arrival, adds an underrated, quality arm in Collin McHugh to the mix, there isn’t a weakness to be found at Minute Maid Park.

Mike Trout and the Los Angeles Angels will keep things close enough that Houston won’t run away with the division, but the Oakland Athletics, Seattle Mariners and Texas Rangers won’t be much of a factor in the West.

Thanks to Jeter’s teardown of the Miami Marlins, the NL East is really a four-team division in 2018.

While Atlanta and Philadelphia have lots of young talent—and the Phillies added Jake Arrieta to their rotation—both teams are still a year away from a legitimate run at the division crown.

That leaves just two teams, the New York Mets and Washington Nationals. While one member of our panel sees an Amazin’ upset atop the standings, the overwhelming consensus is that Bryce Harper, Max Scherzer and the Nationals win the NL East easily. 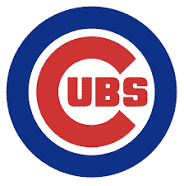 Cincinnati, Milwaukee, and Pittsburgh need not apply—for while St. Louis received one vote, the Chicago Cubs are going to win the NL Central for the third consecutive season.

The Cubbies replaced Arrieta with Darvish, bolstered the backend of the rotation with the underrated Tyler Chatwood and added savvy vets Steve Cishek and Brandon Morrow to the bullpen. Oh, and guys like Anthony Rizzo and Kris Bryant still anchor the lineup.

Still, fans of the Brew Crew and Redbird Nation shouldn’t give up all hope just yet. There are two Wild Card berths up for grabs.

If you’re looking for a West L.A. Fadeaway, you’ve come to the wrong place. For while one voter sees the Arizona Diamondbacks renting space atop the division, it’s the Dodgers that emerge as the owners of the NL West.

It’s impossible not to like the Dodgers chances. They’ve got two of the best young superstars in the game (Cody Bellinger and Corey Seager), the best pitcher on the planet (Clayton Kershaw), arguably the best closer in the game (Kenley Jansen) and reinforcements waiting in the upper levels of the minors. 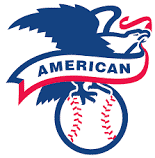 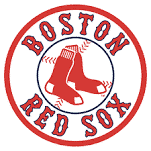 For the first time since 2014, we get to see Mike Trout in the playoffs, albeit in a win-or-go-home scenario against the Boston Red Sox at Fenway Park.

Unfortunately for both wild-card participants, it doesn’t matter who wins, as neither team will be playing for a chance to go to the World Series.

It took seven games to decide last year’s ALCS between these two teams, and nobody would be surprised if another seven-game set was in store for us in 2018.

With some new faces on both teams—including a pair of former National League standouts in Cole and Stanton—this budding rivalry could take a big step forward as the two teams do battle for the pennant. 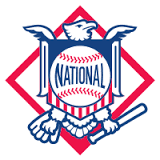 Just like in the AL, the winner of this game isn’t going to be playing in the Fall Classic—though they might be watching on TV like the rest of us.

That said, it’s a strong showing for the Brewers, who jumpstarted their rebuilding process to the team’s first postseason appearance since 2011.

Unfortunately for the Nationals, they won’t be able to make it two.

Once upon a time, this would have been a Subway Series. But since neither Doc Brown, Stewie Griffin nor Dr. Who is willing to lend us their time machines, we’ll have to settle for a coastal battle between two of the most storied teams in baseball history.

The storylines, aside from the Dodgers’ Brooklyn roots, are scintillating.

And you’ve got a World Series matchup that we haven’t seen since the strike-shortened 1981 season when the Dodgers beat the Yankees in six games and three players—Ron Cey, Pedro Guerrero and Steve Yeager—shared World Series MVP honors.

This time, things will be different, as it’ll be a Yankee accepting MVP honors after the Bronx Bombers dispatch the Dodgers in six games. 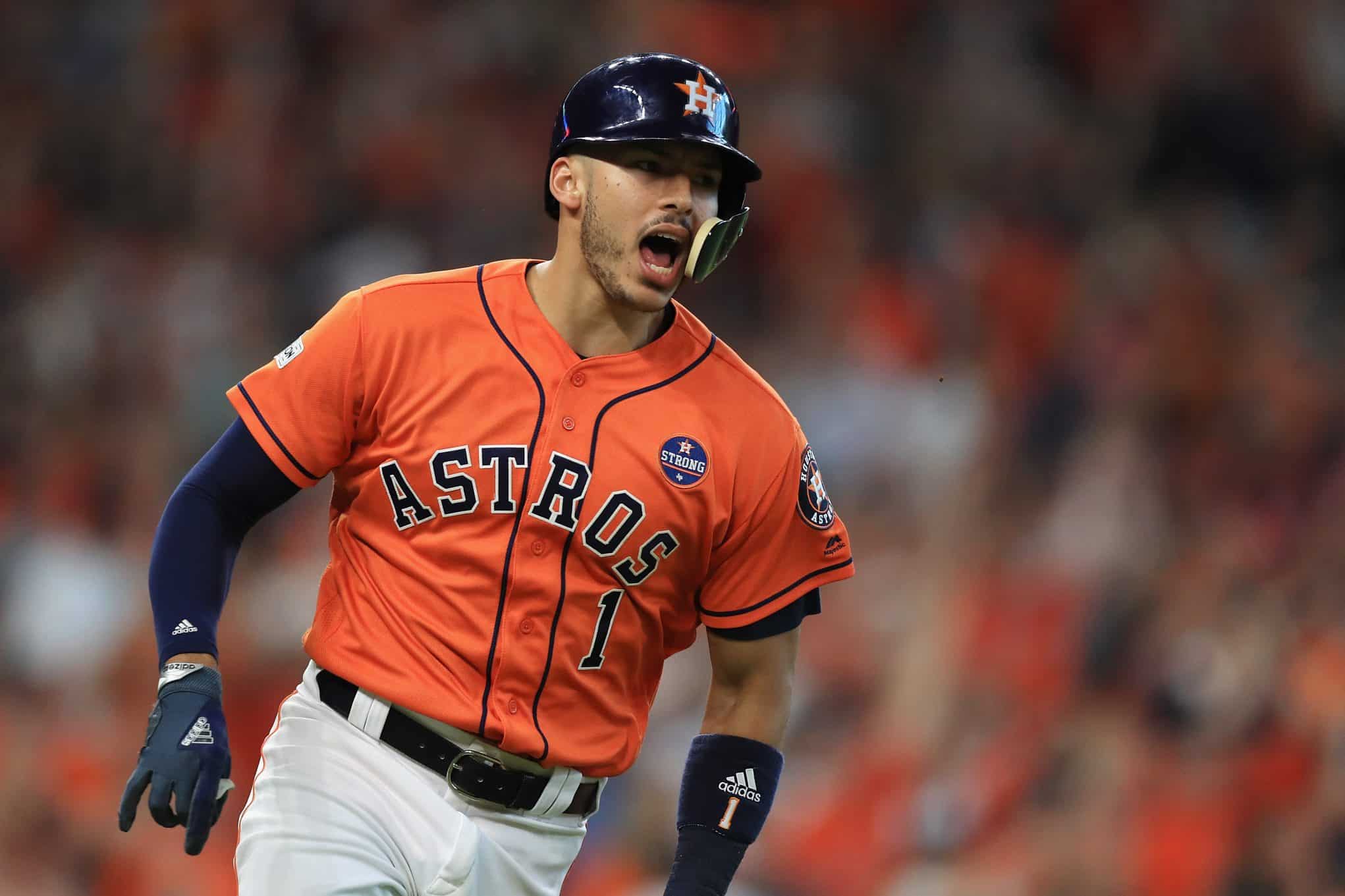 So long as he stays healthy, Carlos Correa beats out two-time AL MVP Mike Trout by a single vote in a hotly contested race.

Correa was well on his way to an MVP-caliber season in 2017 before tearing a ligament in his left thumb during a July at-bat, an injury that cost him roughly a month-and-a-half of the regular season.

He may not have Trout’s speed, but Correa has more than his 29 career stolen bases would indicate. But his ability to hit for average and power plays well in the middle of one of the game’s most explosive lineups.

What puts Correa over the top is the fact that he leads his team to a division crown, while Trout and the Angels finish second to him in that race too. 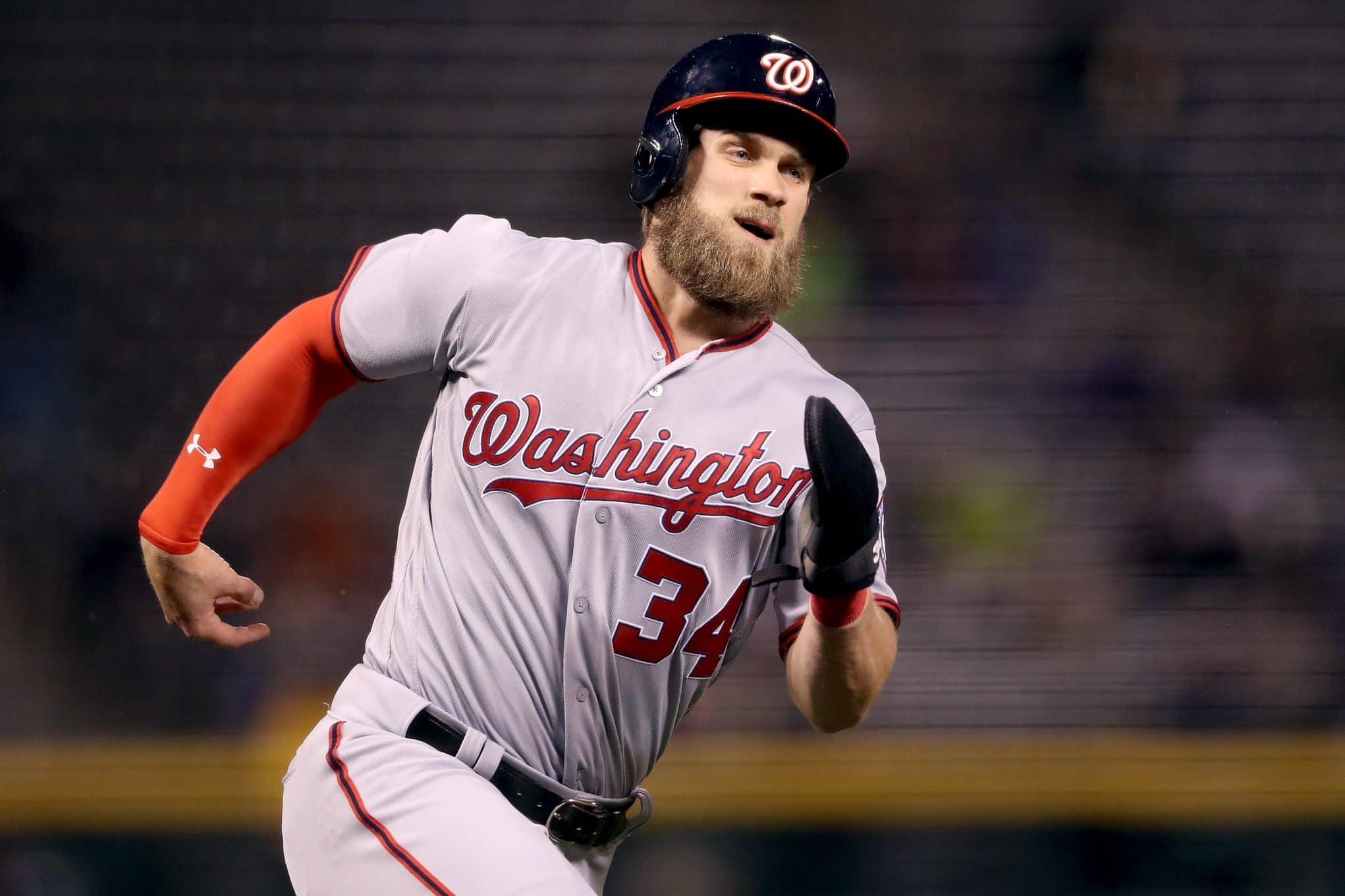 Like Correa, injuries cost Harper significant time in 2017. The 2015 NL MVP missed 42 games from mid-August through late September due to a bone bruise and strained left calf.

While it feels like Harper has been around for awhile, he’s only entering his age-25 season. His best baseball remains ahead of him. 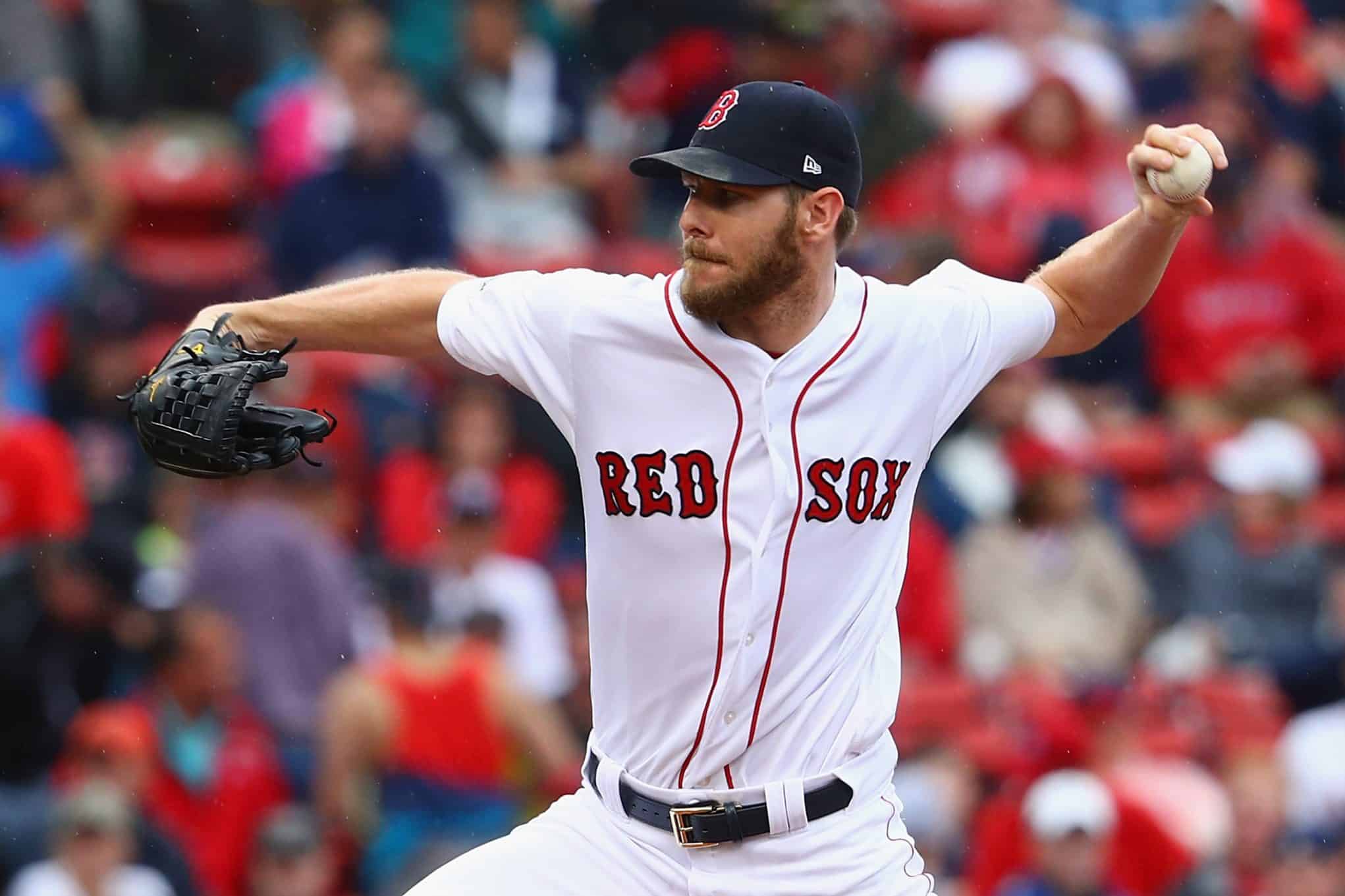 Harp on his mediocre postseason numbers all you want. But know this: They are completely irrelevant when it comes to recognizing his regular-season dominance. 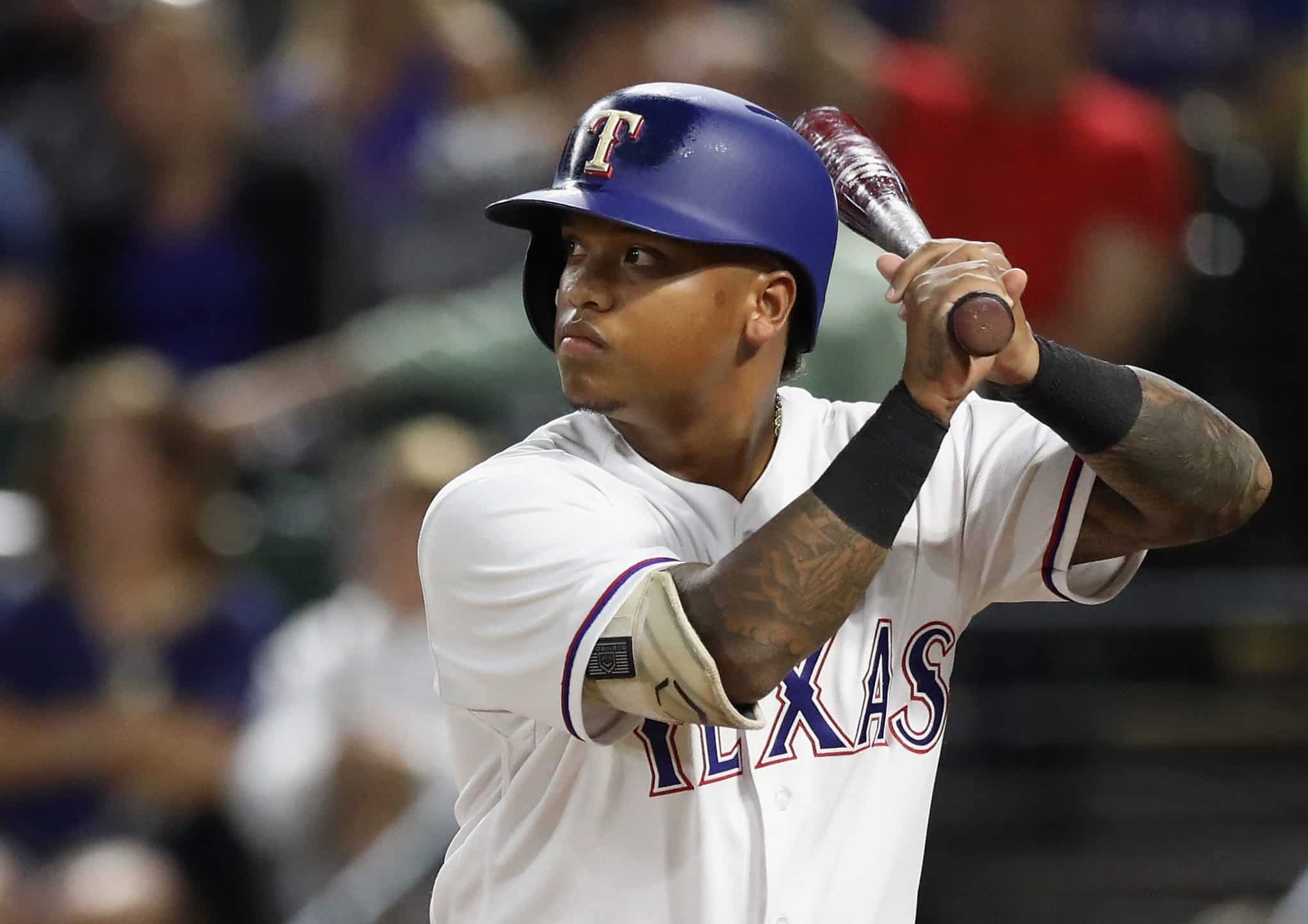 Willie Calhoun’s bat is ready for the big leagues. His defense, however, is not, which is why he’ll start the year with Triple-A Round Rock. But that didn’t stop our panel from picking the second baseman-turned-outfielder as the American League’s Rookie of the Year.

The 23-year-old may not begin the season in the big leagues, but with the Rangers using the incredibly unimpressive platoon of Ryan Rua and Drew Robinson in left field, Calhoun won’t be down on the farm for long. 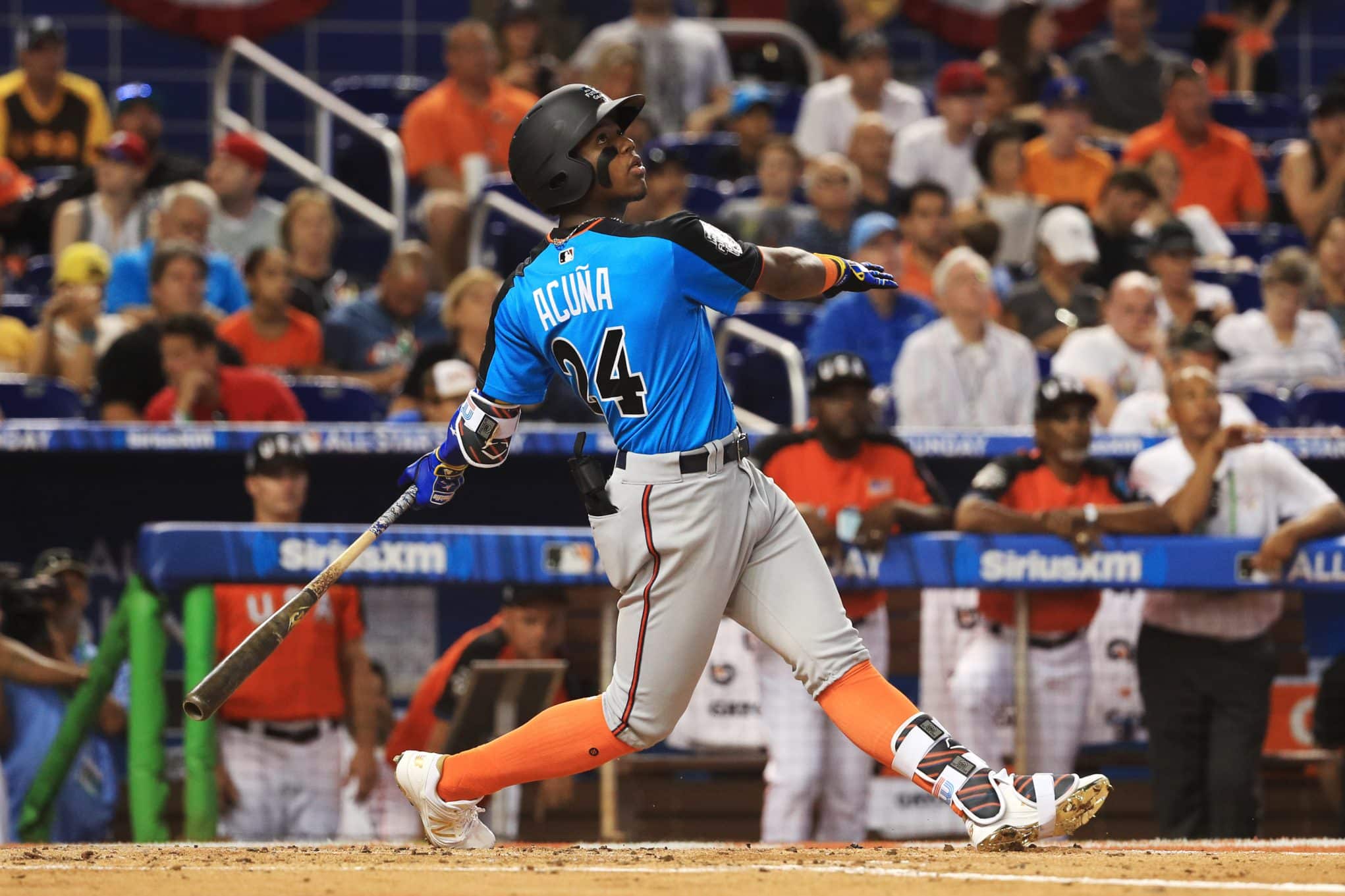 There are a lot of reasons people are high on Atlanta’s future, but none is bigger than 20-year-old outfielder Ronald Acuna.

Ranked as baseball’s top prospect heading into the season by both Baseball America and Baseball Prospectus—MLB.com has him at No. 2 behind Shohei Ohtani—Acuna seemingly has no weaknesses. All of his tools grade out as plus or better, and his upside is endless.

That said, Acuna didn’t run away with the award. Another über-talented outfielder, who will also call the NL East home for years to come, came awfully close to forcing a tie in the voting. 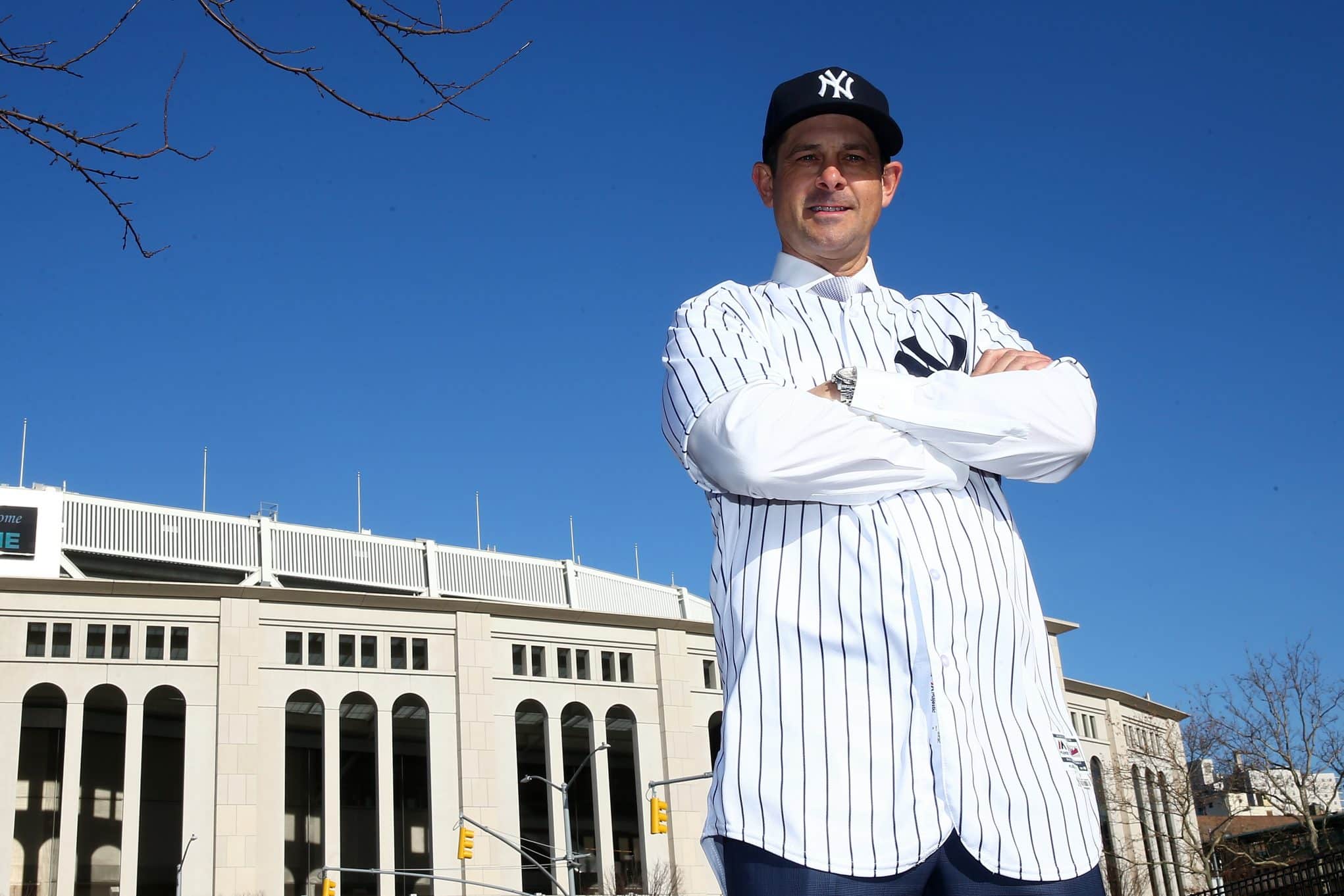 According to our panel, a first-year skipper—the Yankees’ Aaron Boone—will take home a Manager of the Year Award in 2018. In 2017, it was Arizona’s Torey Lovullo who kept the streak alive.

Boone inherits a supremely talented ballclub, one that, as noted earlier, only got better during the offseason. While some may question how much actual managing Boone will get to do, he’s a baseball lifer from a legendary baseball family.

The odds are in his favor for success in the dugout. 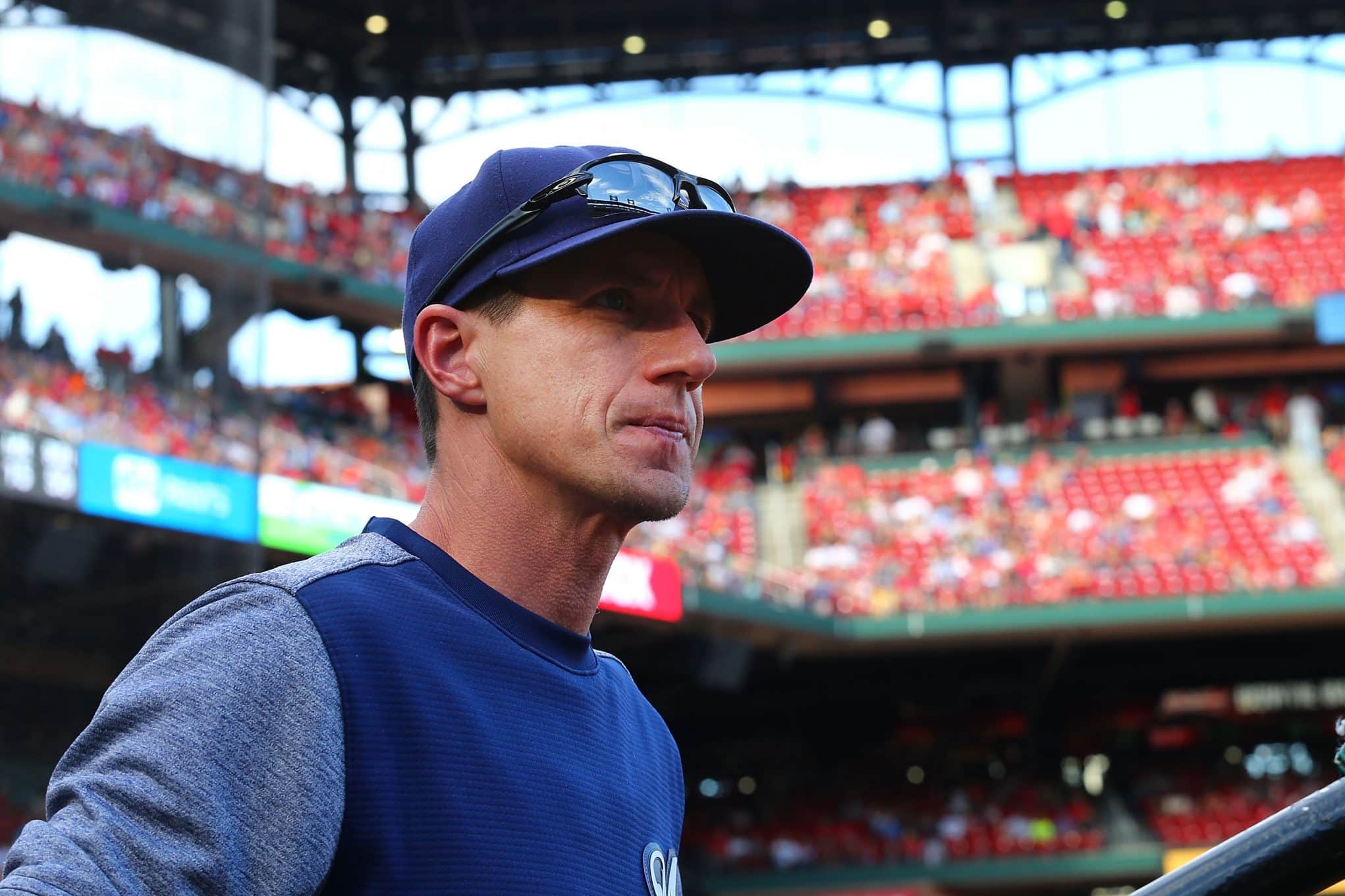 After guiding the Brewers to a second-place finish in the NL Central in 2017, ownership rewarded him with a bunch of shiny new toys.

Newcomers Christian Yelich and Lorenzo Cain not only provide Counsell with two dynamic bats to serve as table-setters atop the lineup but a vastly improved outfield defense as well.

They, along with the holdovers from last season, will find Counsell and the Brew Crew pushing the 90-win mark for the first time since 2011. 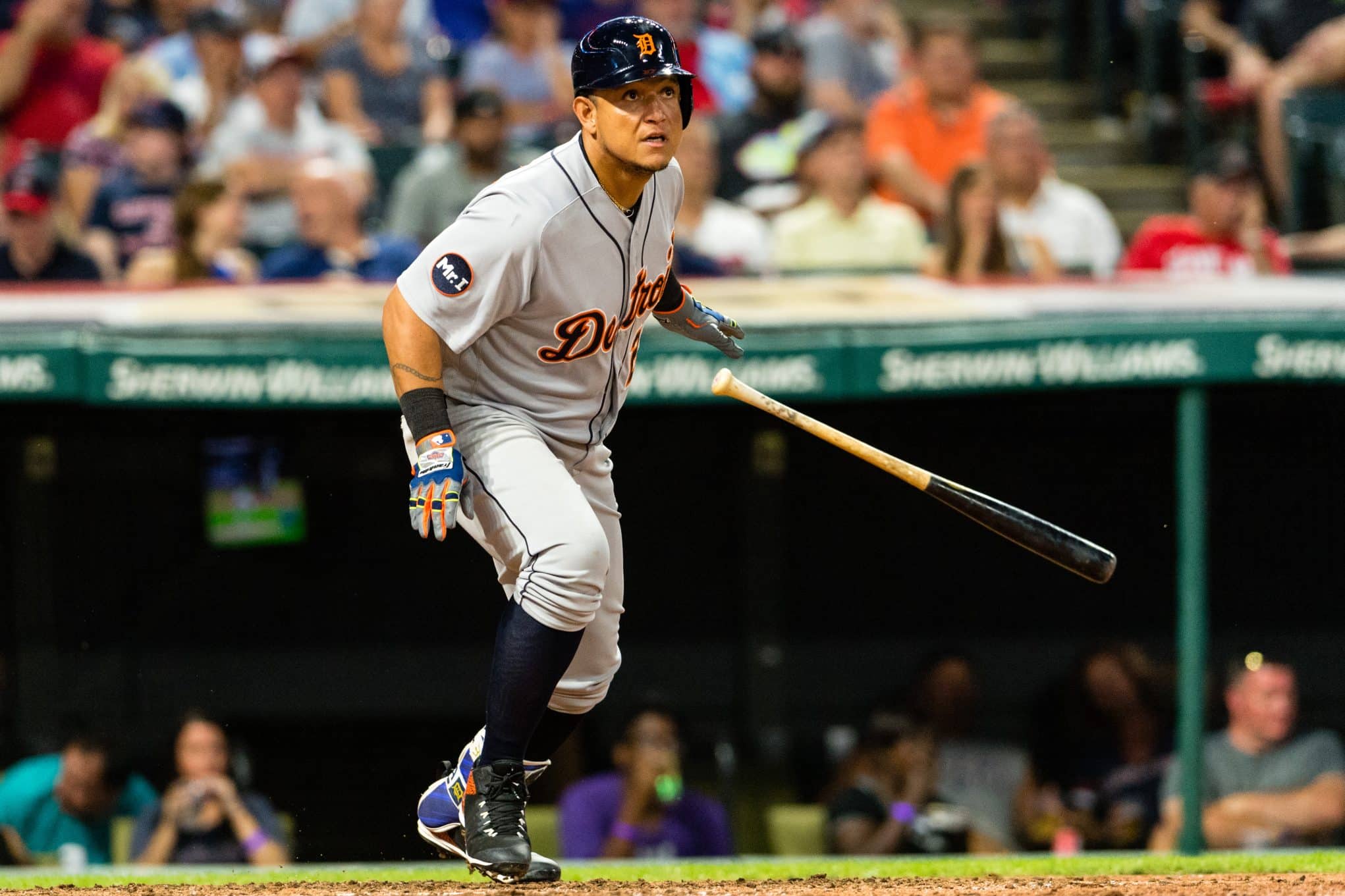 Last season, for the first time in 14 years, Miguel Cabrera’s name didn’t appear on any ballots for MVP. While he may not get back to his MVP form in 2018, our panel expects the two-time AL MVP to come back with a vengeance.

Miggy dealt with a back injury suffered while playing for Venezuela in the World Baseball Classic all season and could never get himself going. He finished the year with the worst numbers of his Hall of Fame career, hitting .249 with 16 home runs, 60 RBI and a .728 OPS in just 130 games.

There’s no question that his best baseball is behind him. But entering his age-35 season, a healthy Cabrera will still be a dangerous, productive hitter, one opposing pitchers would be wise to try and work around. 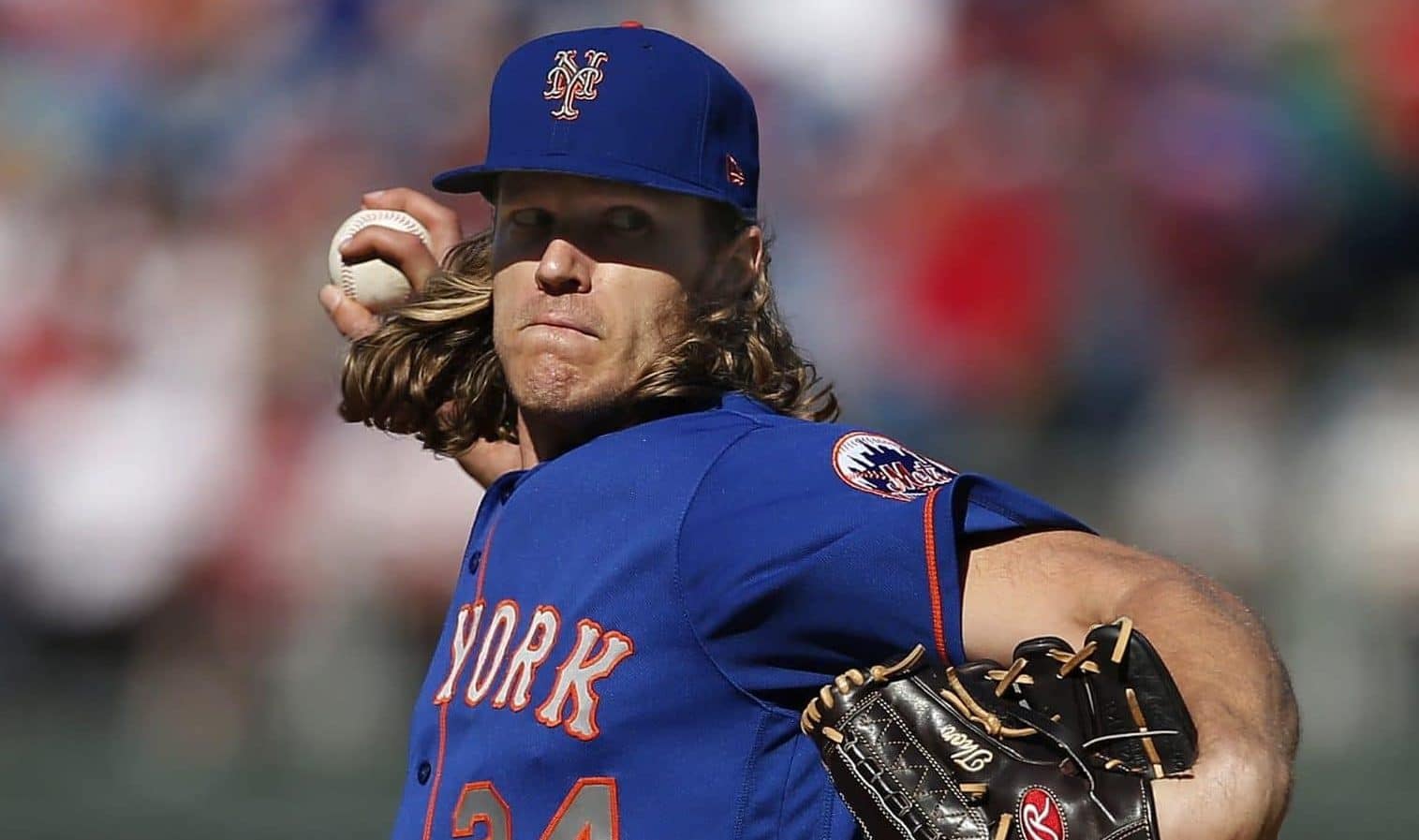 A partially torn lat muscle cost Noah Syndergaard all but seven starts in 2017. It was an injury that not only killed his season but the New York Mets’ campaign as well (though other injuries contributed, of course).

We’ve seen what a healthy Syndergaard is capable of, and there’s no reason to think that the 25-year-old can’t return to his pre-injury form in 2018. He wins this award going away from one of his fellow rotation-mates at Citi Field.

You’ve seen the picks, the predictions and the numbers. Now it’s time to put names with all of those selections.

Our esteemed panel of voters includes:

With the regular season in the books, here’s how each voter sees things playing out in the postseason.

Last, but certainly not least, individual award picks in the National League.

NEXT: 'Twas The Night Before Yankees Baseball