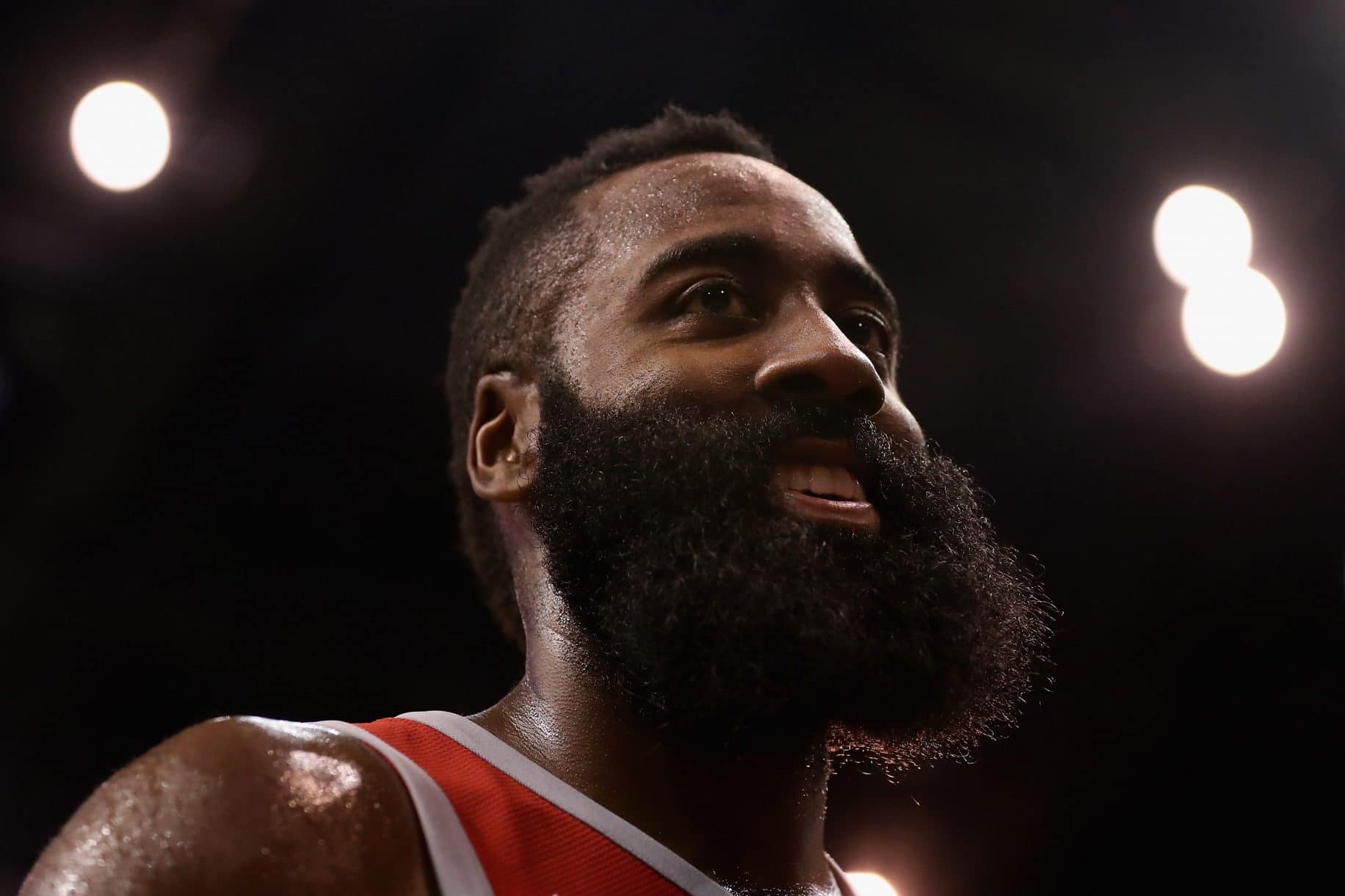 Here are the frontrunners for some of the most prestigious NBA awards as the All-Star break arrives. There are some fresh faces that could be taking home the hardware.

The 2017-18 season has featured many captivating moments and players. Here are the frontrunners for some of the most prominent NBA Awards as the All-Star break is upon us.

The Houston Rockets own the best record in the NBA going into the All-Star break (44-13). And James Harden is the biggest part of that success. Averaging a career-high 31.3 points, as well as 9.0 assists and 5.1 rebounds per game, he’s been an unstoppable force on the offensive end.

Whether it be playing in isolation, attacking the rack, running the fastbreak or finding the open man, Harden has contributed to the Rockets’ dominance in a number of ways. Alongside Chris Paul, who has also been superb this season, Harden and the Rockets have made their presence felt in the Western Conference and the two have established themselves as the best backcourt pairing in the NBA.

Despite his suspect defense, Harden is deserving of the 2017-18 MVP, especially when considering how he’s had to adjust his game to coexist with Paul — who is a ball-dominant guard.

Coach of the Year: Brad Stevens

For the second consecutive season, the Boston Celtics are right in the thick of things at the top of the Eastern Conference. What’s remarkable about their ability to do as such is the fact that they lost star forward Gordon Hayward — who they signed to a four-year, $128 million deal this offseason — to a fractured ankle on opening night.

Currently 40-19, head coach Brad Stevens has received a heroic defensive and all-around effort from his squad. Whether it be Jaylen Brown and Jayson Tatum stepping up and guarding the perimeter in Hayward’s absence, while also becoming offensive threats, Kyrie Irving answering the call in one-on-one sets or the team’s lockdown interior defense, Stevens has the Celtics on the same page defensively. Currently second in the league in points surrendered (99.6), they’ve been able to contain teams’ offensive firepower.

The Celtics are also operating with a selfless mentality on the offensive end and it has them near the top of the Conference. Stevens’ shrewd system and ability to get in his players’ ear deserves its credit.

Victor Oladipo was considered part of a horrible trade package that sent Paul George to the Oklahoma City Thunder, but the now-Indiana Pacers’ guard has ended that notion.

The combo guard earned himself a spot in the All-Star game based on his two-way play. He’s been, hands-down, the most improved player in the NBA this season.

Los Angeles Clippers’ shooting guard Lou Williams is the most surefire pick to win an award this season — that being Sixth Man of the Year.

Averaging 23.2 points per game off the bench, Williams has been one of the more potent scorers in the Western Conference. Whether it be forcing the issue at the rim, playing in isolation or finding the open man (Williams is averaging 5.3 assists per game), he’s been the driving force of the Clippers’ offense.

Currently sitting at 30-26, head coach Doc Rivers will continue to lean on Williams to lead the charge offensively in their attempt to reach the playoffs.

Rookie of the Year: Ben Simmons

Philadelphia 76ers’ point guard Ben Simmons has already established himself as one of the better all-around players in the association in his rookie season.

Ranging from his ability to serve as a go-to scorer, hit the boards, find the open man to even playing tight on-ball defense, the 6-foot-10 Simmons is a complete player. Averaging 16.4 points, 7.8 rebounds, 7.3 assists, 1.9 steals and 0.9 blocks per game in 34.9 minutes a night, the LSU product has showcased an ability to contribute in a big way on both ends.

Simmons has put forth the best all-around rookie campaign in the association.

The NBA has become a league where little to no defense is played at times, but select individuals have put forth valiant defensive efforts. This season, Milwaukee Bucks‘ forward Giannis Antetokounmpo (AKA the “Greek Freak”) is deserving of Defensive Player of the Year.

Ranging from his wingspan, rebounding prowess, quick hands to even his shot-blocking presence, the Greek Freak is a force to be reckoned with. Averaging a career-high 10.4 rebounds, 1.3 blocks and 1.4 steals per game going into Thursday night, he’s continued to showcase his well-rounded defensive game.

Barring a colossal second-half collapse, the Greek Freak should be crowned the Defensive Player of the Year.

NEXT: The Cleveland Cavaliers brightened their future at NBA trade deadline