The New England Patriots look to repeat as Super Bowl champions as they take on the Philadelphia Eagles in the Twin Cities in Super Bowl LII. 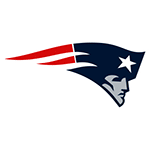 Patriots By The Numbers

What To Look For

For the eighth time since 2001, the New England Patriots are in the Super Bowl and are in a position to repeat as NFL champions for the second time in their history. Coincidentally, Bill Belichick’s club was the last team to turn the trick (2003 and ’04). Meanwhile, the last time the Philadelphia Eagles won a league championship was way back in 1960. That was the first season in the history of the Pats. Brady and his team have made a habit out of making some super comebacks as of late. So it may be a surprise if New England jumps out on top early on. If the Birds are to pull off the upset, their deep and talented defensive front has to be the difference.

NEXT: Are Brady/Belichick Best-Ever Sports' Duo?