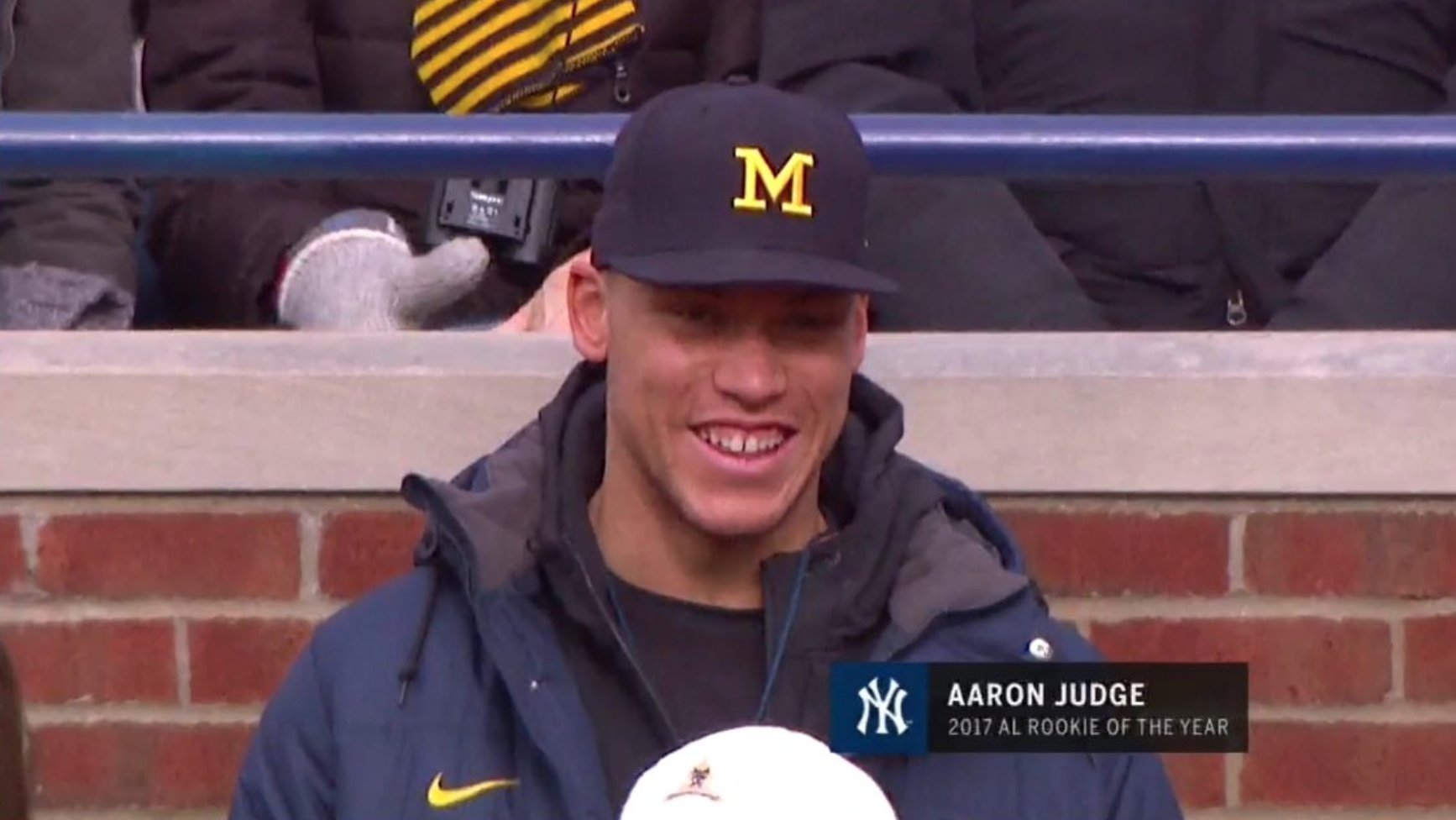 When we mention a New York Yankees superstar on the sidelines meeting with adoring fans at a Michigan football game, the first name that comes to mind is Derek Jeter.

Now with Jeter manning the Miami Marlins, he doesn’t have time for all of that. So that’s why Aaron Judge took his place on the sidelines at this afternoon’s Ohio State-Michigan game.

The @yankees own @TheJudge44 came to hang out with us today before #TheGame! #GoBlue #BeatOSU pic.twitter.com/PbEPHBMU3k

However, he clearly doesn’t bring the luck quite like Jeter did, as the Wolverines were silenced in the fourth quarter en route to their 31-20 loss to their rivals.

The American League rookie of the year was spotted grabbing some grub before the game and hanging out on the sidelines during this big matchup, much like Jeter used to do.

Of course, Jeter was known for being a huge Michigan fan. We can only guess Judge is there because his girlfriend, Instagram beauty Jen Flaum, graduated from University of Michigan.

Regardless, of course Judge found his way to a place where Jeter frequented because him and Jeter are one and the same. I mean, listen to their postgame interviews. They both are team players who refuse to take credit for their own successes.

If you really do think about it, Jeter and Judge have similar swings when Judge is punching it to the opposite field. Plus, fans are calling for him to be the next Yankee captain, despite him only having one full season under his belt.

And this time, Judge was at The Game. The big rivalry. Jeter, unfortunately was not. And let’s talk for a minute…has anyone ever really seen Jeter and Judge in the same place at the same time?

Something to think about. But for now, we’re still getting our Judge fix in the offseason. At least he’s getting exposure on the FOX cameras to prepare for his stint in next season’s World Series.

NEXT: New York Yankees: Time is winding down for Clint Frazier in pinstripes