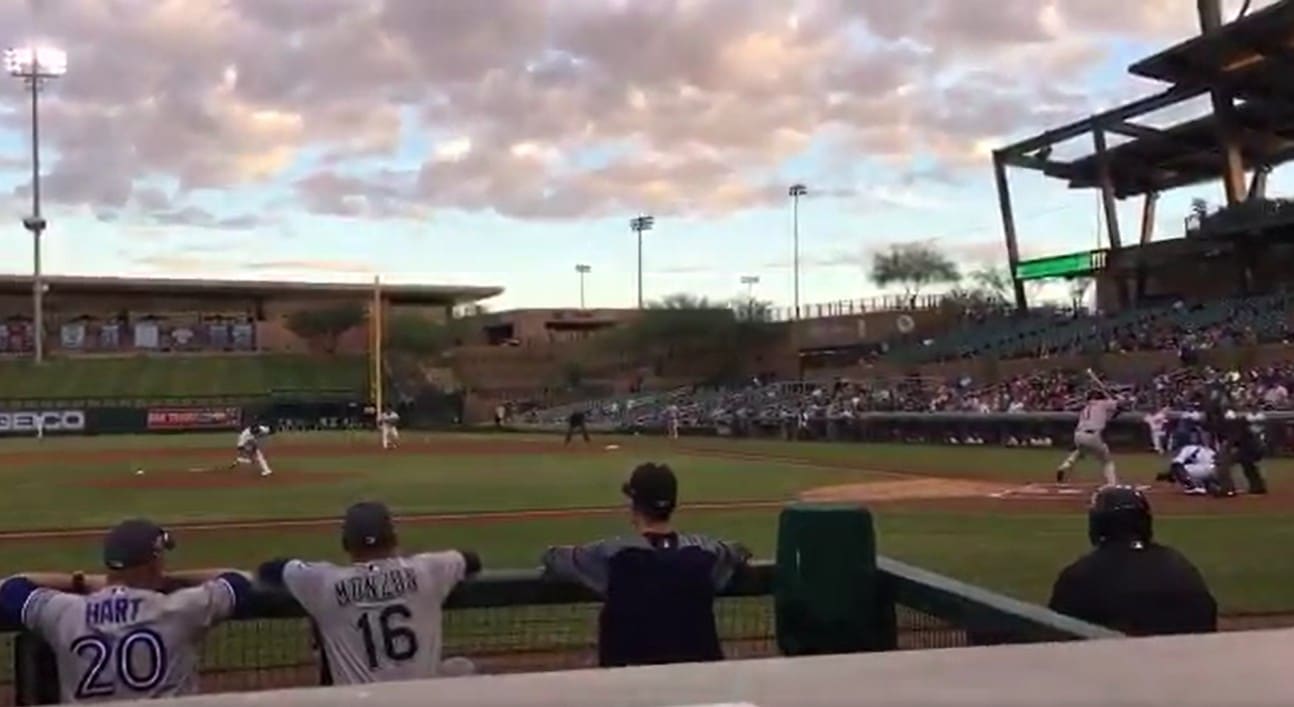 The New York Yankees have a great team now but looking down the horizon, they have a stud pitcher coming up in Justus Sheffield.

The Arizona Fall League is ripe with potential superstars. The New York Yankees sent a plethora of prospects to Arizona this year, in hopes that a few would emerge as some of the top prospects in the league.

Well, Justus Sheffield got his first taste of fame last night, as he was named the starter for the AFL East Fall Stars during their All-Star Game.

Did he absolutely dominate? No. But he was impressive enough to warrant a second look at the Yankees’ fourth ranked prospect.

Sheffield threw 31 pitches and struck out two batters in two innings of work. He allowed one run on three hits. His two strikeouts came against Red Sox prospect Michael Chavis on an impressive 86 MPH slider and Cleveland Indians prospect Francisco Mejia on a 95 MPH fastball.

Second strikeout on night for #Yankees prospect Justus Sheffield, as he blows a 95 MPH fastball past Mejia. #AFL pic.twitter.com/6I9HAK6Ukg

While Sheffield did not dominate, he got the job done, allowing just one run in his team’s 4-2 victory over the AFL West All-Stars.

The 21-year-old lefty wasn’t the only Yankee prospect to make it to the Fall Star Game. He was joined by and second baseman Thairo Estrada and outfielder Billy McKinney, the system’s third and 23rd prospects, respectively.

However, McKinney and Estrada didn’t fare as well, both going 0-for-2 at the dish.

Regardless, the future is incredibly bright in all facets of the game and just having Sheffield as the starter in the biggest game of the AFL means something.

NEXT: Best New York Yankees' Teams To Not Win A World Series