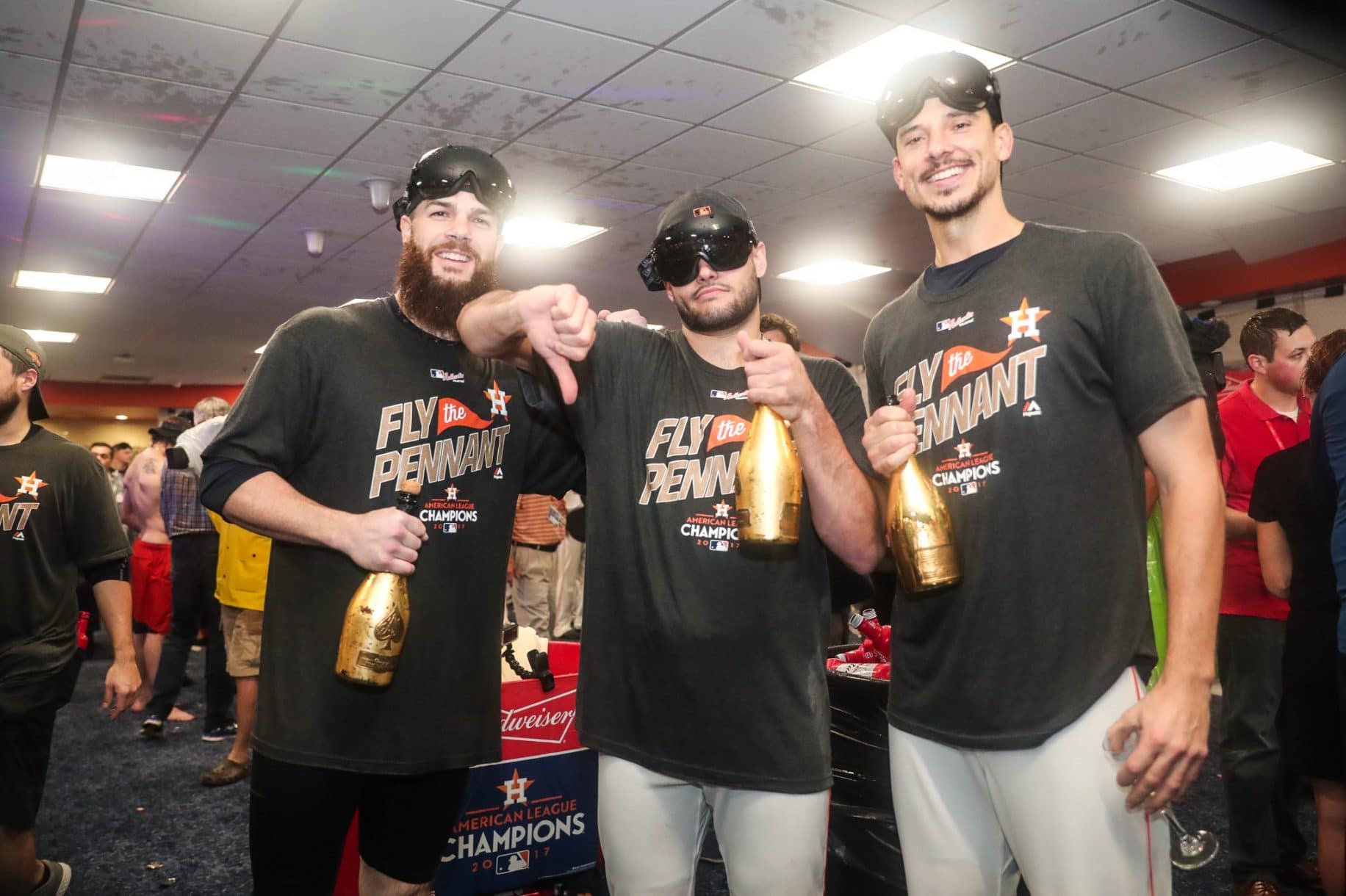 The New York Yankees just lost Game 7 to the Houston Astros but Houston decided to pour salt on the wound in their postgame celebration.

The Houston Astros had it all. They are heading to the World Series, they took Game 7 from the surging Yankees and they had the champagne ready to roll on Saturday night.

But wait…that wasn’t enough for this World Series-bound Astros. No, instead they had to rub it in the faces of the Yankees.

Houston starting pitcher Lance McCullers took to Twitter during the celebration to fight back at the Yankees. After his four-inning performance in Game 7, McCullers celebrated by stealing the Yankees’ celebration.

That’s right, ladies and gents. He did the Todd Frazier thumbs down gesture that helped the Yankees rally both into and throughout the playoffs.

Sure, it’s easy to say that Yankees fans are just being salty. If it was Justin Verlander or Brian McCann, veterans of the game who have been here before, we would probably get over it. But the 24-year-old pitcher who shut down an already struggling Yankees offense twice this series, he’s setting himself up for failure in the future.

Make fun all you want but you haven’t won the World Series yet. In fact, you’ve got a much tougher task ahead of you in the Los Angeles Dodgers who have lost only one game this postseason.

So mock the Yankees all you want. You’re just jealous you don’t have a “thing.” And trust me, the Yankees do not forget. And you’ve got a LONG career ahead of you.

Thumbs down for your poorly executed thumbs down gesture. We’ll see mocking the team that gave you the best competition this postseason pays off. Stay tuned.