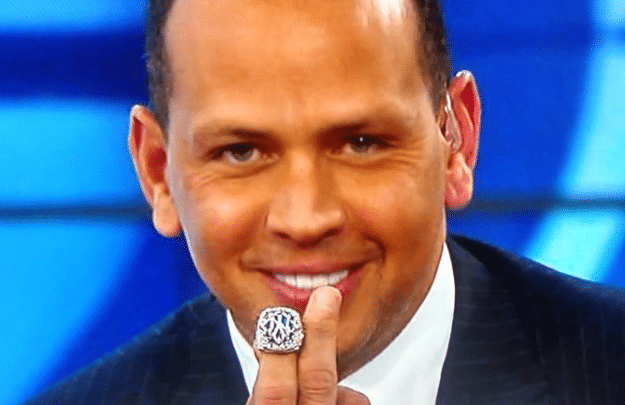 We get it A-Rod. Enough already. We all understand you won a World Series with the New York Yankees in 2009.

Obviously, these harsh words of advice must be spoken thanks to Alex Rodriguez’s recent actions on television. He and former rival David Ortiz have been going at it on Fox Sports 1 during the pre and postgame coverage all ALDS long.

The fellas’ antics even led to a question towards general manager Brian Cashman regarding A-Rod:

Now, without Pete Rose, the intent is clear. Fox is looking to acquire as many crazy personalities as possible to reach the masses. Throw an A-Rod and a Big Papi or even a Keith Hernandez at them and hopefully, “they will come.”

Once is fine. And once, in speaking about A-Rod taking out the ring, is actually funny the first time. But come on guys, enough is enough.

What the ring does for fans is have the exact reverse effect. Instead of remembering the 2009 World Series fondly, the diehards are painfully reminded that Rodriguez could only collect one championship in 12 seasons. It actually becomes cringe-worthy.

It’s a shame too because A-Rod is a terrific analyst. One of the best in the game.

NEXT: Yankees Advance to ALCS With Game 5 Victory (Highlights)