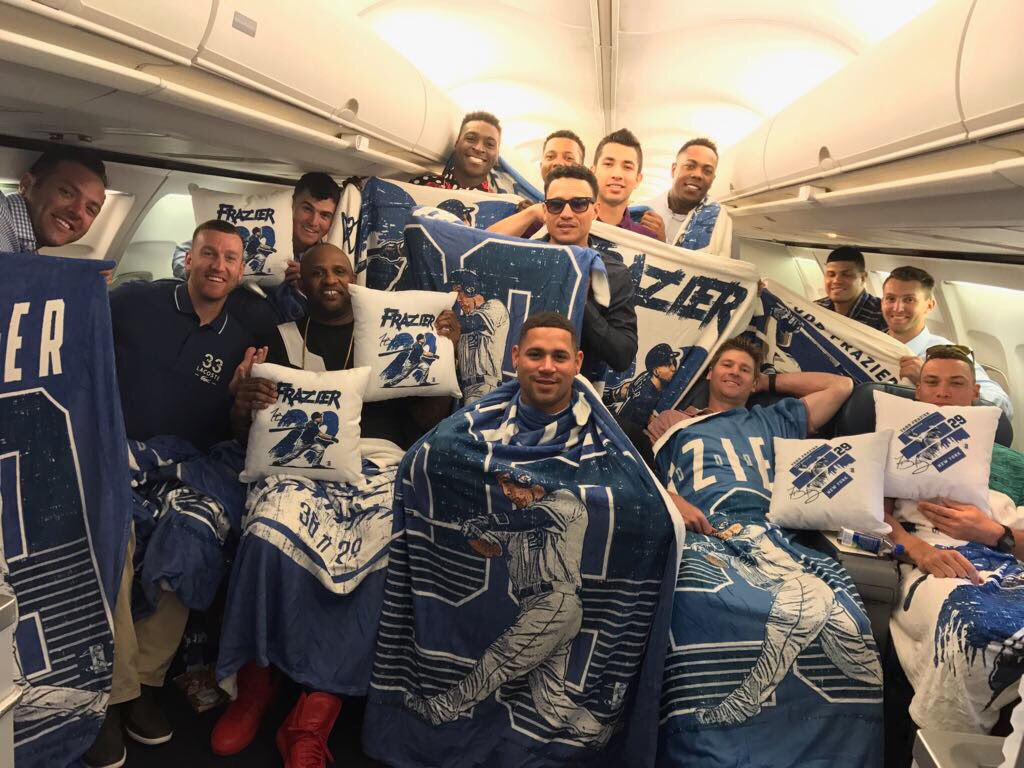 The New York Yankees are a little too glad that Todd Frazier is on their team, as referenced on their flight back to New York today.

We’ve all seen the pictures and videos posted on various Instagram stories and Snapchats of what happens on the flights to and from games for the New York Yankees.

Apparently the Yankees chose to honor their good buddy, third baseman Todd Frazier by donning blankets, pillows and more that were clearly made from before his time in the Bronx.

But where? And why? Is there a reason for all the love for Frazier? I don’t know, but I think I love it.

I think the best part of this whole thing is looking closely at each individual player close up. Gary Sanchez is donning his blanket like a Snuggie with a goofy smile on his face. Aaron Judge is hiding behind his pillow.

And Chase Headley is lounging like a model, possibly relaxing now that he doesn’t have hold down the hot corner every day of the week.

We’re thankful that Frazier can hit home runs when it counts. But maybe we should save the hero’s welcome until he starts hitting over .230. Just saying.

Thanks go out to Luis Cessa for sharing this. It shows they’re loose, having fun and not taking themselves too seriously off the field. On it? They’re absolute beasts.

NEXT: New York Yankees: Money Could Prevent Pursuit of Desired 1B