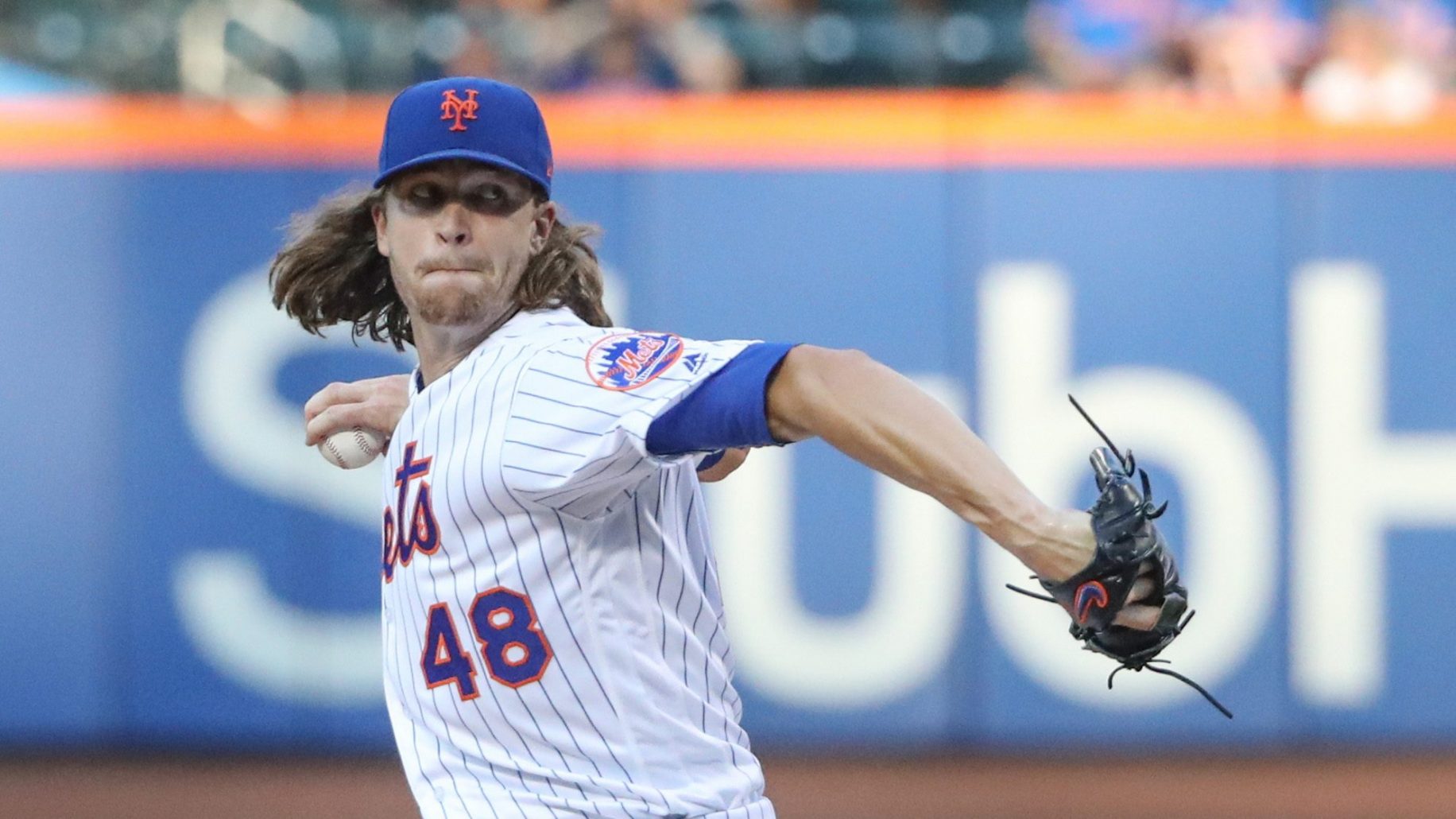 Only 10 times in the last 51 years have the New York Mets and New York Yankees traded with each other. What we’re proposing would blow them all away.

But part of the fun of being a sports fan is imagining those “what if” scenarios. That’s especially true in the days leading up to MLB’s Jul. 31 non-waiver trade deadline. I mean really, what sports fan doesn’t love playing general manager?

So let’s have some fun.

Why It Works For the Mets:

In exchange for their ace, the Mets get an All-Star reliever in his prime and a pair of top 100 prospects (per MLB.com) who possess a ton of upside.

Everyone knows what Betances, one of the game’s elite relievers, brings to the table. Pairing him with a healthy Jeurys Familia would give the Mets their most lethal late-inning combination since, well, ever.

Under team control through 2019, he also gives the Mets some insurance should Familia depart as a free agent after the 2018 season.

The only thing Adams has done since the Yankees took him in the fifth round of the 2015 MLB Draft is dominate. In parts of three minor league seasons, he’s gone 26-5 with a 2.11 ERA and 0.95 WHIP, striking out 288 batters over 260 innings of work.

He’s got the makeup and stuff to blossom into a front-of-the-rotation arm in the big leagues. And he’s pretty much ready to contribute right now.

Mateo’s speed remains his biggest strength, but he’s got sneaky power and has been on fire since being promoted to Double-A Trenton. Mateo has reached base safely in each of his first 19 games with the Thunder, hitting .340 with 12 extra-base hits, 17 RBI, nine stolen bases and a 1.060 OPS.

He doesn’t walk enough to lead off but would make for a fantastic No. 2 hitter in a lineup. He won’t stick at shortstop in the big leagues but has the skills to excel at second base or in center field, both positions of need for the Mets.

Why It Works For the Yankees:

Like Betances, deGrom needs no introduction. One of the premier starters in baseball, he’s the durable, reliable stud that the Yankees need next to Luis Severino atop the rotation. Under team control through 2020, he’s far more than a short-term rental.

Betances isn’t expendable, but with both Tommy Kahnle and David Robertson now back in the fold, his loss wouldn’t sting nearly as much. With or without Betances, the Yankees bullpen would still be terrific.

NEXT: 6 Reasons Why Blockbuster Deal is Perfect for Yankees

Mets will have unsurprising disadvantage in Shohei Ohtani sweepstakes

How much of a bargain are Mets getting with Jeff McNeil?