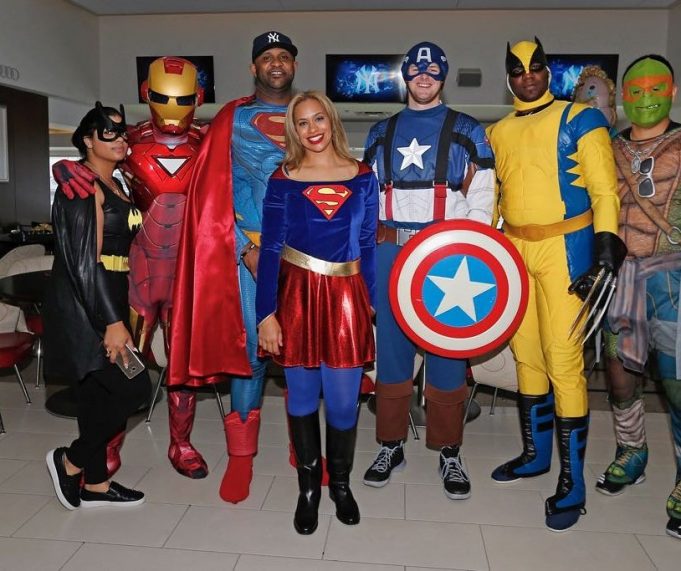 HOPE Week is in full swing for the New York Yankees and Wednesday ended up being a “super” day for the starting rotation.

An annual tradition, HOPE Week for the New York Yankees began on Monday for its ninth year. The initiative serves as way for the Yankees to recognize individuals, family and organizations for all they do to help others.

Each years, Yankees players take part in the tradition, giving back to the community by listening and sharing their own stories with these recipients.

Wednesday was an unexpected off day for the Yankees, which allowed the entire starting rotation to participate in the honoring of A Moment of Magic Foundation.

The organization is a non-profit that visits pediatric hospitals in under the guise of some of the most famous characters, according to their website. Who’s more famous than the New York Yankees starting rotation?

The clan took to Yankee Stadium dressed as a variety of superheroes and sat, chatted and played with some of their young fans. Iron Man (Luis Severino), Superman (CC Sabathia), Captain America (Jordan Montgomery), Wolverine (Michael Pineda) and Michelangelo (Masahiro Tanaka) proved they are the heroes we didn’t know we needed until right now.

The rain didn't stop #HOPEWeek Day 4! We honored A Moment of Magic Foundation, with a little help from some super-heroic pitchers! ? ? pic.twitter.com/Ro7HLVd6ck

Both Sabathia and Severino brought along their wives to this event, who were dressed as Supergirl and Batgirl respectively.

The five flamethrowers took pictures, played games and even colored with some of their fans before donating a $10,000 check to the A Moment of Magic Foundation.

So I guess it is true: they aren’t just heroes on the ball field. They are heroes in giving back to the community, whether they are wearing the silly costumes or not.

Oh, and Brian Cashman was in a Spiderman suit.

Let me speak for everyone when I say, fans certainly got their taste of Yankees entertainment to last them until tomorrow’s game.