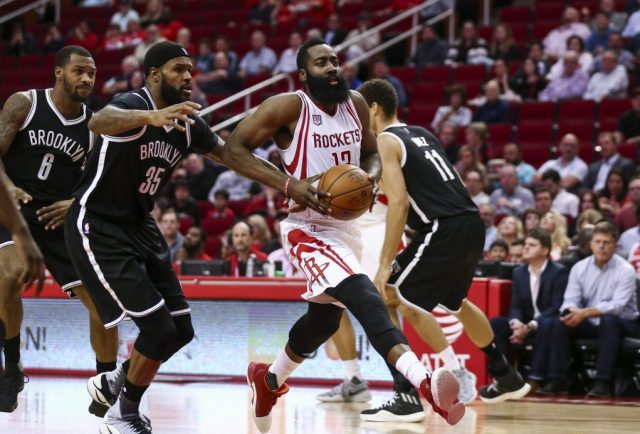 James Harden is having the best season of his young career and by light years. To take it a step further, in a year where Russell Westbrook is averaging a triple-double, Harden’s also having one of the finest individual seasons in NBA history.

The Beard isn’t too far off averaging a triple-double himself, and he’s doing it for the third-best team in the Western Conference. The Houston Rockets are 40-18 at the All-Star break (they won 41 games all of 2015-16).

Harden does it all for the Rockets – he’s even playing defense this year. They don’t make anyone think they’ve got a legitimate shot at knocking off the Golden State Warriors (because no one in the West does), but outside of the San Antonio Spurs it’s the match-up you want to see. That’s almost solely because of Harden.