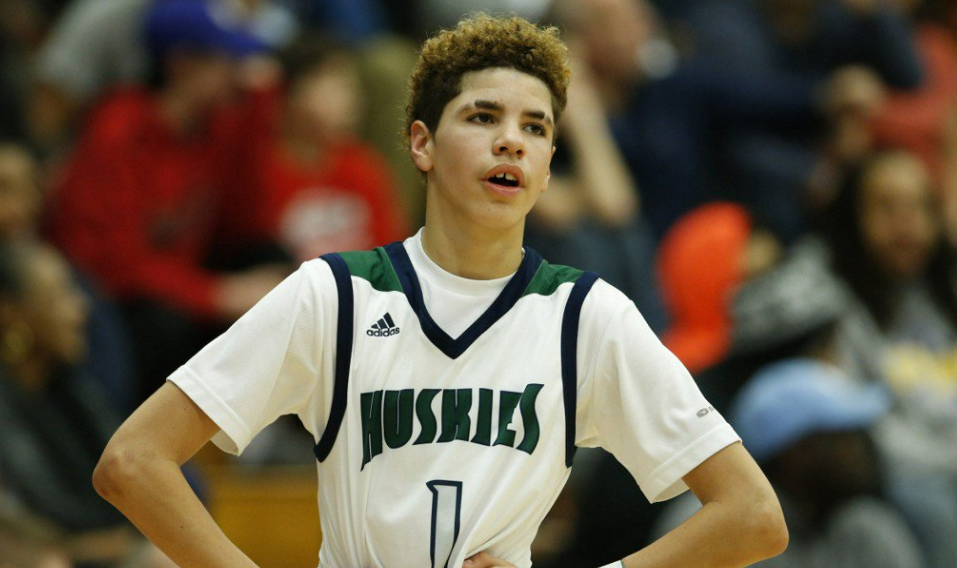 By now you have heard of LaMelo Ball dropping 92 points in a high school game. The feat sounds impressive, but wasn’t all it was cracked up to be.

LaMelo has already committed to play for UCLA where his brother, Lonzo Ball, currently plays for the No. 10 ranked Bruins.

In this game, however, even though he scored 92 points, there is no way members of the UCLA basketball recruitment team saw this as impressive as the rest of the nation seemingly has.

This is so lame haha pic.twitter.com/iEcrl1opDJ

There is no doubt that the kid can shoot, but on most plays in the video you can see he doesn’t go much further than mid-court, and isn’t too interested in playing defense.

In the school yard, they used to call this “cherry picking.”

His shooting percentage was phenomenal, but, overall, celebrating a game such as this is a huge problem in today’s media. Sorry LaMelo, Elite Sports NY isn’t impressed in the least. Next time, play a little defense, you know, the area of the game that counts for half of the action.

#Hottake: LaMelo Ball is really good, but that 92-point game was not impressive. That looked like an annoying rec game w/ no defense.