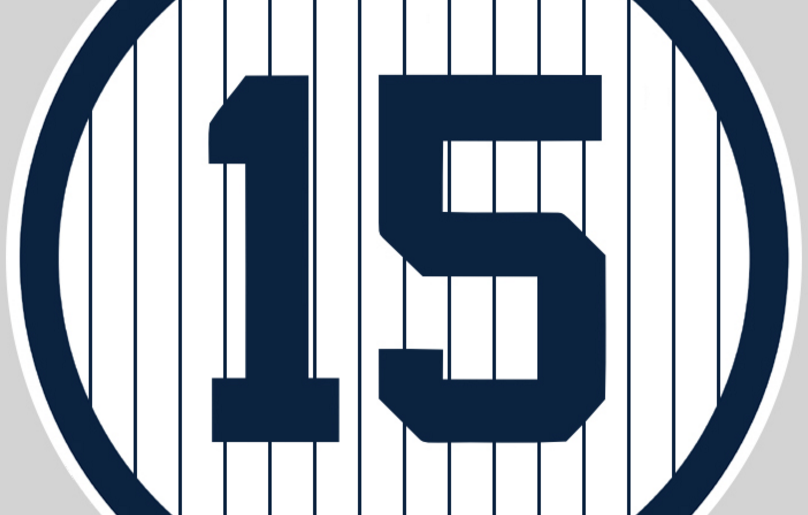 Now that we know who’ll be inducted into the Baseball Hall of Fame, we ponder why New York Yankees catcher Thurman Munson never made the cut.

For those under the age of 40, Thurman Munson was the starting catcher for the New York Yankees from 1970 — when he was the American League Rookie of the Year — until August 2, 1979, when he was killed in a plane crash.

Thurman Munson was the American League’s best catcher, by far, during the decade of the 1970s. No one was even close, and only one catcher in all of baseball — Johnny Bench, of the National League’s Cincinnati Reds — may have been better than Munson during that time.

How good was Munson? After winning the Rookie of the Year in 1970, Munson went on to play in seven All-Star Games in the next nine seasons. Munson was voted as the American League Most Valuable Player in 1976 and finished seventh in MVP voting in 1975 and 1977.

A right-handed hitter who played in Yankee Stadium before the renovation (when left centerfield was truly “Death Valley”), then at Shea Stadium during the Yankee Stadium renovation (a notoriously bad ballpark for hitters), Munson still managed a career batting average of .292 and finished in the Top 10 in hitting five times in his 10 seasons as a starter.

Mind you, this was at a time when catchers almost never hit for high averages. Even the great Johnny Bench retired with a .267 average while Carlton Fisk hit .269 and Gary Carter hit .262. Bench, Fisk and Carter are all in the Hall.

Munson was also a clutch hitter, driving in 100 runs in three straight seasons (finishing second in the AL in 1976 and fifth in 1975), despite the fact that he was not a power hitter (only once did Munson manage to hit 20 home runs in a season). To put this feat into perspective, only one other catcher in Major League Baseball would drive in more than 100 runs in three consecutive seasons between 1977 and 1998: Gary Carter.

But as great as Munson was in the clutch during the regular season, he was even better in the postseason.

In three American League Championship Series, Munson hit .339 and drove in 10 runs. In three World Series, Munson was even better, hitting .373 with 12 RBI. The bigger the stage, the better Munson performed.

But Munson was not simply an offensive powerhouse; he was an excellent backstop, too. Munson earned three Gold Glove awards for his defensive prowess and caught two different Cy Young Award winning pitchers (Sparky Lyle, 1977; Ron Guidry, 1978) in consecutive seasons — a feat accomplished by only a handful of catchers in baseball history.

Munson also served as team Captain; the first Yankee to serve as Captain since Lou Gehrig in the late 1930s.

Munson was by far the most dominant at his position in the American League for the 1970s, and dominating a position in one league for a decade should be good enough to merit Hall of Fame induction. It was good enough for Frank Thomas, who was inducted two years ago after a career that featured nine outstanding seasons to start his career and another decade of mediocrity primarily as a designated hitter because his fielding ability was extremely limited. And, of course, Sandy Koufax was inducted after recording five of the most dominant seasons a pitcher has ever had, though he was pretty mediocre otherwise.

One last thing … Anytime I mention that Munson was the AL’s best catcher for the 1970s, there’s always someone who brings up Boston’s Carlton Fisk.

Fisk bounced back strong from 1976-1978, but caught just 39 games in 1979. And Fisk drove in more than 71 runs just twice in the 1970s while hitting 10 percentage points lower than Munson. Fisk did win one Gold Glove Award, but again, Munson won three. Fisk never helped a pitcher win a Cy Young Award and his .259 career post-season batting average pales greatly in comparison to Munson’s stellar .357 average.

So why isn’t the American League’s best catcher for the decade of the 1970s in the Hall of Fame? He clearly belongs there.

It’s time for the Baseball Hall of Fame Veteran’s Committee to take a good, close look at Munson’s career and induct him.