From the beginning of time, the New York Yankees have seemingly had the same uniform. What would you say if I told you that should change?

The New York Yankees have the most iconic uniforms in all of professional sports — the pinstripes. No team will ever have a uniform that matches the Yankees, but does that mean that nothing should be changed?

In today’s game of baseball, many teams have more than two uniforms — some even have six or seven. Despite this, the Yankees have always stayed with their two staples: the pinstripes for home and the gray for away.

There are many people out there that just downright hate the away uniforms, and it could be for a good reason — they are just not easy on the eye.

It is time for ownership to conform to the new times and add an alternate uniform or two to bring some creativity to the club. Sure, there are people out there that think this will ruin the club’s “tradition.” Well, since the old stadium was torn down, now anything goes.

What do the Yankees have to lose by adding an alternate uniform to their clubhouse? Basically nothing other than that small group of fans. Jersey sales would skyrocket because all fans would want to get their hands on new merchandise, and it would bring a sense of fresh air their current road attire that looks like cement.

There are certainly those wondering what the new uniform could look like. I took that designing into my own hands: 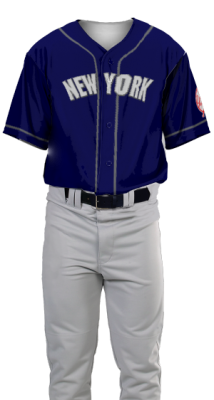 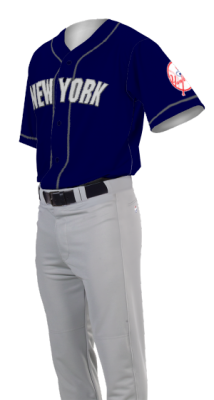 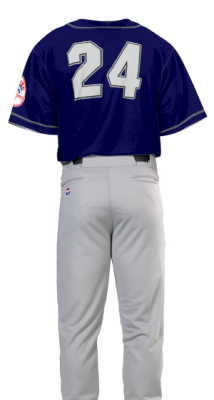 These navy blue jerseys with the secondary logo on the sleeve would make for perfect alternate attire on a Friday night or Sunday afternoon.

NEXT: The New York Yankees Could sign either Yoenis Cespedes, Edwin Encarnacion, or both (Report)


Now, if you think the jerseys I took myself to design are too different from what they currently have, a more conservative option would be adding in the spring training uniforms as a regular season alternative.

These would be the perfect fit if the Yankees decided to add on to their uniform choices because it is very simple and it is one that fans are already used to seeing. In other words, it would not be a shock.

This is yet another spectacular option for an alternate away uniform, which the Yankees used in 2016 for a preseason exhibition game against the Miami Marlins. The color is the exact opposite of the away uni’s that the team has now and could fit perfectly for regular season play.

The spring training/batting practice uniforms were designed flawlessly and should be displayed on the regular season level for the world to see.

Now that we looked at the potential jerseys that they could wear, let’s look at the different hats they can wear to match:

The first option could be for the team just to wear the hats that they always wear, the navy blue hats with a white NY logo. Boring, right? Let’s move on to the more intriguing option:

Once again, we turn to spring training for ideas. The spring training hats have a white front with the rest being navy, making for a perfect fit as an alternate hat. The team could pair this with the navy blue uniforms and simply ship their spring training attire to the Bronx.

Well, if you haven’t done so already, look at the options provided and truly realize that the New York Yankees desperately need an alternate uniform to add to their illustrious pair.