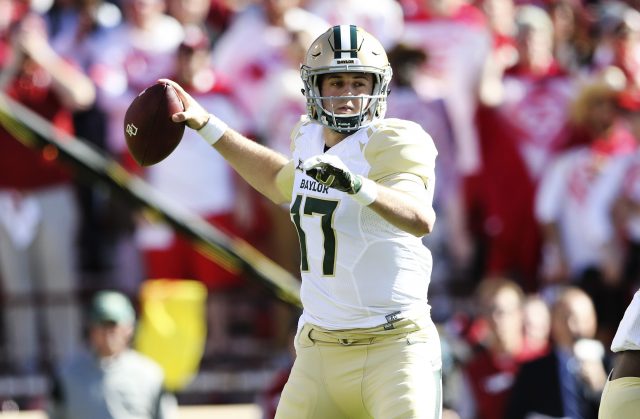 Baylor quarterback Seth Russell suffers one of the most gruesome broken legs you’ll ever see as his team plays Oklahoma.

Playing in Oklahoma on Saturday, Baylor quarterback Seth Russell is making the rounds as a viral keyword thanks to one play, and one pay only.

Unfortunately, it’ll be remembered as a play he’ll never want to remember.

Late in the third quarter, Russell scrambled out of the pocket and was taken down by two Sooners. Here is the unfortunate result of the play.

Obviously, feet aren’t supposed to be pointing that way.

Oklahoma players understood the severity of the situation:

Instead of watching replay of Seth Russell's gruesome injury… Watch this. Notice how much respect the OU stars have for this quarterback. pic.twitter.com/oIRtAIfCrz

It’s a tough break for a kid who came back from season-ending neck surgery a little over a season ago.