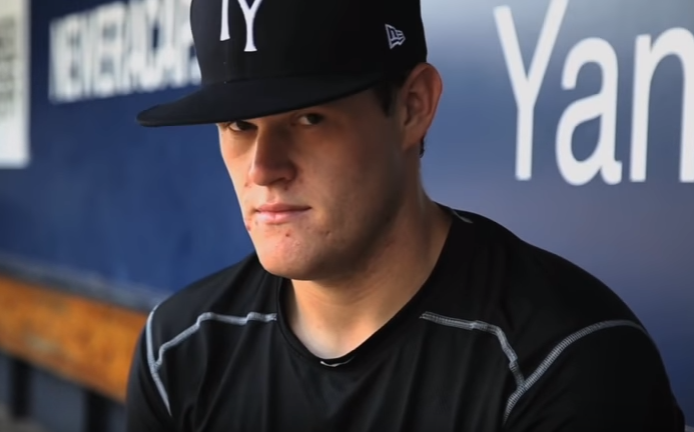 Josh Rogers is a pitcher currently with the Tampa Yankees who’s working his way up the ranks in the organization fairly quickly.

Josh Rogers was drafted by the New York Yankees in the 11th round of the 2015 draft. He is a left-handed starting pitcher from Louisville whose potential is as high as it comes.

Rogers, 22, has spent two seasons withing the Yankees organization splitting time between Charleston, Staten Island, and Tampa. The reason he has made his way through all of the different affiliates is due to the success that he has had.

Scouts project that Rogers will be a solid No. 3 or 4 man in the rotation and enjoy a successful major league career if he can polish his stuff as they expect him too since he is still very young.

Rogers was nice enough to take time out of his offseason schedule and conduct an interview with us.

Patrick Hennessy: In the 11th round of the 2015 MLB draft the New York Yankees selected you with their draft pick. What was the main reason you decided to forgo staying in Louisville and sign with the Yankees?

Josh Rogers: I felt that my two years at the University of Louisville prepared me for the next level. The coaching staff there always says they not only want to make sure you are ready for pro ball but have the ability to move through a system.

Patrick Hennessy: What was your reaction when you found out you were drafted by the Yankees?

Josh Rogers: It was an unreal feeling being that I have been a lifelong fan. My family and I would travel to New York once a year and always watch a game at Yankee Stadium. Is was lucky enough to have been at the old stadium and the new one.

Patrick Hennessy: When you made your professional debut you were only 20 years old. What do you feel was the biggest obstacle you had to face while adjusting to the minor leagues from college?

Josh Rogers: I don’t feel that the adjustment was a difficult one at all. The way the program at Louisville I was not only physically felt ready to compete at the professional level but the mental aspect of the game. I can’t say enough good things about what Coach McDonnell and that program did for me.

Patrick Hennessy: While growing up in Indiana, was there a player that you idolized and attempted to model your game after?

Josh Rogers: Not really, surprisingly, basketball was my favorite sport all the way up until my sophomore year in high school where I realized that baseball was going to be a better path for me. I played both sports throughout high school, though.

Patrick Hennessy: What is your current pitch repertoire? Is there a pitch of yours that you feel most confident throwing?

Josh Rogers: After my first full season I can say I am very confident in throwing four pitches for strikes — fastball, slider, curveball, and changeup. The main focus for me was developing a Changeup and after working very hard this year on that I am excited to be able to use that in any given count.

Patrick Hennessy: Who has been the most impressive hitter you have had to face in the minor leagues so far?

Josh Rogers: Nick Gordon, being that he is only 19 and was in High-A with the Twins. He isn’t going to wow you with power but seems to have a really good approach for such a young kid and has a bright future.

Patrick Hennessy: Throughout your tenure in the Yankees organization, has there been one coach that has stuck out to you and was most influential to your game?

Josh Rogers: Tim Norton, my pitching coach this past season, was awesome. We got to know each other really well and he is a great pitching coach, but better person. He really helped me with my changeup and making positive changes in my delivery. Although I am the better golfer.

Patrick Hennessy: What is your current plan in order to stay fresh during the offseason?

Josh Rogers: Living back in Louisville using our facilities and really getting stronger in the weight room and coming into spring training in the best shape that I can be in and ready to compete for a roster spot somewhere.

Patrick Hennessy: Other than yourself, who is a player in the Yankees organization that fans should keep a lookout for?

Josh Rogers: I don’t think there is another organization in baseball with the talent that we have, I played with a lot of guys this year that are great players the few that stood out to me would be Chance Adams, James Reeves, Justus Sheffield, Gleyber Torres, and Jorge Mateo.

Josh Rogers: I think that having the changeup in my arsenal was the difference maker. I have always been a pitcher that will attack with a fastball and throw all my pitches into the zone.

Patrick Hennessy: What are some goals you have in mind looking into the 2017 season?

Josh Rogers: Just to stay healthy make all my starts and give my team a chance to win every fifth day that I am on the mound. I learned this year that controlling what you can control and not getting caught up in what everyone else is doing. I think that is what can separate you from the next guy … I am looking forward to next season and competing on the mound.

NEXT: Farewell, Papi: A Goodbye From A Yankees Fan