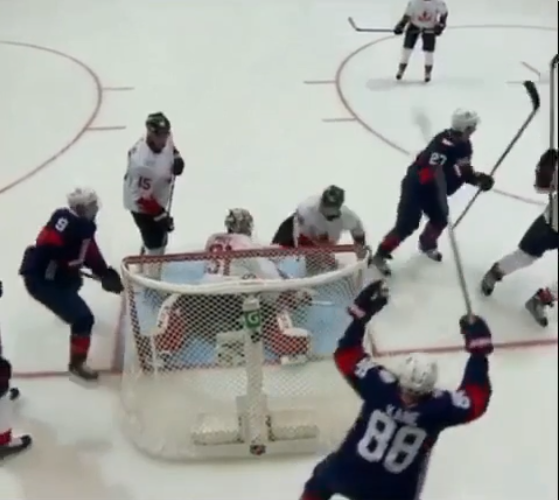 The World Cup has become interesting folks. Team Canada has scored twice only minutes after Ryan McDonagh started the scoring for USA.

Craziness has ensued at the 2016 World Cup of Hockey.

MAC TRUCK!
Ryan McDonagh gets USA on the board first!
1-0#NYR #USAvCAN pic.twitter.com/GSf89J8tyD

That excitement was short lived though, because Team Canada struck twice within one minute. Here’s Corey Perry‘s goal…

Abdelkader getting so gritty his contacts are popping out of his eyes pic.twitter.com/sMR8FM3Ek0

Oh, and the announcer introduced Carey Price as “Corey Price”.

Starting in goal #31 Corey Price. Anyone know who that is?? https://t.co/QUqmLH57JB

NEXT: Jimmy Vesey Scores A Beauty

MetLife Stadium will host 2026 World Cup games; no decision on final yet