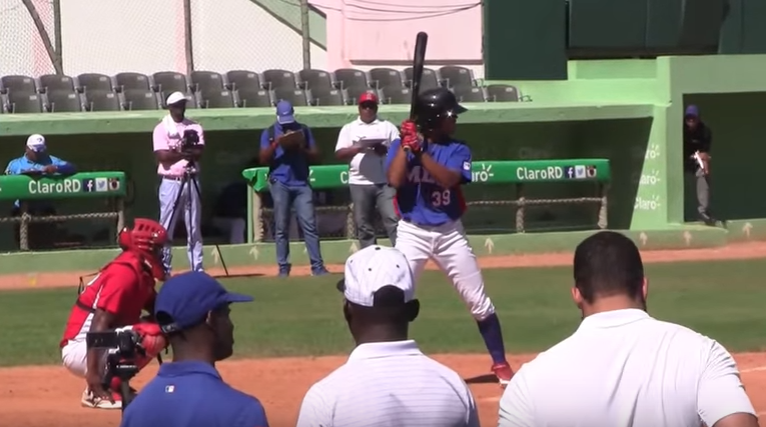 In this edition of ESNY’s New York Yankees Prospect Profile, we take a look at shortstop Wilkerman Garcia.

In July of 2014, the New York Yankees decided to pull the trigger and sign international free agent Wilkerman Garcia, from Venezuela, who received a signing bonus of $1.35 million.

Fast-forward two seasons and the kid is currently the number 11 prospect in the Yankees farm system, as well as being the third top shortstop being behind only the newly-acquired Gleyber Torres and Jorge Mateo, according to MLB Pipeline.

The 18-year old is an above average defender at shortstop. As a switch-hitter, he does a great job at seeing the ball well and making contact from both sides of the plate. The key tools scouts admire when looking at Garcia are his lighting fast speed and his amazing arm strength.

Take a look at what scouts have to say about the rest of his skills:

As seen by the grades, most of the upside in this kid comes from his bat and his speed. Scouts originally told Pipeline that they did not believe that the shortstop could remain at shortstop but the Yankees didn’t seem worried and he has excelled up the hole.

His bat is not one that carries much power but in his short tenure within the minor leagues, he has shown a great ability to control the strike zone and is able to spray the ball all over the field.

The ability to bat switch opens up an endless amount of possibilities for the young shortstop. Couple that with his lightning speed and Garcia’s equipped with abilities that are very coveted commodities within the MLB.

Garcia began his debut in professional baseball in 2015 at the young age of just 17. He spent most of the 2015 season with the Gulf Coast Yankees, where he put himself on the map and impressed all of the higher ups within the Yankees organization.

In 2015, Garcia split 39 games between the Dominican Summer League Yankees as well as the Gulf Coast Yanks. In those 39 games, he was able to accumulate a slash line of .299/.414/.362, which was more than impressive as a teenager.

The on-base percentage was one element of Garcia’s game that reached out at scouts. His approach at the plate is one of a veteran player who does not swing at bad pitches and waits for specific pitches within his wheelhouse.

Once 2016 arrived, Garcia was not able to replicate the same amount of success that he had in the previous season. He spent the entire season with the Yankees Appalachian League affiliate, the Pulaski Yankees. With Pulaski, Garcia would have his struggles at the plate, seeing a huge decline in batting average and on-base percentage.

The belief within the organization is that the struggles Garcia experienced in Pulaski were solely due to him trying to adjust to a new level at such a young age. The faith in him is still as high as it was before the season and knowing the veteran mindset of Garcia, he will continue to make adjustments that will naturally come to him as he matures.

With an MLB ETA of 2019, we should not expect to see the 18-year-old shortstop in pinstripes for quite a few years. Until then, we will continue to follow Garcia’s steps within the farm system and see if the switch-hitter progresses well enough to eventually make an impact in the Bronx.

NEXT: Is The Yankees Run Too Little, Too Late?