While it never helps to have a starting pitcher go down to injury, the New York Yankees may actually benefit from a CC Sabathia Injury.

CC Sabathia left with an apparent right knee injury during Sundays game vs. the Cleveland Indians.

While he was starting to pitch better, it turns out Sabathia felt he started pitching well because he stopped worrying about his surgically repaired right knee and was just letting it fly.

Nobody wants a player to get injured, but this injury could be a blessing in disguise for the New York Yankees. Manager Joe Girardi was walking the tightrope of being loyal to a veteran player and hurting the team by pitching Sabathia every fifth or sixth day.

Sabathia has produced for Girardi, over the years, and he felt Sabathia deserved to stay in the rotation, even though the results spoke otherwise. The Yankees should feel lucky this injury occurred now and not during a win at all costs game at the end of the season.

Even worse, Sabathia could have pulled a David Wells, in the 2003 World Series, by pulling himself out of a must win playoff game. A starting pitcher only going a couple innings in a playoff game can kill a bullpen for the entire series.

Sabathia has earned a long leash but it is time to put the best five starters in the rotation, starting now, and let that group lead the Yankees to an AL East Crown.

The starting rotation is the weakest part of this Yankees ballclub, but it may have just got a lot better now that Girardi’s loyalty to Sabathia will no longer cloud his judgment of putting out the players that give him the best chance to win. 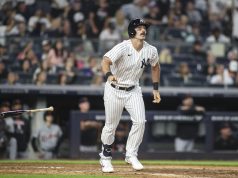 Matt Carpenter returning to the Yankees for ALDS? 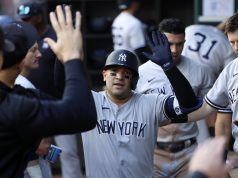 Would Yankees rather face the Cleveland Guardians or Tampa Bay Rays? 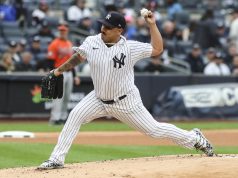