Suddenly, thanks to a 4-3 victory today against the hapless Minnesota Twins (59-61), the New York Yankees (67-52) are trending upward. A four wins in a row kind of upward.

Add on the brilliance of first base prospect Greg Bird and thoughts of World Series hopes in 2015 are once again swirling through the streets of New York City.

Not just once, but twice did Bird homer in Wednesday’s game against Twins starter Ervin Santana. Bird finished the game 2-for-4 with two runs and four runs batted in hitting out of the five-hole.

The more severe issue now is the notion that they’re are three capable players for only two spots: Alex Rodriguez, Mark Teixeira and Bird. However, that’s a story for another day.

Wednesday afternoon is all about the Bombers taking care of business against a team they needed to steamroll.

While the pitching wasn’t superior, the Yankees two strongest assets have came around. First the hitting. Eight runs on Monday and Tuesday respectively and four today have now brought this lineup back to a state of health. A place where we expect the second most powerful lineup in MLB to be.

The other area has been the stellar work of the bullpen, Dellin Betances in particular.

There was even an Alex Rodriguez sighting on Tuesday:

Dellin Betances was phenomenal during the series as well.

The Yanks now move to 67-52 and for the time being 1.5 games above the Toronto Blue Jays in the AL East. 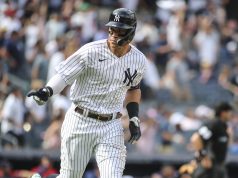 Aaron Judge’s ‘realm of reality’ may be rude awakening for Randy Levine, Yankees 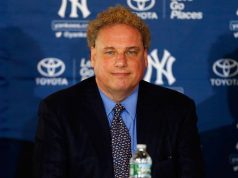 What happens if Yankees steal Edwin Diaz from Mets in free agency?

Aaron Judge to the Red Sox? It’s possible, but seems like a longshot 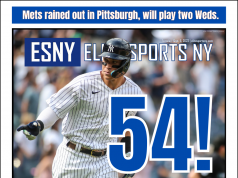