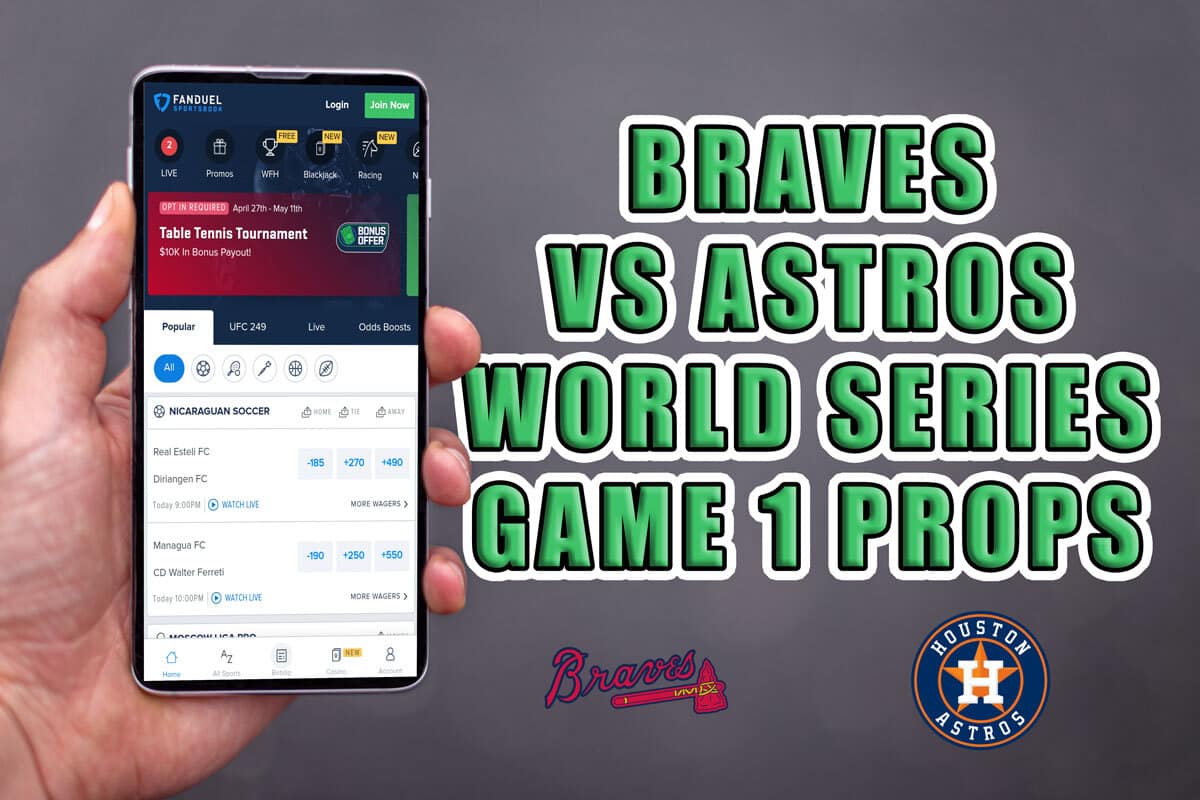 The entire world is waiting with bated breath as the Houston Astros and Atlanta Braves prepare for the start of the World Series. Game 1 is on Tuesday night and it features a pitching matchup of Framber Valdez and Charlie Morton. Valdez was incredible in Game 5 of the ALCS, going eight innings and only allowing one run. But we also know that Morton is at his best when the lights are brightest. Game 1 is going to start off with a bang one way or another.

Tuesday will mark the first time that Freddie Freeman faces Framber Valdez. Freeman’s numbers are worse against left-handed pitchers, but he did launch seven home runs off lefties in 2021. It’s not a complete mismatch when he’s facing a left-hander at the plate. In fact, Freeman might be able to jump on a pitch early.

Freeman is protected in the lineup by switch hitter Ozzie Albies. There may come a point in time where Valdez and the Astros feel more comfortable pitching to the lefty Freeman as opposed to Albies. It’s easy to forget that Freeman was the MVP last season and we expect him to show up like an MVP in Game 1 of the World Series. Grabbing +320 odds on Freeman to homer is a steal.

Use the state list below to get started with WynnBet, deposit $20, and bet $1 to win $100 if a touchdown is scored tonight.

Why not take a real longshot for Game 1 of the World Series? Eddie Rosario is probably going to be down in the lineup with the Braves facing a lefty, but he should still have plenty of opportunities at the plate. Rosario is coming off of an insane performance in the NLCS. He was flat out unstoppable at the plate, notching 14 hits in just 25 at-bats. No one is hotter than Rosario coming into this World Series and we are trying to take advantage of that here.

Obviously, +1000 odds are tough to win, but it’s worth it to sprinkle a little money on this prop. Rosario has had a few days to cool off between the NLCS and World Series, but we think he will be right at home in Houston on Tuesday.

DraftKings Sportsbook is offering new users the chance to bet $5 to win $200 on any NFL game this week. Click here to redeem this promo.

Will Home Team Bat in the Bottom of the 9th? Yes -125 (Caesars Sportsbook)

You have probably picked up on the fact that I like the Braves in this game. They are coming into the series with a bunch of hot bats and they have Morton on the bump. Nothing against Valdez, but I’ll go with the more experienced pitcher in this matchup.

The Astros have home-field advantage, but the Braves are going to steal that away with a win in Game 1. As a result, Astros to bat in the bottom of the ninth at -125 odds is a steal.