It’s difficult to imagine any more obvious and predictable outcome than this week’s announcement that the 2021 installment of “The Match” will pit Bryson DeChambeau against Brooks Koepka. The match will be contested only over 12 holes, which at first glance seems weird but on further consideration, it’s actually a great twist.

Watching two players head-to-head for possibly four and a half hours (or more if the match goes to extra holes) just isn’t that compelling. The 12-hole match forces both players to take each hole that much more seriously; you go three down through four, there might not be enough time to make a comeback. It should be an interesting watch, though another obvious and predictable outcome will be both of these players putting on fake smiles and saying they’ve put their prior feuding behind them. I’m not sure any of us are gullible enough to believe that.

In this guide for “How to Bet the Shriners Hospitals for Children Open” you’ll find our best bets and top picks.

This week, the PGA Tour heads to Las Vegas for the Shriners Hospitals for Children Open. It’s always funny to read that…of all the places to hold a golf tournament explicitly intended to benefit children, Sin City doesn’t exactly feel like a fit. Then again, so much of what happens on the Tour is confounding, so maybe this makes sense after all.

If we're doing a prize fight, no better place than the Vegas Strip, right? I hope this thing is spicy.

Brooks Koepka had a 2020-2021 PGA Tour season that many players could only dream of, but for Koepka, it was sort of meh. Probably the most memorable finish Koepka posted was his tie for second at the PGA Championship at Kiawah Island, where Koepka never made the move everyone expected him to make to overtake eventual champion Phil Mickelson.

Happy Shriners week, a reminder that a Martin Laird-Matthew Wolff-Austin Cook PGA Tour playoff is a thing that happened within the past year.

Still, Koepka had three top-10 finishes in last season’s major championships. He won the Waste Management Open in February. Koepka’s FedExCup playoff performance left a lot to be desired, but whatever issues he was having at the end of the season appeared to have been fixed by the Ryder Cup. Koepka won his singles match over Bernd Wiesberger, and paired with Daniel Berger to earn a point in the Friday morning foursomes. Koepka’s 2-2 record at the 2020 Ryder Cup looks worse than it is; the two points he dropped came in team matches against Jon Rahm and Sergio Garcia, who won three matches as partners in the event. Koepka enters this tournament healthy and in good form. He might win it; he’s certainly likely to finish in the top 10.

Click here and use promo code ELITE1000 to sign up with Barstool Sportsbook NJ and get a $1,000 risk-free first bet.

In September of 2020, Matthew Wolff appeared to have announced himself as a young, burgeoning star. Wolff finished second alone at the U.S. Open at Winged Foot, and while his final round 75 cost him the title, it seemed like that was just a learning experience for a huge talent with a limitless ceiling.

Since that finish, though, Wolff has struggled mightily. At first, Wolff’s difficulties only appeared to be related to physical injuries. In August of 2021, though, Wolff disclosed that he had been battling what Golf Digest termed “mental-health issues.” At some level, this courageous explanation made a lot more sense than the idea that Wolff just suddenly forgot how to play golf.

Wolff is slowly working his way back into form. He finished in a tie for 17th last week at the Sanderson Farms Championship. Wolff finished tied for second at the Shriners last year, losing in a three-way playoff, so he likely has a comfort level at this site. This pick is an attempt to get a high-level talent at decent odds before his play makes that impossible going forward.

Click here to get a $1,000 risk-free first bet from FanDuel Sportsbook.

Scottie Scheffler was one of the last players selected for the United States Ryder Cup team. Scheffler proved that captain Steve Stricker’s faith in him was justified. Scheffler was undefeated at the Ryder Cup, winning two and a half points (including a singles win over world #1 Jon Rahm).

What Scheffler has yet to do is win a PGA Tour event. That could well change this week. TPC Summerlin is another Tour course that yields an enormous amount of birdies. The three players who played off at this event last year finished at 23 under par through 72 holes. Scheffler ranked seventh in birdies on Tour last season. This is precisely the sort of event that a player like Scheffler is apt to make his first career win. 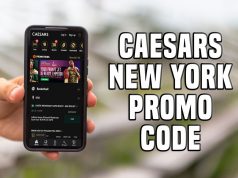 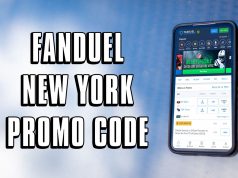 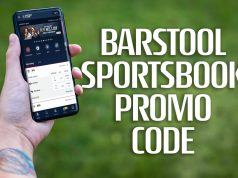