With the return of the NFL this weekend comes that rush of adrenaline as bettors sort out their betting cards for Week 1. While sides and totals provide considerable opportunity for action with a full slate of games, there is also value to be found amongst the player props. The expansion of legal online sports betting has led to exploding props market and the action on these player-specific markets figures to be at an all-time high this season.

Let’s take a look at our favorite NFL player prop picks for Week 1 and break down each selection with full betting analysis.

Our top NFL Week 1 player prop picks focus on two quarterbacks and a young rookie running back, who is looking to make a big splash in his first regular season game. Two of our prop picks come at reasonable prices, while the other requires a hefty risk. That said, we still love it. Let’s get on with the picks.

Click here to sign up with DraftKings Sportsbook and earn $200 in bonuses for placing a $1 bet on any NFL game.

Burrow, Cincinnati’s second-year franchise quarterback, returns from an ACL injury that cost him more than six games of his rookie season. He showed all the makings of a star when on the field, covering the spread in all three home games, including twice as a dog.

Burrow eclipsed this prop’s yardage number five times in nine full games, including three times in his first four games as a pro. He will have the added benefit of facing a Minnesota pass defense that was the league’s ninth worst last season, allowing 258.8 yards per game through the air.

You witnessed in the Dallas-Tampa Bay game Thursday night the edge a good passing offense can have early in the season, especially with a truncated preseason.

Bet $10 on any NFL game and win $200 if that team scores in Week 1 with BetMGM by clicking right here.

Burrow has a quality running back to keep the linebackers honest and possesses plenty of receiving talent between Tyler Boyd, Tee Higgins, and rookie Ja’Marr Chase to whom to get the ball against a revamped Vikings secondary. Burrow’s 40.4 pass attempts per game average (even missing nearly half of the Washington contest due to injury) would have placed him second in the league last season. You have to figure he will come out slinging again here against a Minnesota defense that ceded the 10th most pass attempts per game in 2020.

This one isn’t cheap, but it sure seems worth the initial heavy risk. Can you even imagine Winston NOT throwing an interception somewhere in this one? Hell, Tom Brady threw two Thursday night, one on a Fournette drop and another on a Hail Mary at the end of the first half.

Click here to sign up with FanDuel Sportsbook and take advantage of a 40/1 NFL moneyline odds boost.

That’s all it takes sometimes. But, Winston has proven he is likely to give us far more opportunities at a pick than just those oddities. This is the guy who still holds two dubious NFL interception records, one for the most pick-sixes in a single season (7) and another for being the only player in league history to throw for 30 touchdowns and 30 interceptions in the same season. That means he’s throwing the ball a ton and he’s making a large number of mistakes.

In fact, he threw at least one interception in 12 of his 16 games that season (75.0%). More errors are likely here, given that he will be starting his first game since the end of that fateful 2019 season and will be a home dog to a Packers team that was tied for 12th best in the NFL last year in interceptions per game, closing the season with a three pick effort.

Lay the big price tag and let Jameis do his thing.

The Pittsburgh Steelers’ major deficiency in their 2019 and 2020 regular season losses to the Buffalo Bills centered around the ineffectiveness of their running backs. In comes highly touted rookie Najee Harris from Alabama, who fits the type of back Ben Roethlisberger will adore immediately.

Register with Barstool Sportsbook by clicking here and use promo code ELITE1000 to grab a $1,000 risk-free bet to start off with during Week 1.

Harris has the build to wear down a defensive line, but also has tremendous hands, hauling in 73 of 75 catchable balls since 2019 as a Crimson Tide star. We all still remember what a weapon Le’Veon Bell was for Big Ben during his time in a Steelers’ uniform and, while we surely aren’t dubbing Harris the next Bell, he certainly has exhibited the skill set to be able to catch four balls or more in this one.

Bell averaged over five catches per game with Pittsburgh and now that Roethlisberger is 39 and getting the ball out as quickly as possible, Harris could rival those numbers this season.

The Steelers already threw the ball 2.7 more times per game than any other team in the league in 2020 and could find themselves trailing the heavily favored Bills late in this one once again. If so, with Buffalo in a keep-it-in-front defense, Harris should see a few opportunities for some dump-offs to seal a win for this prop if things get dicey. Buffalo’s success last season meant opponents chasing the game in most second halves.

As such, Buffalo saw the ninth most pass attempts against in the league (36.5), including the fifth most at home (39.0), where they went 9-1. Again, an abundance of chances is likely for Harris in this one.

Get a $5,000 risk-free first bet and a free NFL jersey at Caesars Sportsbook this weekend. 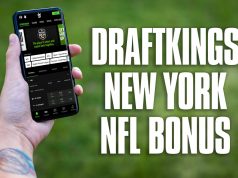 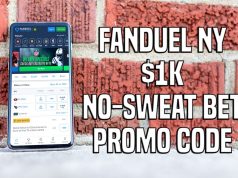 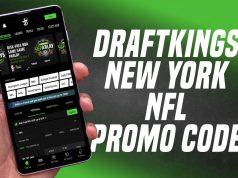 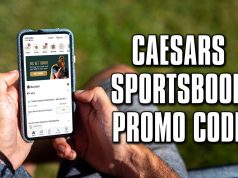 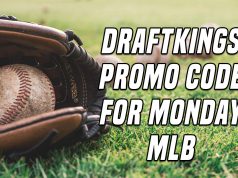 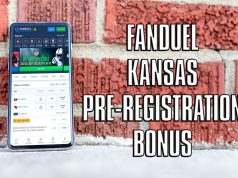 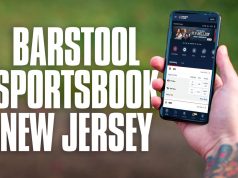 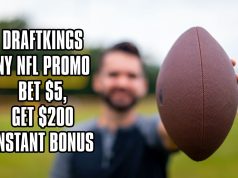 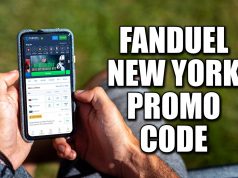 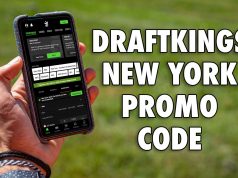