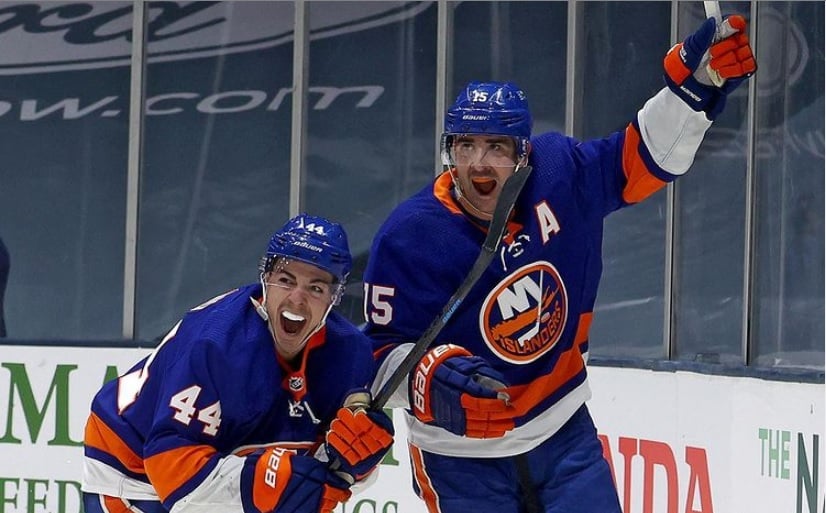 The Pittsburgh Penguins continue their trek through the state of New York with a stop in Long Island tonight against the Islanders.

Let’s take a look at this Eastern Division tilt in our Penguins vs. Islanders betting preview with odds, picks and predictions.

The Penguins are playing their first game in five nights this evening after suffering a 3-1 loss to the New York Rangers on Monday night.

Pittsburgh’s injury woes continue to hamper their blue-line depth, with all six starting defensemen either battling through nagging issues or out on injured reserve.

The proof is in the pudding with the Pens, who have allowed three or more goals in nine of their first 10 games this season. The Islanders skate into this contest on a five-game losing streak, with the club still having issues scoring consistently.

The Isles rank 30th in the league in goals scored and 27th in both total scoring chances and high danger scoring chances. To make matters worse, New York has given up 18 goals during this losing skid, which could lend itself to a high scoring affair tonight if both defensive units are taxed out in current form.

The Penguins have lost six of their last seven meetings against the Islanders and are 1-7 in their last eight road contests.

Here are the lines for Penguins vs. Islanders at DraftKings Sportsbook:

The 33-year old superstar captain has four goals and four assists on the season, and with their issues on defense, the Penguins are going to have to play more of an up-tempo style to win, even when facing a defensive-minded squad like New York. Crosby has 36 goals and 78 assists in 71 career games against the Islanders.

The Islanders need to slow down this Penguins offense if they wish to win this contest tonight.

That means getting back to basics, disrupting the Penguins’ timing on offense, and back-checking well in their own end, along with controlling the pace of play in the neutral zone.

The Pens have issues as well on defense right now, so the scoring chances will be there for New York, but they have to be responsible in their own end first to earn two points this evening.

At a lower total number, I like for this game to go over 5.5 goals.

Pittsburgh has issues on the blue-line, the Islanders have problems scoring and have had to rely so much on their defense that they have been worn down and allowing tons of goals during their losing streak. Look for both clubs to play with a higher pace and clear this total tonight.

It’s a good spot for this struggling Islanders squad to face a weakened Penguins team that has to make up for their defensive injuries. I like the home side to win this 4-3  and wouldn’t be surprised if we see this go into overtime.

Click here to get a $600 risk-free first bet with BetMGM.