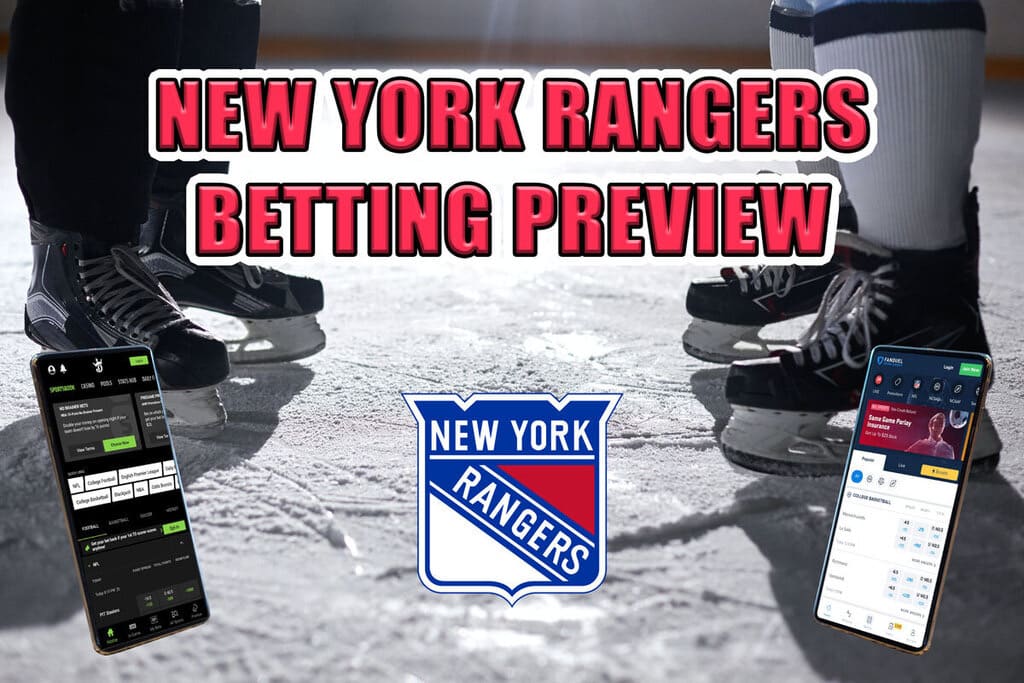 Two struggling clubs clash in Western New York on Tuesday night with the New York Rangers taking on the Buffalo Sabres in the first of a two-game series.

Let’s take a look at this Eastern Division showdown from a betting perspective in our Rangers vs. Sabres betting preview with odds, picks and predictions.

The New York Rangers head into this road contest losers of their last three, including a pair of one-goal defeats versus Pittsburgh, where they outshot the Penguins in both contests, only to give up leads late in the third period. Goalie Alexandar Georgiev will get the start tonight after Igor Shesterkin started the previous two games. The 24-year old Bulgarian native is 2-1 with a 2.02 goals-against average in his three starts against Buffalo.

The Sabres are coming off of a 4-3 win against a Capitals squad that was missing Alex Ovechkin and Ilya Samsonov along with two others due to COVID-19 protocols. Buffalo has been involved in some high-scoring affairs of late, with exactly seven total goals scored in three of their last four games. With both clubs having some issues defensively, we may see an abundance of goals in this matchup tonight.

Here are the lines for Rangers vs. Sabres at DraftKings

The “Breadman” needs to have a game tonight in order for the Rangers to get a victory here on the road and end their losing skid. The 29-year-old Russian is on a three-game point streak with four assists and he has two goals on the season. In 12 career games against Buffalo, Panarin has five goals and eight assists. I like for the superstar to continue his point streak tonight with a goal in this contest.

The 25-year old Swedish native leads the club with three goals on the season, scoring in each of the Sabres’ last two victories, including Sunday versus Washington. At +245, there is some good value with Olofsson to score again this evening.

Both clubs have some goaltending issues right now, with the Sabres splitting net time between Carter Hutton, who is eligible to return for this game after being day-to-day with a head injury, and Linus Ullmark. The latter is the better of the two goalies, but he has struggled in two appearances versus the Rangers. He’s 0-1 with a 4.84 goals-against average and a .846% save percentage.

On the flipside, Alexandar Georgiev goes between the pipes for New York, where he is 2-1 against Buffalo, but will need his defenders in front of him to slow down this Sabres club that ranks fifth in high-danger scoring chances, with 52 on the season. I like this game to go over the total of six goals tonight.

The Rangers have won seven of the last nine meetings with Buffalo, but they have some issues to sort out and while these clubs should both get their offenses rolling, I like the Sabres to pick up a 5-3 win at home this evening.