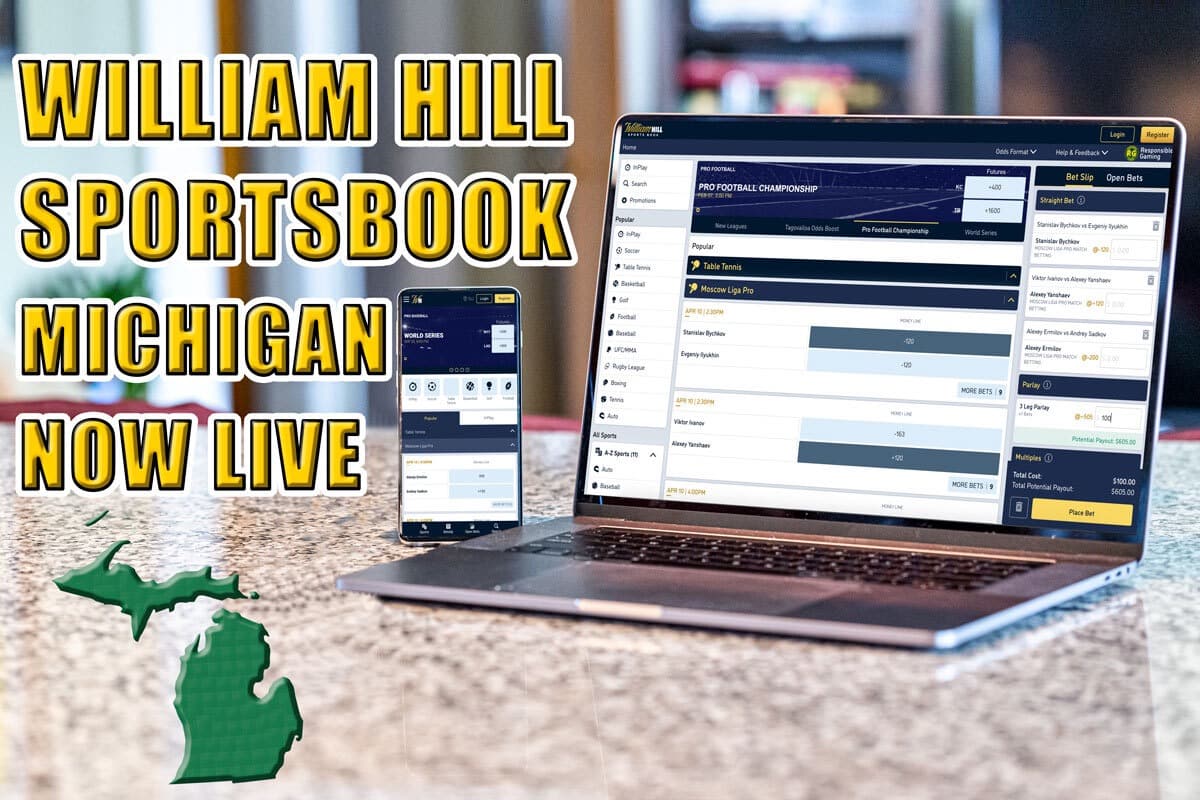 In what has immediately proven to be an extremely active betting market in the first hours afters following launch, William Hill Michigan has quickly climbed among the leading online sports betting apps in the state. Aiding its initial sprint out of the gate is an awesome sign up bonus promo that gives players a $500 risk-free first bet.

Click here and use promo code ESNYXLRF to get William Hill Michigan and cash in a $500 risk-free first bet.

William Hill, which initially formed as a leading gaming company in the U.K., began operations in the United States soon after PASPA (which made it illegal for states to offer sports wagering) was lifted back in 2018. The company immediately found success following promising launches in a handful of states that were quick to introduce legal online sports betting and that success is expected to continue in Michigan.

William Hill Michigan has one of the best new player bonus offers in the state with a $500 risk-free first bet. Here’s everything you need to know about it.

Players who win the first wager will be credited with a standard win, while those who lose will be reimbursed up to $500 within 72 hours (typically much sooner) by William Hill Michigan.

Getting started with William Hill Michigan is an easy process that takes only a moment to complete.

William Hill Michigan players can place bets using desktop or laptop computers, but we suggest the app (available on iOS and Android) to bet anywhere within the state’s limits at any time.

Without question, Michigan bettors are thrilled about the timing of the state’s rollout of legal online sports betting. True, the process did take nearly 13 months from the time online betting was legalized in Dec. 2019 until Friday’s launch, but it comes at a good time nonetheless. That’s because the NFL conference championship round is here, one that provides two incredibly intriguing matchups on Sunday afternoon and evening.

In the NFC Championship Game, the Bucs and Packers will go head-to-head, headlined by a showdown between future Hall of Fame quarterbacks Aaron Rodgers and Tom Brady. This is expected to be a hotly-contested matchup as oddsmakers at William Hill Michigan currently have the Packers favored by 3.5 points.

In the AFC Championship Game, despite star quarterback Patrick Mahomes receiving clearance to play, the Chiefs are just a three-point favorite over Josh Allen and the red-hot Bills.

Click here and use promo code ESNYXLRF to get William Hill Michigan and cash in a $500 risk-free first bet.