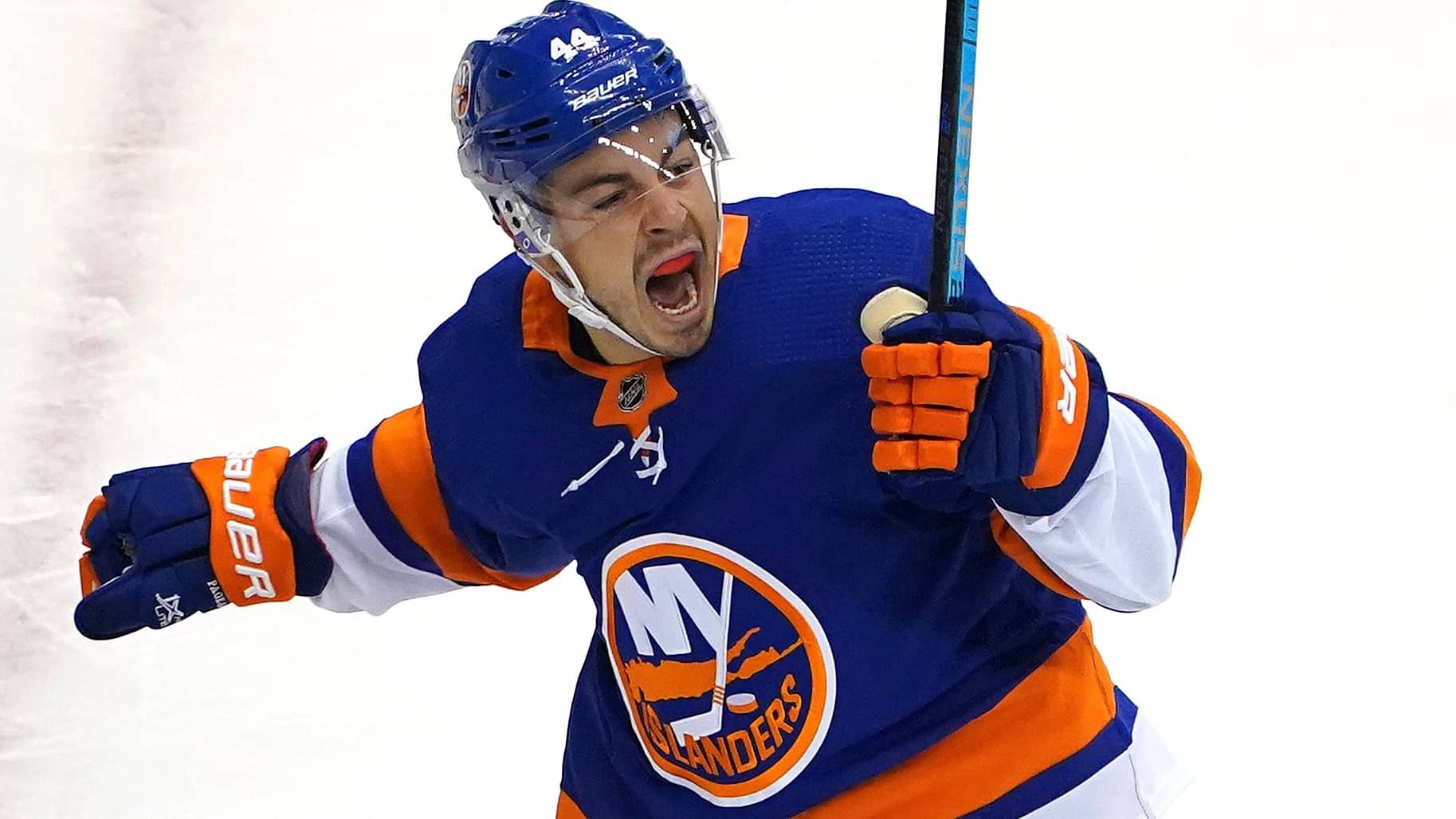 Two long-time division rivals clash on Thursday night in Long Island as the New York Islanders host the New Jersey Devils in the first of eight meetings on the season and the start of a two-game home-and-home series.

Let’s take a look at this showdown from a betting perspective in our Devils vs. Islanders betting preview with odds, picks and predictions.

The New Jersey Devils picked up their first victory of the early season, beating the New York Rangers 4-3 at Madison Square Garden on Tuesday night.

The Devils scored just 16 seconds into the contest thanks to a shot from Travis Zajac. Centerman Jack Hughes added a pair of goals and an assist as well. Makenzie Blackwood was superb in net, making 47 saves on 50 shots faced.

Meanwhile, the Islanders won on Monday afternoon, eekeing out a 1-0 decision at home over the Boston Bruins. It took over 55 minutes of play before Jean-Gabriel Pageau broke the deadlock for the only score of the contest.

Sergei Varlamov posted his second consecutive shutout of the season, making an impressive 27 saves in the effort.

Here are the lines for Devils vs. Islanders at DraftKings Sportsbook:

The 25-year-old native of Buffalo has been on fire to start the 2021 season, scoring three goals on 11 shots and adding an assist in three games. The six-year veteran has two goals and three assists in 13 career games against the Islanders.

There is a tremendous amount of value on this prop for a player who is arguably the Devils’ best in terms of current offensive rhythm. Look for him to get his fourth goal of the season in this contest.

The New York Islanders showed great balance between offense and defense during the Stanley Cup Playoffs last fall, but outside of their season opening 5-0 blowout of the New York Rangers, this Isles squad has just one additional score over their last two contests. In order to get a victory here, they need to get their offense in gear, especially against a Devils club that yielded 50 shots in their last game against the Rangers and 37 shots in their season opener against the Bruins.

Game to End in a Tie After Regulation (+316 at DraftKings)

NOTE: This play is listed under different names depending on your Sportsbook of choice. Some call this a 60-Minute Line, others a 3-Way line or Regulation Line.

These two teams play things close to the vest offensively, with four of their last six meetings going under the total. Notably, three of the last five showdowns went past regulation.

New Jersey has already been in two overtime games thus far and the Islanders nearly went into extra time in their last battle with Boston. I like this game tonight to take more than 60 minutes to be completed.

Both of these clubs are more defensive-minded, which means the scoring chances might be few and far between. With New York having better offensive talent, I’ll back the Islanders to pick up a 3-2 decision in the shootout.