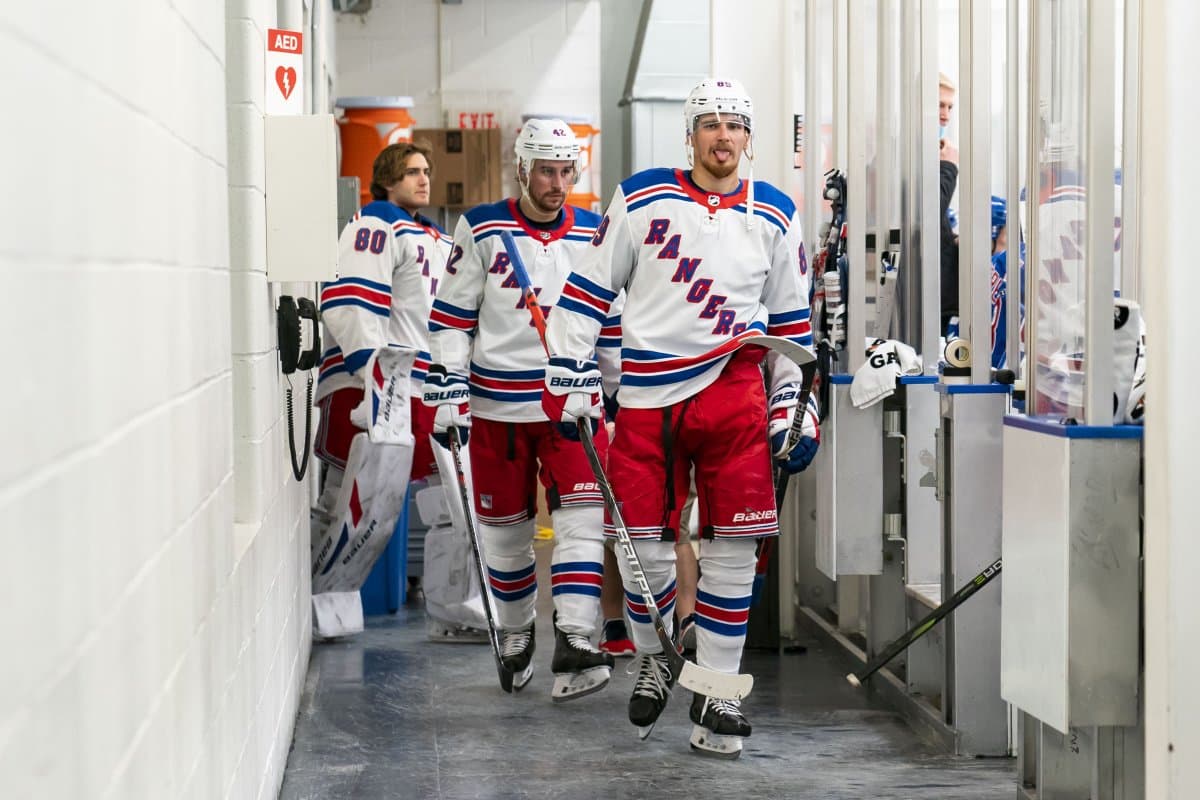 The second installment of the Battle for New York takes place on Saturday evening back at Madison Square Garden as the New York Rangers look to exact some rapid revenge on the New York Islanders.

Let’s take a look at this rivalry showdown from a betting perspective with a dive into some Rangers-Islanders odds, picks and predictions.

The New York Islanders wasted no time opening up their 2021 campaign with a big statement on Thursday night, scoring three goals in the first period en route to a 4-0 shutout victory. Goalie Semyon Varlamov picked up the win in net, and recorded his 28th career shutout.

The Isles got a pair of big goals from forward Anders Lee, as well as a tally from Mathew Barzal, who we recommended a play on to score a goal last game, which cashed as a +250 prop.

Rangers netminder Igor Shesterkin looked lost for the first time in his brief NHL career, giving up four goals on 33 shots, and the players in front of him didn’t help matters one bit, as the Rangers made frequent rounds to the penalty box, committing eight minors, leading to a pair of goals for the Islanders.

Here are the lines for Islanders vs. Rangers:

The 30-year old Minnesota native picked up a pair of goals in the opener on Wednesday, giving him his 9th and 10th career tallies in 25 games against the Rangers. The only team he has scored more goals against in his career is the New Jersey Devils, with 11. Look for him to continue to be a big presence in front of the net tonight

The Rangers have to make sure to avoid having a horrendous first period in this contest, compared to Wednesday night, when New York took three really bad penalties, did a terrible job of backchecking and positioning themselves defensively, and when the horn sounded to end the frame, the Islanders headed to the locker room with a 3-0 advantage on the scoreboard.

The “Breadman” as he’s known across the league, needs to be hot and fresh like a loaf out of the oven for his Rangers to win this game tonight. Panarin was held to only two shots on goal Wednesday night, and the 29-year old Russian who has eight goals and 15 assists in 16 career contests versus the Islanders, will have to not only get thing done on his own accord, but also open up things more for his linemates, especially on the power play.

These two teams find ways to score in completely different styles, with the Islanders using their size and strength to establish good positioning, especially when screening goaltenders in front of the net, while the Rangers are a more free flowing team, utilizing their speed on the breakout to create open passing lanes and misdirection on the defense’s part to their advantage. The over is on a 4-2-1 run in the last seven meetings between these clubs at Madison Square Garden, dating back to October 2017.

We’ve seen a short sample size around the league in the first four days of the season where teams who lost the opener of these two-game sets bounce back to take care of business in the second meeting, and that’s what I’m expecting to see from the Rangers tonight after a sloppy first performance. They will get the offense rolling en route to a 5-3 victory at home to even up at .500