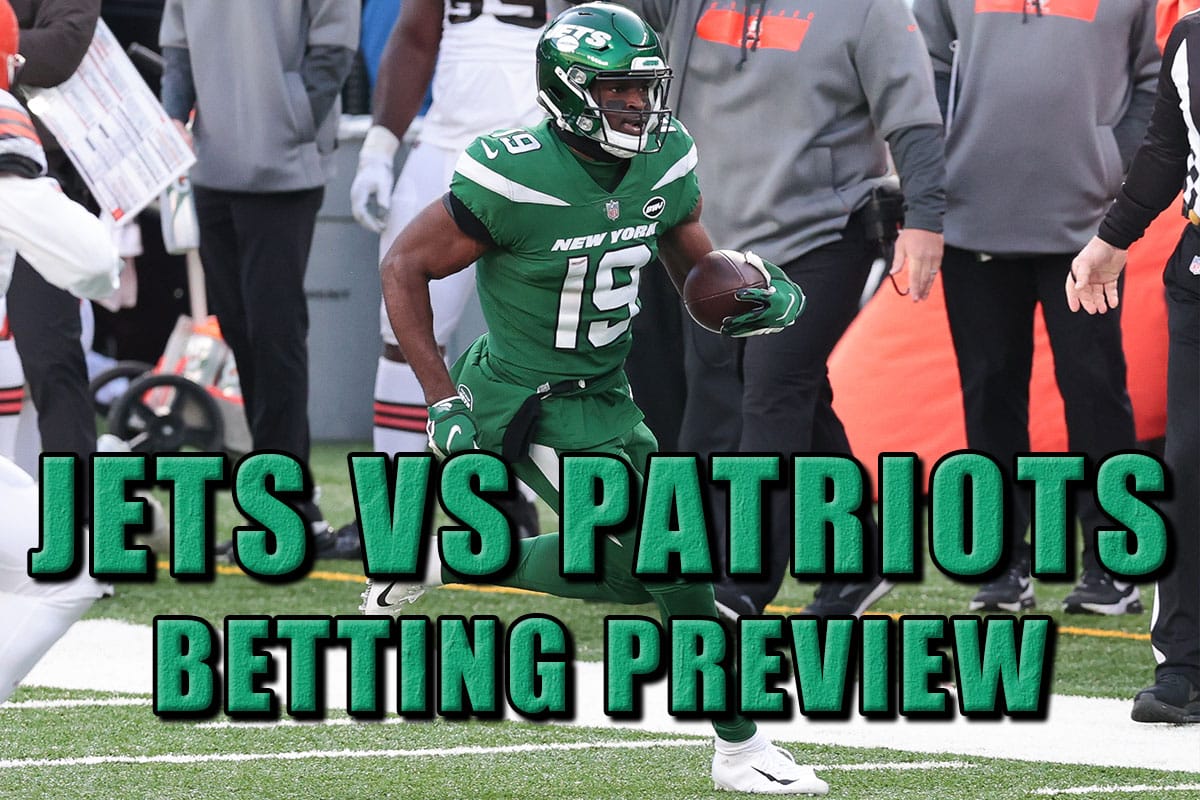 I’m sorry, but are the Jets hot right now? After dropping their first 13 games of the season, the Jets have won two straight (against the Rams and Browns) and are locked into the No. 2 overall pick in the upcoming draft. They’ll take on the division-rival Patriots in the final game of this disgusting regular season.

Will the Jets be able to finish strong and win their third consecutive matchup? Let’s take a look at the Jets vs. Patriots odds and provide our picks and a prediction.

The Jets have won two straight and are starting to find a rhythm despite the fact that the season is nearing its conclusion and head coach Adam Gase is certainly on the brink of being fired.

The Patriots, on the other hand, are not so hot. They’ve lost three consecutive games all by more than one possession, with the most recent loss coming at the hands of the Bills by a score of 38-9. New England is out of playoff contention and will not be playing postseason football for the first time since the 2008 campaign.

Given the recent outcomes for either team, I’m advising you to take the Jets with the spread and to win outright.

With the Jets having defeated the Rams and Browns the last two weeks, it’s odd how the oddsmakers placed them as 3.0-point underdogs to the Patriots. New England is nowhere near as good as Cleveland or Los Angeles, so this spread is definitely unusual.

But regardless, I believe the Jets will cover. They possess the momentum and have begun to find an offensive rhythm while the Pats have put up an average of 8.0 points over the last three weeks.

The Pats are also dealing with an absurd number of injuries; 21 different guys are listed on their Week 17 injury report.

Expect the Jets to come out motivated to finish the season strong and overwhelm this weak Patriots offense, which will lead to them covering in Gase’s final game as head coach.

For what it’s worth, the Jets have covered the spread in two of their last three meetings with the Patriots. They covered +8.5 when they lost to New England 30-27 back in Week 9.

Jets-Patriots Total: Hammer the Under

I understand this total is incredibly low at over-under 39.5, but these offenses are just too putrid to imagine the over hitting whatsoever.

Sure, the Jets are finding a rhythm, but that doesn’t mean the offensive unit is fantastic just yet. Gang Green is still putting up just 15.3 points per game — a league-worst mark. The Patriots are 28th in the NFL in those regards with 19.9 average points.

You also need to take into account the strength of the Patriots defense, which is 11th with 22.6 points allowed per game.

Quite honestly, too many signs point toward the under hitting in this game. Not to mention, the under has hit in three of the last five Jets-Patriots matchups, dating back to Week 12 of 2018.

Jets-Patriots Prediction: Take the Jets on the Moneyline

As we mentioned before, the Jets are hot and the Patriots are not — wow, how many times have we been able to actually say that?

The teams New York recently beat are still in contention for the postseason and are both better than New England, a ballclub that sits at a rough 6-9 heading into the final week.

That, paired with the significant number of Patriots injuries, should lead to the Jets winning this game outright. It would be the Jets’ first win over their division rivals since the 2015 campaign.

The Jets will continue the momentum they’ve built as the season closes, ousting a weak Patriots team for the first time in five years.