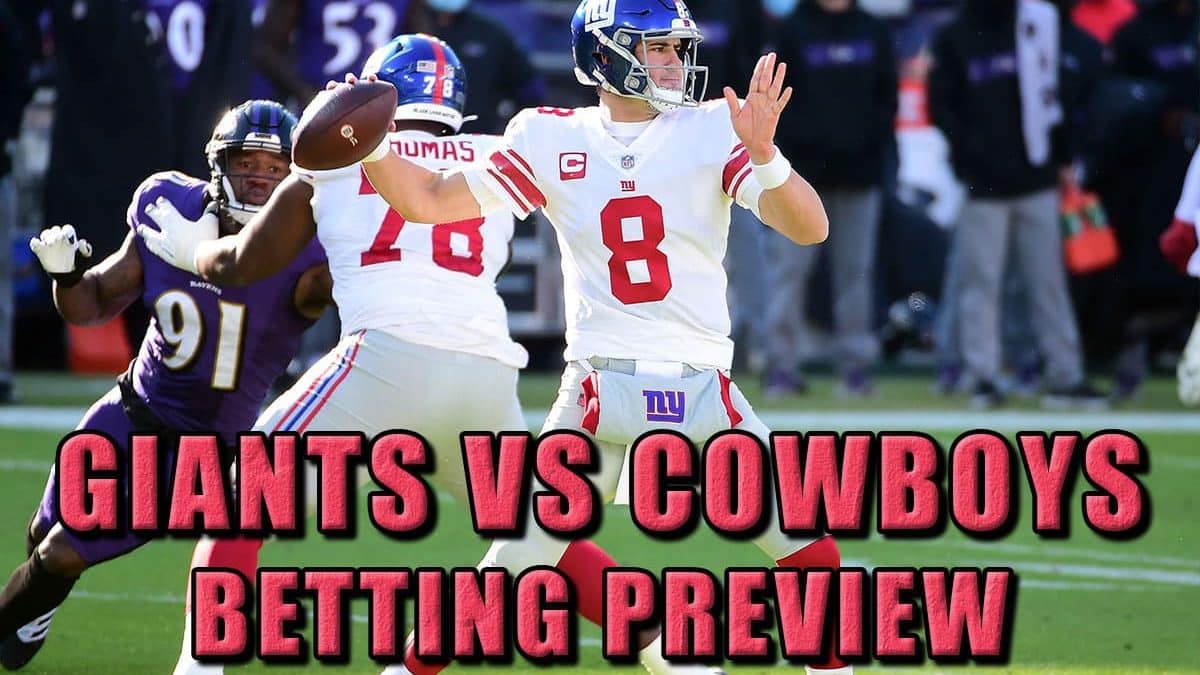 The Giants are in third place in the NFC East but are just a game back of the division lead ahead of the regular-season finale. In order to snatch the division crown and advance to the postseason, they’ll need to defeat the Cowboys at home this Sunday afternoon and then have the Eagles oust Washington on Sunday Night Football.

Will Big Blue be able to get the job done and win its first division title since the 2011 season? Let’s dive into our Giants vs. Cowboys odds, picks, and prediction.

The Giants are currently in a slump, having lost the last three games. The last time they emerged victorious was when they defeated the Seahawks out in Seattle in Week 13. With the offense having combined for just 26 points over the most recent trio of defeats, Jason Garrett’s unit will need to step up and at least try to take some pressure off this Giants defense, a group that’s been strong for much of the year.

The Cowboys, on the other hand, are red hot. They’re on a three-game winning streak, defeating the likes of the Bengals, 49ers, and Eagles. It’s the same situation as the Giants: if Dallas wins this game and then Washington loses thereafter, the Cowboys win the NFC East and head to the playoffs.

Taking everything into consideration, it might be wise to bet on the Cowboys.

I’m sorry, Giants fans, but there are just too many factors that favor the Cowboys in this game and not many that favor New York.

Despite traveling for this matchup, the Cowboys are on a roll and look like a team that could win a Wild Card game if it were to advance to the NFL Playoffs. Quarterback Andy Dalton is playing at a high level while the offensive unit as a whole is doing a great job taking the pressure off a weak Dallas defense (30th with 30.0 points allowed per game).

Not to mention, the Giants’ injuries could play a significant role as well. Daniel Jones recently noted he’s still not 100% and will be limited for the time being, meaning he won’t be able to escape the pocket as easily.

The Giants will enter motivated, and I think the final score will certainly be close, but the Cowboys will ultimately oust this New York squad by 3-7 points.

Bet the Cowboys (or Giants) with the spread at DraftKings Sportsbook here.

Giants-Cowboys Total Pick: Hammer the Over at all Costs

But given how this Cowboys offense has played as of late, I can see Dallas contributing fairly to the total. The Cowboys are averaging 36 points per game over the last three weeks while the Giants defense is allowing 24.3 average points.

The Cowboys defense, while improving, still isn’t all that talented either. I mean, the unit did give up 33 points to a 49ers team led by Nick Mullens — not all that impressive of a mark. Expect the Giants to put up a slightly significant number of points on the board, which will help propel the total to over 45.0.

For what it’s worth, the total in the Giants-Cowboys Week 5 matchup went over by 19 points. Of course, Dak Prescott played for much of that game, but the Dallas offense is starting to find its rhythm without him.

Sign up with FanDuel Sportsbook here to get $1,000 in free bets.

Again, sorry Giants fans. The Cowboys are just the better and more talented team right now. Heck, just look at their offense. Each of the Cowboys’ top three receivers — Amari Cooper, CeeDee Lamb, and Michael Gallup — could easily be a No. 1 wideout on the Giants.

Dallas is red hot and the Giants are ice cold, and there’s no getting past that. The Giants ultimately improved in 2020 in their first year with Joe Judge at the helm, but won’t be able to get the job done at the right moment.

The Cowboys will snatch this victory and stretch their win streak over the Giants to eight (dating back to Week 1 of 2017).

Too many factors — injuries, momentum, etc. — aren’t favoring the Giants at the moment, which is why the Cowboys should ultimately win this game. Given it’s a huge division game, it’ll be close, but expect the Cowboys to get the job done.