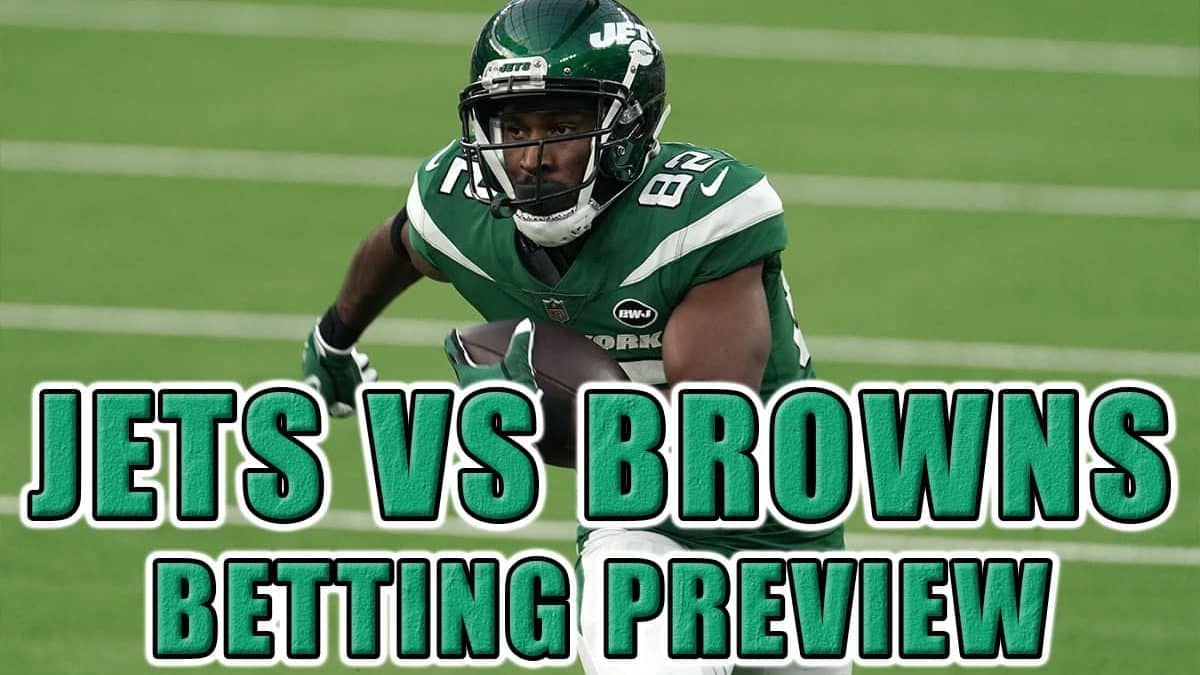 The Jets have finally won a football game in 2020, defeating the Rams out in California by a score of 23-20 in Week 15. However, they’ll have another tough opponent on their hands when they face the Browns on Sunday.

Could the Jets actually construct a winning streak and win their second game of the year? Let’s take a look at the Jets vs. Browns odds and provide our picks and a prediction.

The Jets pulled off the upset of the year last week when they defeated the Rams 23-20 at SoFi Stadium. With that, they now possess the No. 2 overall pick in the upcoming NFL Draft and actually own momentum heading into their Week 16 matchup.

While the Browns are the more talented team in this game, I could see the Jets somehow covering the 10.0-point spread, which isn’t the widest it’s been for Gang Green.

I’m not saying the Jets will win this game, but they’re definitely playing harder and are more focused than they once were, which could lead to the final score becoming closer than some may believe.

Yes, I’m telling my readers to take the Jets with the spread.

While this team isn’t good by any means, it has improved over the second half of the season. The Jets came close to defeating the Patriots and Chargers and would’ve beaten the Raiders if it weren’t for Gregg Williams’ insane cover-zero blitz call in the waning seconds.

With the talk of drafting Trevor Lawrence having concluded (at least for right now), Sam Darnold can block out the noise even further en route to undergoing his best game of the year.

The Browns defense isn’t as talented or successful as the Rams defense, so Darnold and the Jets offense improving on Sunday isn’t an unheard-of scenario whatsoever.

The Browns are 6-8 against the spread while the Jets are 5-9. The Browns have also failed to cover in eight of their last nine road games against in-conference opponents.

Jets-Browns Total: Hammer the Under

I do, in fact, believe the under will hit in this game though.

The Jets offense will be better than it has, but what does “better” really mean for this putrid group? Over 20 points?

New York’s score will still only hover around that mark, so the Browns will need to max-out at around 24-27 points in order for the under to hit.

It could be a closer game than some may believe, but given the Jets’ lingering issues on the scoring front along with the defense’s improvement (the unit only allowed a Sean McVay-led offense to score 20 points last week), I think the under will hit by just enough (maybe around 46-47 points).

For what it’s worth, the under has also hit in five of the Browns’ last six matchups with AFC East teams.

Jets-Browns Prediction: Take the Browns on the Moneyline

First off, I would like to apologize to those who I told to take the Rams moneyline (-1667) last week, which obviously did not hit. However, I did have my hands tied, given the Jets’ putrid Week 14 performance against the Seahawks in which they lost 40-3.

While this game could be close, I still see the Browns finding a way to emerge victorious. They’re the more talented team by a wide margin and are motivated to finish the season strong and potentially win the AFC North.

The Browns possess the better units on either side of the ball as well as the better coach and quarterback. Mistakes will be made by them, but I ultimately think they’ll still win their 11th game of the season.

Not to mention, the Jets have lost each of their last seven home games.

The Jets will continue to improve against the Browns on Sunday, but Cleveland is still the more talented team and should find a way to win.

Click here to get a $250 first deposit match with PointsBet.